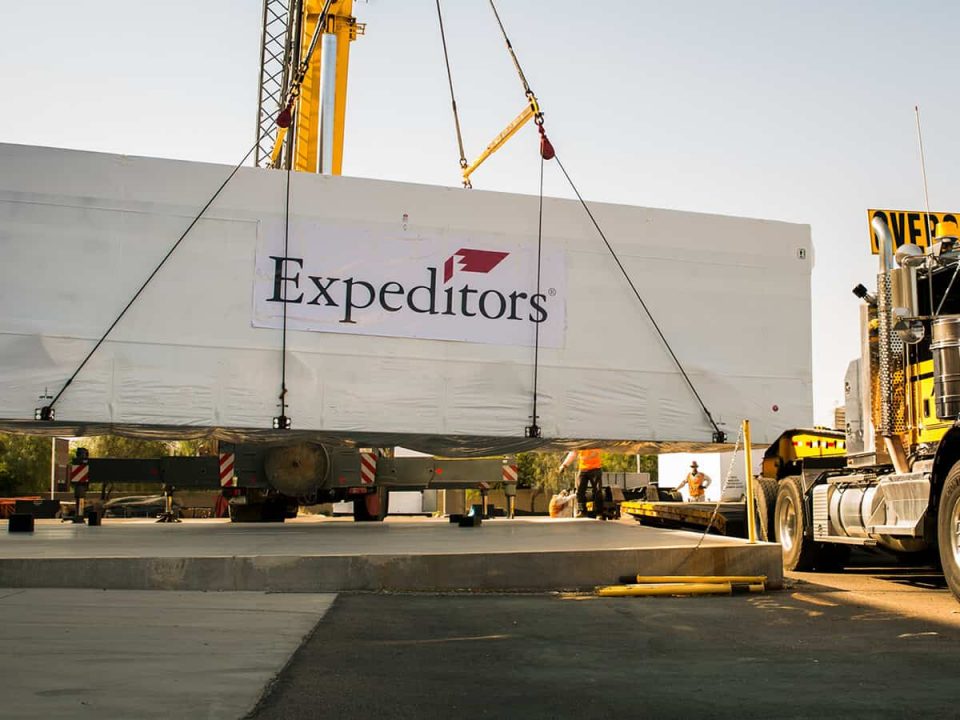 Expeditors International (NASDAQ: EXPD) reported its financial and operating results for the fourth quarter of 2019 before markets opened on Tuesday. The international freight forwarder posted diluted earnings per share of $0.79, just below Wall Street’s consensus expectation of $0.80.

Revenue was down 9% year-over-year to $2.04 billion, while purchased transportation costs fell 10% to $1.28 billion. Because salaries and operating expenses were flat on lower net revenues, operating income was slashed by 17% year-over-year to $180 million, and net earnings fell 23% to $137 million.

In FreightWaves view, the company’s results should be viewed as part of a pattern in the third-party logistics provider (3PL) sector; many 3PLs failed to make intracycle adjustments to their businesses to increase operating leverage. Despite lower volumes and prices, Expeditors increased headcount in all of its regions except North Asia (China), where it cut its workforce by 4.5%.

Expeditors management blamed the freight cycle for its results, not company performance.

“Our final financial results for the fourth quarter were within the range of earnings guidance we issued last month,” said Jeffrey S. Musser, Expeditors president and CEO, in a statement. “As noted in that guidance, we do not believe this comparatively soft fourth quarter is the result of a business performance issue, but is instead more closely tied to the business environment in which we are operating.”

Musser also issued a stark warning about the fallout from the coronavirus outbreak in China.

“Over our 40-year history, we have experienced many events that have disrupted supply chains,” Musser said. “We have not, however, experienced a situation where manufacturing capability has been shut-down or severely hampered to such an extent, so it is difficult to predict how this will play out. However, we remain steadfastly optimistic that when the marketplace does return to normal, we are in an excellent position to take advantage of what could be a sharp rebound in trade.”

On a region-by-region basis, Expeditors’ two most important regions, the United States and North Asia, both saw revenue declines. U.S. revenue fell 1.4%; there was a dramatic 25% decline in North Asia. Those volumes are not being replaced by South Asia revenue, which also fell, dropping 13.3% compared to the fourth quarter of 2018. In fact the only region in which revenues grew was Latin America, where revenues increased by 12.4%.

‘Dark Towers’ Is A Cautionary Tale Of Deutsche Bank Pursuing Profits At Any Cost : NPR

‘The maritime industry is way behind on the digital agenda’