Editors note: This is part one of a two-part series.

Exit criteria presented Friday morning to the state Board of Education in a nearly three-hour meeting showed the Dollarway School District had not risen to the level of returning to local control without continuous direct support.

The district has been under state control for the past five years, which is the maximum amount of time the state can directly oversee a district.

That leaves the state board with a decision to make by next month on what is to become of the district.

The conclusion that the district could not operate on its own was a summation taken from Education Department staff members, based on the contents of a 154-page report done by the research firm WestEd, which was hired by the state to evaluate the academic and financial fitness of the Dollarway district.

“A lot of work has been done in the Dollarway School District in the past five years,” said Smith.

“Everything that we’re doing with the discussion today around Dollarway is about the students and making decisions for them.”

In attendance was Barbara Warren, dual superintendent of Dollarway and the Pine Bluff district.

If the Dollarway district is deemed by the board not to be able to operate independently, it could be merged with Pine Bluff, which is suffering some of the same problems that Dollarway is having, chief among them a loss of enrollment and an ever-worsening financial outlook.

On a rating scale of 1-4, the overall exit criteria rating was based on several indicators, with one indicating minimal progress and 4 indicating independence from state oversight.

Indicator 1 criteria rated how well collaborative teams regularly interacted to address common issues regarding curriculum, assessment, instruction and the achievement of all students.

“Evidence exists that collaborative teams were scheduled to meet regularly in all buildings; however, consistency of all teams meeting at each school was not evident,” Smith said.

Indicator 2, which scored a 2.25, focused on whether the district was aware of and monitored predominant instructional practices.

Smith said classroom direct instruction was present but lacked the necessary intensity to meet the needs of students at various academic levels.

“While there is a lot of work around the curriculum in the district, and although the district is shifting and moving in that direction, we’re still not there as far as fidelity with instructional practices or high-quality instruction in all classrooms,” Smith said.

“Mrs. Warren and I had a lengthy discussion and she is well aware of the strengths and weaknesses and the need for more consistency and quality in the classrooms.”

Indicator 3 rated how the district provided teachers with clear, ongoing evaluations of their pedagogical strengths and weaknesses that were based on multiple sources of data and were consistent with student achievement data.

“When we were talking to teachers, we would ask them, ‘does the principal come into your classroom? What type of feedback do you get back?’” Smith explained.

“We wanted to know. We saw some consistency in some places and other places some inconsistencies.”

Whether the school curriculum and accompanying assessments adhered to state and district standards was the focus of Indicator 4, which was rated a 2.53.

During the on-site observations, Smith said, officials saw that extensive work at both the building and district level had been conducted to identify ideal practices across the school setting.

Collaborative meetings were scheduled in all buildings, but some pockets of inconsistency were observed.

A gap in the implementation of the work had also been observed as an area of needed attention, and there was a disconnect present between the development, access, and usage of documents.

“When you ask teachers in the classroom ‘do you have what you need to teach,’ the answer was ‘yes,’” Smith said.

“I will say, the district has done an aggressive job this year to make sure the school district had a learning management system platform that actually had content.”

The f inal indicator looked at whether the district managed its fiscal, operational and technological resources in a way that directly supported teachers to provide a safe, supportive and collaborative culture and increase student achievement.

Smith said the district had provided sufficient materials and supplies to address the needs of students.

However, academic programming lacked fidelity in some areas.

There were also concerns present surrounding the school day schedule and balancing the schedule with the academic needs of students within the digital platform.

“On some campuses, the schedule maximizes opportunities for teaching and learning. Evidence of schedules at other campuses demonstrates a need to ensure optimal attention is given to academic instruction during the scheduled day,” Smith said.

“District-level personnel are tasked with multiple responsibilities; therefore, a more prudent effort to collaborate as well as streamline communication and expectations to building leadership would be helpful so that a clear vision is executed districtwide.”

Smith said the Dollarway School District was placed in fiscal distress classification five years ago because of two indicators.

The first was a declining balance that would eventually jeopardize the fiscal integrity of the school district.

And the second was the excessive material audit exceptions or violations.

“The district must correct both indicators to be considered as meeting exit criteria for fiscal classification,” said Smith who added that if Dollarway’s focus on academics had happened the first year, the results may have been different.

“The first two years were about addressing the climate and the culture of the buildings, setting up a foundation to move from there,” Smith said, as Superintendent Warren nodded her head in agreement.

“When you go through the Dollarway School District, you feel like it is a family,” Smith said. “They are proud of their school, but the instructional pieces in all of the classrooms are not consistent.”

But the improvement of the culture and climate wasn’t enough, as Smith said, concluding that the district continues to face declining enrollment, lack of economic development, and high teacher turnover, with more than a third of the teachers being inexperienced or novices.

“That means they have three years or less of teaching experience and 12.9% of their teachers are on an emergency teaching permit,” said Smith, meaning they are not qualified to teach what they are teaching, although they are working toward becoming qualified.

Smith said the ending balance continues to decline from a loss of enrollment and expenditures, and while reductions have been made through attrition, the district would have to make drastic changes in staffing and facilities to resolve the declining balance. Some of those changes that would need to be considered, according to Smith, are perceived to have a negative impact on the gains made in other areas of the district.

Working sessions among members of the state Board of Education will begin next week with a Dec. 1 meeting to collaborate and discuss further solutions to the Dollarway district’s problems. Smith said there is still a lot of work to be done in the district.

“The strategies that are being used are good strategies; we’re just not there.”

In Smith’s own seven-page report, she concluded that, while the district has improved under state guidance, the improvements were not enough to allow the district to return to local control.

If the state Board of Education agrees with that assessment, by law the state must reconstitute, annex or consolidate the Dollarway School District.

That decision is scheduled to be made at the board’s Dec. 10 meeting. 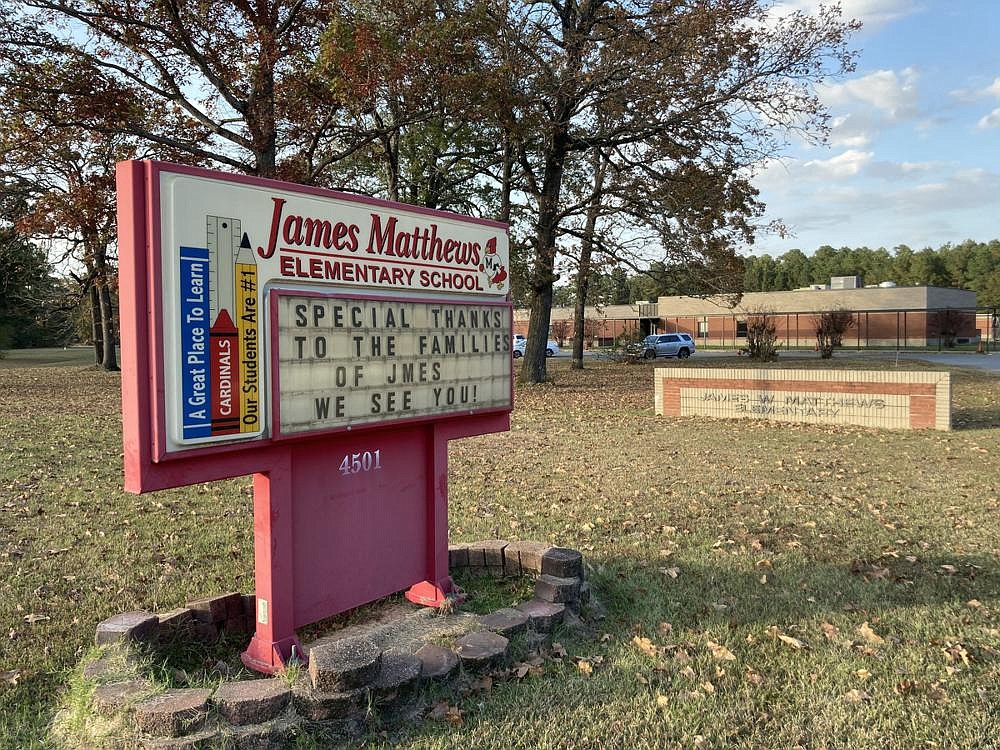 The Dollarway School District has been under state control for almost five years. The state Education Board has to decide by December what the future holds for the district.
(Pine Bluff Commercial/Byron Tate)

The Public procurement environment and the regulating laws