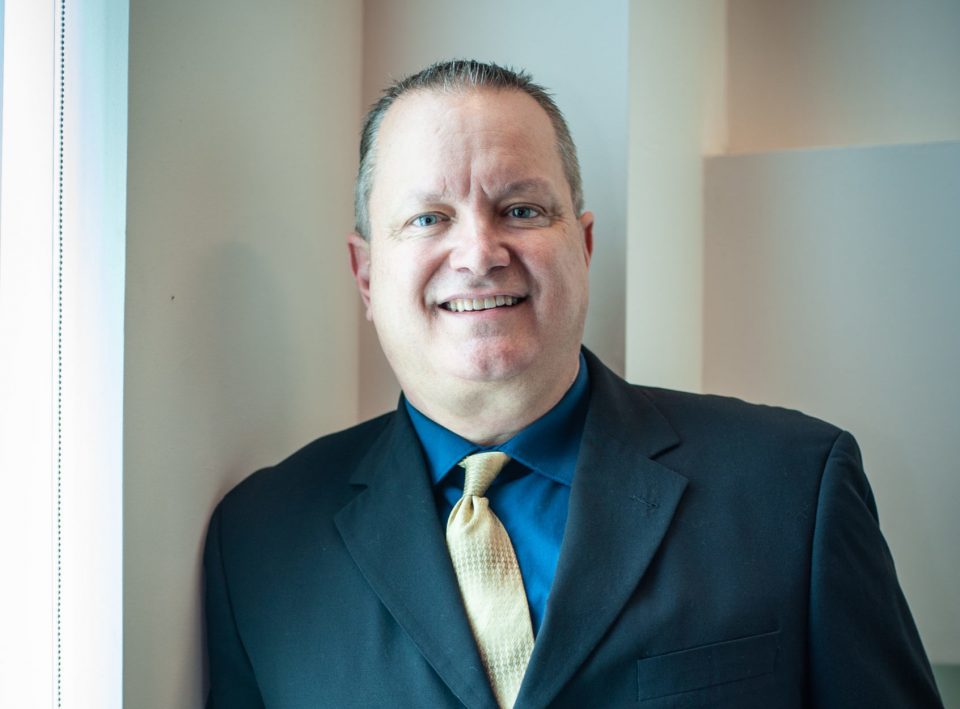 In this Executive Q&A, Gregory Zimmer, VP of Business Development of APEX Logistics describes how an understanding of aerospace & defense logistics has lent itself to health care shipments and other work for government agencies during the COVID-19 pandemic.

Air Cargo World: How did you become acquainted with aerospace and defense logistics?

Gregory Zimmer: I joined Burlington Air Express in 1989, which turned into BAX Global, which merged with Schenker in 2006. I did operations and sales kind of equally for several years, and then I went off toward sales. At the same time, on a concurrent path, I joined the U.S. military in 1991, during the first Gulf War. I was a C-5 Avionics Technician, and I did that for 13 years, while working for BAX at the same time.

After 9/11, I was immediately activated, was stationed at Travis Air Force Base and upon my return I came back and was put into corporate accounts and I did that until 2003, when I got activated again. At that point I cross-trained into a combat medic role and I went off to school. When they brought me back, they [BAX Global] had an opening in the military team. That was in 2004, and that’s when I found what would be my calling as I was covering the Western U.S. and Asia, doing military sales for BAX. And then, two years later, my boss left. And then they immediately promoted me into role of director of that group, and that went on until 2009, when I got the call to go to Iraq.

It was kind of a unique hybrid role for me because Schenker had sponsored logisticians in Iraq and I would work graveyard shifts in the hospital, and then during the day, I was working the Schenker business with my associates on the ground. I did it for the next several years and we had a good run due to geopolitical events in the world from 2008 through 2013.

ACW: What led you to your current role at APEX?

GZ: Schenker went in a different direction in 2017, and I had the opportunity to take some time to regroup and find a company that was looking for the core competencies that I brought to the table. I joined APEX in July of 2018, and then it took us a year to 18 months to stand up this vertical at APEX. Of course, we came into this year with a robust aerospace, defense and military plan. And then as soon as COVID-19 happened, we went in an additional direction — as soon as we heard about the government needing to rapidly procure transportation for PPE from Asia to the U.S.

This led us to secure charters to support the effort and also work directly with clients on handling the sudden demand for PPE. As a result, I have now been tasked to continue this effort in developing a health care vertical. So now I support aerospace, defense, military, government and health care. The importance of the military and government business is that it has connection to many other industries, and being skilled at one can lead to the next. APEX has excellent vision in their approach to building their business in this way.

ACW: As the initial wave of PPE shipments took off in March, how were you watching the government’s response, and how did you get involved in some of these projects?

GZ: With our global headquarters in Hong Kong — and given our strong presence across the Asia-Pacific region — APEX was always going to handle PPE, but it exploded on us because of these other tentacles into the military and the government.

Initially, I was trying to capitalize on the fact that we have charters because in the military world, everything is sort of transactional, and they put out these spot bids every day, these military contracts.

At first, I was trying to leverage our charters going back to Asia, with the military, and offer that to them as a solution, if it was trade lanes that they were interested in. Then we heard that the government was procuring charters out of Asia. I positioned Apex to be ready to handle business and support others that may have been struggling with customs, compliance and the like. I wasn’t in with the government at that point because they were doing domestic disaster relief and we didn’t do a lot of that.

At that point, I still didn’t really fully understand what Apex’s core competencies and strong offerings were in parts of the Asia-Pacific. There are aerospace clients that shipped to and from China, and they manufacture products there. Getting in with the government in support of the PPE efforts was the game-changer, because once we understood the needs at all levels of the process, we just started working the phones to get involved with the program. Within a week, we started handling some government charters, and that’s where the health care thing came in — because suddenly, we’re dealing with the government and health care providers supplying the government. It is important to note that we were uniquely positioned to help mitigate some of the issues with the massive demand and the spiking costs of transportation from Asia to the U.S.

You had two things happening with our government procuring charters, but also buying landed cost products where the customer [sources] their own transportation to America and bakes that into the price of their products. We were able to react quickly to both of those things and pass along savings to the government and our client base. We were positioned well, for both, and that’s how I steered into health care.

Currently we are supporting companies and the government in providing potential solutions for where Operation Warp Speed is going. This should evolve rapidly over the next three to six months and we are well positioned to react to this evolution.

ACW: How has your experience in the aerospace and defense sector contributed to these projects?

GZ: I’m a reservist; I can be activated to support whatever the president decides. We also have that concept with airplanes and airlines, and it’s called Civil Reserve Air Fleet. So, it has to be a U.S.-based airline, and so all the big boys are in there, including United, American and Delta. United States Transportation Command recognizes that, in war times or disasters, they don’t have enough organic lift to support the effort. So they need these planes on standby. In exchange for that, you get to bid on government and military work. A portion of that work is direct business with the military. On the other side of it is freight forwarder business. For example, a base that needs to move something from California to Japan. In order to participate in that business, it has to be one of those airlines as well. But a lot of them do not have freight forwarding affiliates. So these airlines then partner with a freight forwarder like APEX and can jointly submit a contract bid, and it’s in the name of the airline, but the forwarder does the work.

With other government contracts, you don’t necessarily need to have a [Civil Reserve Air Fleet] partner. The military does require one, though. This is their way of saying, “Look, we need these reserve airplanes.” We have to incentivize them, to allow us to call those airplanes up. If we don’t make it worth their while, we don’t have a program.

ACW: Could you speak a bit to some of the airfreight market distortions that government participation and government procurement has created?

GZ: Suddenly when the pandemic hit, you had many federal, state and local governments buying airfreight capacity that wasn’t just sitting idle. So in a normal market, a trans-Pacific charter can go for a certain price range. The fact that they were buying all this capacity, and then you had companies that were doing the landed cost transportation in support of government so that confluence of events, just turned everything upside down. That’s what led to that crazy price spike in April and May. It was just simple supply and demand.

ACW: How do the needs of shippers in the health care sector compare to some of the other sectors you serve? Are there any special considerations?

GZ: You have to put things in terms of before-COVID and after-COVID. “Health care” is a very broad term. It’s not just pharmaceuticals, we have temperature-controlled warehouses on the West Coast and certainly that could come into play with the vaccine, but the vaccine has to be stored at a certain temperature. What we’re talking about here, first and foremost, is the PPE type of stuff, and a lot of that is more cost-effective to move as ocean freight.

Every single one of these health care companies that I’ve spoken with, they’re always talking ocean. With the ocean rollovers and the blank sailings and the backlogs at the ports, it’s become a really acute problem for a lot of them. Coming into COVID, [many of these customers] have done a lot of airfreight this year. At some point, the ocean market will resolve itself a little bit. As of right now, airfreight is kind of king in that sector.

ACW: With capacity at a premium, how did APEX ensure charters out of Asia were fully utilized?

GZ: Apex has a strong presence on the ground, and we have such a stronghold of the market in Asia that people will come to us looking for space. Apex has the ability to say, okay, if I can’t get those masks, I’ve got this other customer and I can put it on there. I need the space and there’s backlogs anyway.

Like on the charters for the government, it was FOB Shanghai, and they wanted cargo brought from Shanghai back to Chicago, but places like that we have other charters, and we can do better pricewise. We have that kind of flexibility, the ability to warehouse and internally distribute to lift points where other charters exist that might not be as fully utilized.

Hundreds of people vaccinated at weekend clinic ahead of vaccine distribution changes – WCTI12.com