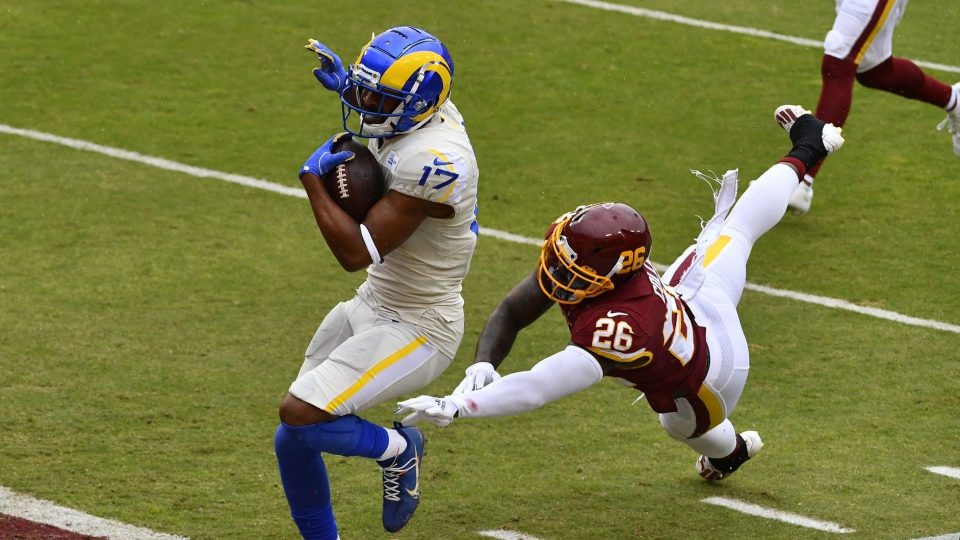 Washington’s defense was supposed to lead the team in 2020. Through four games of the season its performance had been debatable, which in itself was disappointing.

While the 30-10 final score of Sunday’s matchup between Washington and the Los Angeles Rams absolutely indicates a critical shortcoming by Jack Del Rio’s unit, other stats and a viewing of the game elevate the concern even more.

Outside of a late first half interception by Kendall Fuller, Jared Goff and LA’s offense never looked troubled at FedEx Field. The only trouble Goff had, really, was figuring out which open receiver to throw to on certain plays.

The quarterback started off 9-for-9, and overall, he connected on passes of 56, 49 and 40 yards. Robert Woods scored on Goff’s longest completion of the afternoon, while Cooper Kupp and Gerald Everett converted third downs on his second- and third-longest. On all three, the Washington secondary was out of position.

Goff finished 21-of-30 for 309 yards, while the operation he was leading went 6-of-12 on third downs through three quarters (in the fourth, they dialed back their aggressiveness). They were far from home yet still very comfortable, and their point total probably would’ve been even higher if the weather didn’t decline.

As a whole, anytime they didn’t advance the ball on a given snap, it felt surprising.

Fortunately for the defense, Sunday was busier than the mall on Christmas Eve, so their issues will initially be overlooked more than usual. Dwayne Haskins’ name was floated in trade rumors and he didn’t show up to the stadium because of a reported sickness, Kyle Allen started in place of Haskins and then, in an event that the entire sports world paid attention to, Alex Smith came on when Allen got hurt.

All of those storylines will dominate the immediate postgame coverage, especially the ones that relate to Smith playing again.

However, as the struggles pile up and the incredible Week 1 defensive effort continues to fade away, Del Rio’s group will draw more negative attention. It’ll be deserved, too.

Draft capital and free agent dollars have been invested on the defense. Coaches have been changed as well.

The results are the same as they’ve been for some time now, however. Defending them, like getting them to defend, is proving increasingly difficult.

What measures can government legally take to deal with…

Queensland border opens at noon except to Victorians; Eight Melbourne towers leave lockdown, one remains; NSW residents who went to Victoria must isolate