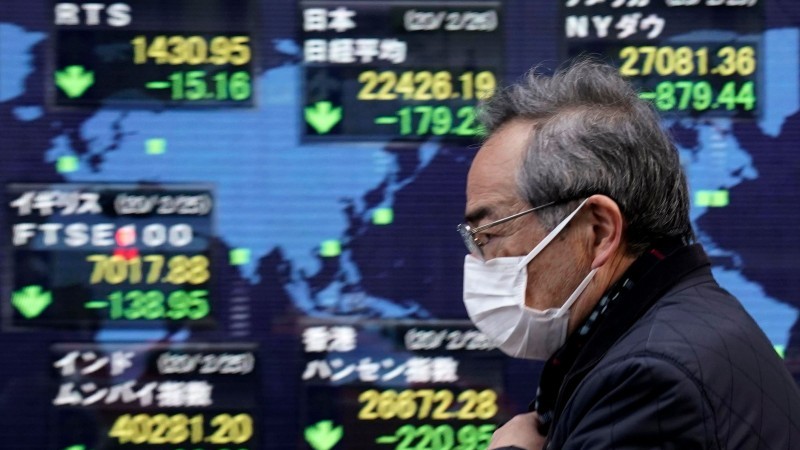 As coronavirus spreads, one big question is how much will the eurozone economy be impacted. Obviously, there are several channels through which the eurozone economy will be affected – for example, weaker demand from China and other Asian countries, the impact of preventive measures and increased uncertainty in general. But supply chain disruptions are a big one. As factories shut down, production becomes increasingly fragmented worldwide, and this can have a significant impact on eurozone production.

Using the intercontinental input-output tables of the OECD, we estimate value-added of China, South Korea and Italy in the total output of Eurozone countries. This is the sum of intermediate inputs produced by the affected countries used in final goods produced by eurozone countries. For example, a car part from China used in German car production. Indirect inputs are also included in this estimate, think of a Korean semiconductor that is used in an electronic component imported from the US by a eurozone producer. Sounds complicated? That’s because global supply chains usually are these days.

The countries that rely most on Chinese intermediate inputs for their production are Slovakia, Estonia and Slovenia

We find that the exposure of the rest of the eurozone economy to Italian intermediate inputs is not as large as one would expect. While in general, the golden rule holds that proximity increases the impact on a country’s economy, this is not necessarily the case for Italy. The rest of the eurozone’s exposure to Chinese production is, in fact, larger than the exposure to Italy at 0.8 and 0.6% of eurozone value-added respectively.

The Korean exposure to eurozone production is far smaller at 0.1% and therefore poses a much smaller risk. However, if inputs are essential and difficult to substitute, they may have a material impact on the supply chain when unavailable, despite the smaller contribution of Korean industries.

How Blockchain Is Revolutionizing The Supply Chain Industry? ReadWrite