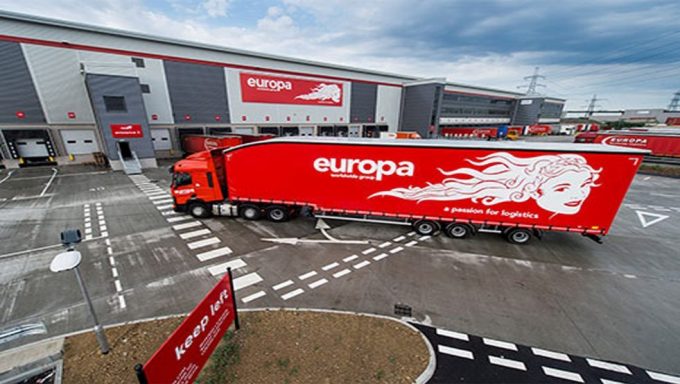 Europa Air & Sea has successfully launched the first part of its innovative, bespoke IT solution LeoSea.

Europa Worldwide Group is an ambitious independent logistics operator with six divisions – Europa Road, Europa Air & Sea, Europa Showfreight, Europa Warehouse, Europa Contact Centre and Continental Cargo Carriers. Despite the pandemic all divisions are still open for business and operating as normal, at all locations across the country.

LeoSea has been created to improve efficiencies, increase accuracy, and reduce paperwork.  Initially focused on export bookings, once the roll-out is complete later this year LeoSea will provide a much-improved customer interface and help streamline the customer journey for both import and export.

This is the latest stage of evolution of Europa’s bespoke IT system called “Leonardo” which continues to expand and will eventually provide a fully harmonised system for every aspect of the business’s operations.   Utilising the latest technologies, this sophisticated system provides in-house control to improve responsiveness, efficiency, productivity, and scalability.

Europa has already launched 10 different Leonardo modules deployed across the operation from road freight to finance.

LeoSea took six months to develop by Europa’s inhouse team working in close consultation with the sea freight team, based in Birmingham.  Already improving speed of booking shipments and accuracy by 30 percent, the module includes a brand-new workflow task manager.

Following the launch of LeoSea customers will see attended benefit of its integration with other Leonardo modules such as LeoFinance – which provides improved financial visibility as well as automated banking.  Ultimately once the LeoSea is completed there will be additional improvements with customers being able to utilise LeoClear – which manages customs clearance, and the payment of duty & VAT as well as the customer portal LeoWeb.

The LeoSea launch was managed by Alan Wheal, Product Owner who has been at Europa for 35 years and became a Product Owner last year.  Alan comments “The design of LeoSea has focused on our founding principle of simplification. Compared with the previous sea freight solution, LeoSea is slick and easy to use and has been embraced by the whole team, who have until this point had very little experience of any of our Leonardo solutions.”

IT Director at Europa, Richard Litchfield, who leads the Leonardo project from conception to implementation with his team of 25 in-house IT experts, said: “This is another exciting launch for Europa and the next logical extension to the Leonardo suite, which continues to add tangible benefits to the business wherever it is implemented”

The name Leonardo was inspired by the famous quote from Da Vinci himself, who said, ‘simplicity is the ultimate sophistication’ and it has given Europa in-house control over its systems, improving responsiveness, efficiency, productivity and scalability.

Richard added: “It is extremely rewarding to see the Leonardo suite continue to evolve and contribute to the growth and overall success of the business.”

The first phase LeoRoad was launched in 2016 focusing on road freight operations and continuous software developments continue to drive improvements in operations, processes and communications.

Angus Hind, Director for Europa Air & Sea added “The LeoSea launch has gone really well, Alan and his team have done an exceptional job on creating a system that is simple and efficient, whilst dealing with some of our more complex requests that haven’t been built into any Leonardo product before. This is the first phase of development of our ambition to create the simplest and most customer focused IT platform for sea freight.”

Since launching in 2015, Europa Air & Sea has gone from strength to strength. With teams located across the UK and a designated office in Hong Kong, the division recently announced an increase of turnover from £15m to £35m since launching, showing significant growth.

Europa Worldwide Group is the leading independent logistics firm which has gone from strength to strength.  Recently featured in The Sunday Times Top Track 250 for the second time, its currently working on building its largest ‘best in class’ £60m warehouse facility to date in Corby, Northamptonshire.