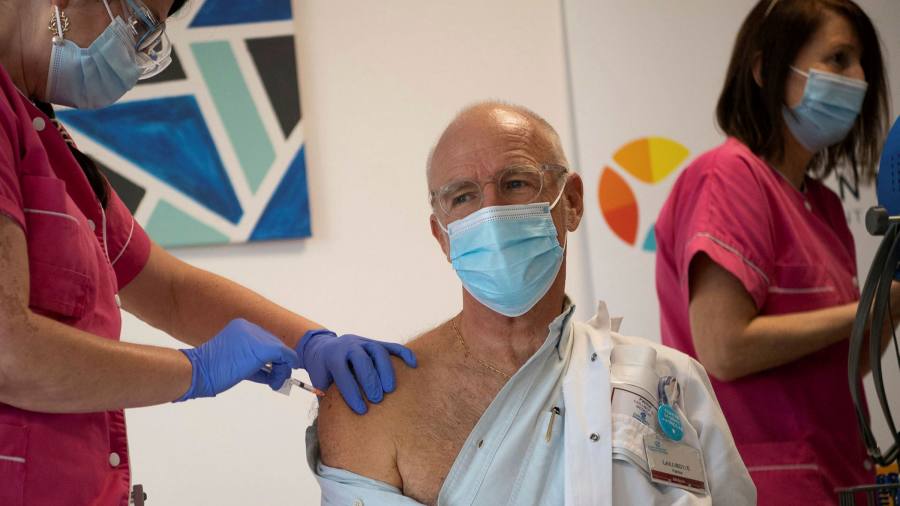 The EU has hit back at criticism from member states that its bloc-wide vaccine procurement has failed to secure enough doses to enable a rapid start to inoculations.

In a letter to German parliamentarians seen by the Financial Times, Jörg Wojahn, the EU’s representative in Berlin, described accusations that the European Commission had been overly cautious in reaching agreements with vaccine manufactures last year as “meaningless”.

“The Member States themselves decide on the purchase of the vaccines; they are also the ones who pay for them,” Mr Wojahn said in the letter. “It is not the EU that pays for the vaccines.”

The EU official’s intervention came as a blame game intensified across Europe over the slow pace of vaccine rollout in many countries. While Britain has vaccinated more than 1m people, the EU approved the BioNTech/Pfizer shot later than the UK. By January 5 Germany, Spain and France had vaccinated 367,00, 139,000 and 5,000 people respectively.

Mr Wojahn rejected criticism that the EU did not order enough doses of the BioNTech/Pfizer shot, which last month became the first to receive regulatory approval by the bloc. The European Commission said this week that it was in talks to secure more of the jab.

Mr Wojahn said the negotiations that resulted of an order of up to 300m doses from BioNTech in November “took place at a time when it was not even remotely certain that the vaccine would have the necessary efficacy and would be the first product to be approved in 2020.”

“If this had been objectively evident at such an early stage, the entire world would have invested in BioNTech and production capacities for this one vaccine and the company would not be facing delivery problems today,” he added.

But following encouraging preliminary results from early trials on July 1, the UK and the US signed supply deals with BioNTech and Pfizer within 20 days. In early June, the European Investment Bank agreed to provide a €100m loan to BioNTech, but the EU only finalised a supply deal with the company on November 11. 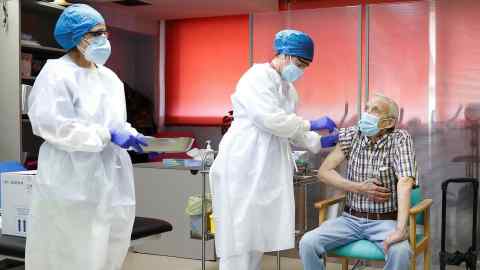 The EU, with a population of almost 450m, has assembled a portfolio totalling more than 2bn doses of seven different jabs. But investments made by the EU to help companies cover upfront costs appear to have been relatively modest compared with those agreed by the US.

Mr Wojahn said the EU had pre-financed production capacity with roughly €2bn in the summer and early autumn last year. In contrast, President Trump’s US administration began funding vaccine producers through its Operation Warp Speed programme back in March. It has spent more than $12bn to date, more than a third of which was given to Moderna alone — although the grand total also includes some drug pre-order payments.

Defenders of the EU approach point to the challenges of setting up an entirely new vaccine procurement programme and co-ordinating with member states that have varying demands. Some national governments, such as France, have also faced criticism domestically for being too slow to distribute the vaccines already delivered to them under the EU programme.

But German politicians, including Bavarian premier Markus Söder, who also leads one of Germany’s governing parties, the CSU, have said the blame sits with the EU.

“There was probably too much bureaucracy at the European Commission . . . too few of the right vaccines were ordered and price debates went on for too long” Mr Söder told the German newspaper, Bild am Sonntag.

“It is difficult to explain that a very good vaccine was developed in Germany, but others are vaccinated with it more quickly.”

Bogus paddy procurement in Haryana found, steps to be taken to plug loopholes