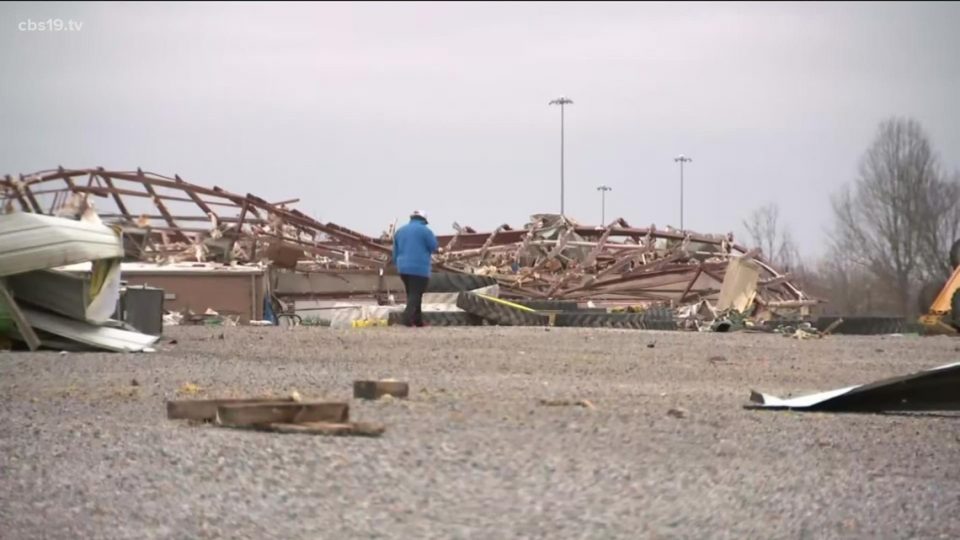 TYLER, Texas — East Texans are pitching in to help the thousands who were impacted by a deadly tornado outbreak across the midwest.

The images and videos of the destruction left from deadly tornadoes is leading an east texas company to step in.

“They need us and a lot of the employees at our headquarters are family will consider them family and they mostly live in a Mayfield area,” said Jim Linder, regional sales representative for Premier Portable Buildings.

One local company called Premier Portable Building in Jacksonville, Texas has its headquarters located in South Fulton Tennessee. It’s just 30 miles away from Mayfield Kentucky where many of their employees are stationed.

“We don’t believe any of our employees right now have been injured but their homes have and of course, their families and neighbors who are in need,” Linderer added.

Since Saturday the company has been preparing to send three trailers filled with supplies donated from local businesses and the community.

“We have 10 pallets of water donated by Walmart and by Atwoods we have a pallet of choco donated by see five trailers in us and we have an also the large BBQ trailer cook trailer which is loaned to us by C Five Trailers Nina’s,” said Linderer.

The owner of Premier Portable Building says he’s looking forward to helping his colleagues and is thankful for the community’s support.

“Premiere is one that always steps in and takes care of everyone in a time of need. It’s just a giant family that just loves and cares about everybody and all the communities were in as well,” said Wesley Dyer, Owner of Premier Portable Buildings.

J-S.T.A.R. ministers in Longview is joining in on the recovery efforts. They’re collecting donations until Tuesday at Firstlite Nutrition in downtown Longview.

Both Premier and J-S.T.A.R. ministers are asking the community to donate any toiletry items, paper goods, water, canned goods, flashlights, generators, and blankets.

Items donated to Premier can be dropped off at its building off Jacksonsonville Highway located on 1033 N Jackson St, Jacksonville.

How One Entomologist is Exploring the Insect Diversity of Prairies