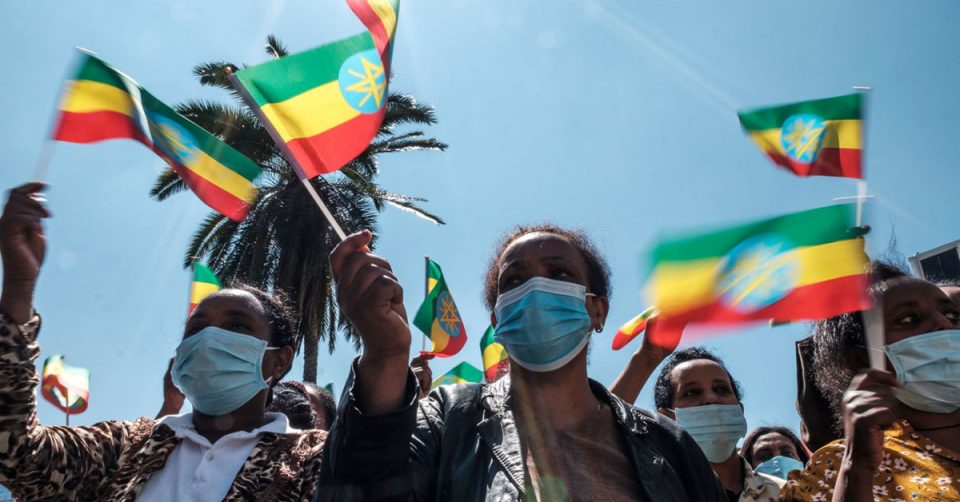 Press play to listen to this article

ADDIS ABABA, Ethiopia — Violence in Ethiopia’s northern state of Tigray has escalated in recent weeks, with hundreds of soldiers and an untold number of civilians killed in a worsening dispute between regional forces and the national government.

The violence risks engulfing the entire Horn of Africa, with rockets fired by anti-government forces having already landed in Asmara, the capital of Eritrea, and thousands of troops pulling out of neighboring Somalia where regional forces are engaged in countering an Islamist insurgency.

Following skirmishes earlier this year, serious fighting erupted on November 4 after Ethiopia’s Nobel Prize-winning prime minister, Abiy Ahmed, ordered his forces to respond to an alleged raid on an army camp in the Tigray region. The region’s main party, which ruled the country as part of a multiethnic coalition for the three decades prior to Abiy coming to power in 2018, reacted by taking control of parts of the federal army’s Northern Command post, hoovering up military equipment and soldiers in the process.

Two weeks since the start of the conflict — which is looking increasingly like a full-blown civil war — the government claims to have secured a string of townships in the western Tigray region. That is key due to its connections to Sudan, where supplies could replenish the Tigrayan forces. Government forces have also taken back control of areas in the south along the border with Ethiopia’s Amhara region.

Who is fighting and why?

The dispute is between the Tigray People’s Liberation Front, which ruled Ethiopia for 27 years prior to Abiy coming to power, and the Ethiopian government. The Tigrayans, though comprising just 6 percent of the population, once dominated national politics but lost support due to high levels of corruption, widespread repression and a string of human rights violations such as torturing government opponents in secret prisons.

Though the government says it worked hard to incorporate the TPLF by providing them with positions such as the speaker of the national parliament and a handful of ministerial positions, the Tigray region never bought it. Its members felt Abiy wanted to chip away at Ethiopia’s multiethnic federation, which it forged in 1991 after overthrowing a Marxist regime present in the country since the 1970s.

As tensions built, the TPLF held its own election in September after accusing the government of ignoring the constitution by delaying the national election beyond the government’s mandate. The government called the vote illegal and the TPLF then refused to recognize Abiy’s authority. Then last month the TPLF blocked Abiy’s appointment of a new head of the Northern Command. That ended up being the final straw.

What are the EU’s interests in Ethiopia?

Ethiopia, which also hosts the headquarters of the African Union, was the first country European Commission President Ursula von der Leyen chose to visit after taking on her role as head of the EU’s executive branch. Abiy’s Ethiopia was a bastion of hope and massive economic potential after Abiy released political prisoners, promised free elections and press freedom, welcomed exiled dissidents and allowed opposition groups once deemed terrorists to join the political spectrum.

The young prime minister fit hand in hand with the EU’s pivot toward Africa, where its leaders hope to forge a more progressive relationship that gets away from traditional aid giving and colonial baggage. An unstable Ethiopia in the midst of a civil war that could destabilize the entire region would force a rethink of that strategy, at least in East Africa.

What are the knock-on effects of the fighting?

More than 25,000 Ethiopian refugees have already fled the fighting to Sudan, where aid groups and the U.N. are now scrambling to provide services. Eritrea, which fought a war with Ethiopia from 1998 to 2000 that killed roughly 100,000 people, has already been drawn into the conflict. The TPLF leadership accuses Eritrea of fighting alongside the Ethiopian government, a claim the government denies, and over the weekend the TPLF confirmed it had fired three rockets toward the Eritrean capital Asmara, striking its international airport.

Ethiopian forces in Somalia — especially in the Gedo region in the south, which borders Ethiopia and Kenya — have abandoned their posts to be replaced by heavily armed special police from Ethiopia’s Somali region. The recalling of Ethiopian forces “could create a security vacuum creating opportunities for [Islamist group] Al Shabaab,” according to an internal EU document seen by POLITICO.

What might be the broader consequences of more violence?

By some estimates as many as 100,000 people could flee Ethiopia over the next 12 months. Ethiopia’s other regions — especially its largest, Oromia — have been prone to unrest since Abiy came to power due to ethnic rivalries and protests against the government. Violent protests after the June 29 killing of popular Oromo musician Hachalu Hundessa claimed about 200 lives. And inter-communal fighting in the western Benishangul-Gumuz region in September left at least 140 people dead. With federal soldiers having moved north to help with the fight against Tigray, these areas are left wide open to further instability.

Ethiopia’s economy has already been slammed by the coronavirus pandemic, climatic shocks and locust plagues that have devastated farms. Further conflict can only add to an already chronic poverty rate and lead to further discontent.

What does this mean for the EU’s Africa pivot?

So far, official EU responses to the conflict have been muted. After a reported massacre of civilians in the Tigray region last week, the EU’s Crisis Management Commissioner Janez Lenarčič told the German RND news network that there was a risk the violence could spread.

“I fear that this crisis will have catastrophic humanitarian impacts for the whole country,” said Lenarčič. “The military escalation in Ethiopia threatens the stability of the whole country and the region.”

Experts agree. “Given Ethiopia’s size and its centrality to the Horn of Africa and wider Red Sea region, the scale and consequences of a wider civil war—or collapse of the state— are difficult to comprehend,” said Zach Vertin, a non-resident fellow at the Princeton University School of Public and International Affairs.

If the uptick in killings continues, the EU may need to re-evaluate the foreign aid it gives the country — Africa’s second most populous after Nigeria. It may also make it difficult to continue a close partnership with Abiy.

South African litchi brand debuts in a season of firsts