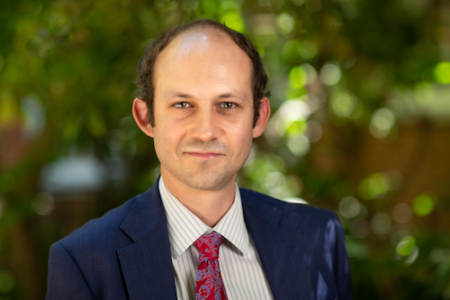 The Environmental Services Association (ESA) has hit back at Extinction Rebellion’s (XR) open letter to the prime minister about energy from waste . The association argues that the letter presents a “deeply flawed” and “misleading” analysis of energy from waste (EfW) in the UK.

The proposed new EfW plant at Edmonton, London which has attracted criticism from Extinction Rebellion

The open letter, sent to the prime minister yesterday (16 November), was co-signed by a coalition of MPs and campaigners and claimed that energy recovery infrastructure will hinder the UK’s pursuit of net-zero carbon emissions by 2050.

The pressure group also called for a law that requires net zero carbon by 2035, inclusive of EfW emissions and called for reforms of the waste sector (see letsrecycle.com story).

The ESA however, believes that this “fails to acknowledge” that EfW has helped to “significantly reduce” carbon emissions associated with residual waste treatment over the past 20 years by displacing waste volumes from landfill.

In some disagreement with the letter, the association argued that EfW is part of a “holistic” waste management system which aims to extract as much value from waste materials as possible while providing “a fundamental sanitation service to society”.

The ESA added that XR’s claim that “UK energy recovery capacity is poised to expand by 20 million tonnes by 2030” is a “gross overstatement”.

In conclusion, the ESA’s statement described the open letter as “a scaremongering statement which creates a confrontational discourse” about EfW, adding that it “only serves to hinder the efficiency of this essential infrastructure”.

ESA executive director, Jacob Hayler, said: “The recycling and waste sector accounts for only a very small percentage of UK carbon emissions, largely thanks to the huge greenhouse gas savings we’ve made as an industry by driving waste material out of landfill over the last two decades.”

Jacob Hayler is the executive director of the ESA

Mr Hayler added: “ESA members remain in pursuit of ever-lower carbon emissions for the sector and, alongside the Government’s ambitious Resources & Waste Strategy, we are collectively developing a sector-leading net-zero strategy which will improve the efficiency of energy recovery infrastructure; drive more and more fossil-based materials out of energy recovery into recycling streams; and identify a range of wider measures to reduce the carbon intensity of recycling, collection operations and ancillary services.

“Energy-from-waste (EfW) serves a vital public sanitation function in the United Kingdom and is a complementary part of an evolving, holistic, waste management system. Ambitious new policies being introduced through the Resources & Waste Strategy, and those of the devolved administrations, will help our sector to drive recycling performance, while limiting the proportion of plastics in residual waste – but as the open letter coordinated by Extinction Rebellion acknowledges, there will always be residue to treat even if we achieve the most optimist national recycling performance, and energy recovery will continue to serve this important purpose.”