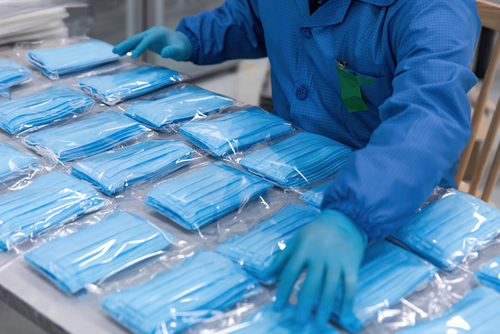 U.S. Sen. Joni Ernst (R-IA) introduced a GOP-led bill that would incentivize pharmaceutical, medical device and supply manufacturers to relocate from China to the United States.

“While China is our trade partner, there’s no doubt we can find ways to produce and manufacture goods and supplies right here in the U.S.,” Sen. Ernst said. “This bill is a good step toward that end.”

Sen. Ernst on June 11 cosponsored the Bring Entrepreneurial Advancements To Consumers Here In North America (BEAT CHINA) Act, S. 3945, with bill sponsor U.S. Sen. Kelly Loeffler (R-GA). The legislation states that the COVID–19 pandemic highlights the U.S. dependency on China for critical medical supplies and pharmaceutical products, and notes that the government of the People’s Republic of China and the Chinese Communist Party seek to control the medical supply chain, posing a risk to America’s national security.

“The COVID-19 pandemic has been what I call a ‘great awakening’ when it comes to the vulnerabilities in our supply chain,” Sen. Ernst said. “It’s clear now, maybe more than ever, that our nation has become all too dependent on the Communist Party of China for items like PPE, prescription drugs and other essential medical supplies. We need to fix that.”

If enacted, S. 3945 would amend the tax code to provide incentives to medical supply and pharmaceutical companies that move from a foreign country to the U.S., such as eligibility for “bonus depreciation” and the purchase of U.S. property to be fully deducted in the first year, according to a bill summary provided by Sen. Ernst’s office. In addition, the bill would allow qualifying companies to exclude from gross income any gain earned on the disposition of assets in the country the company leaves.

Companies would qualify for such tax incentives by adhering to at least the same production levels in the U.S. as levels reached in the previous foreign location, according to the bill summary.