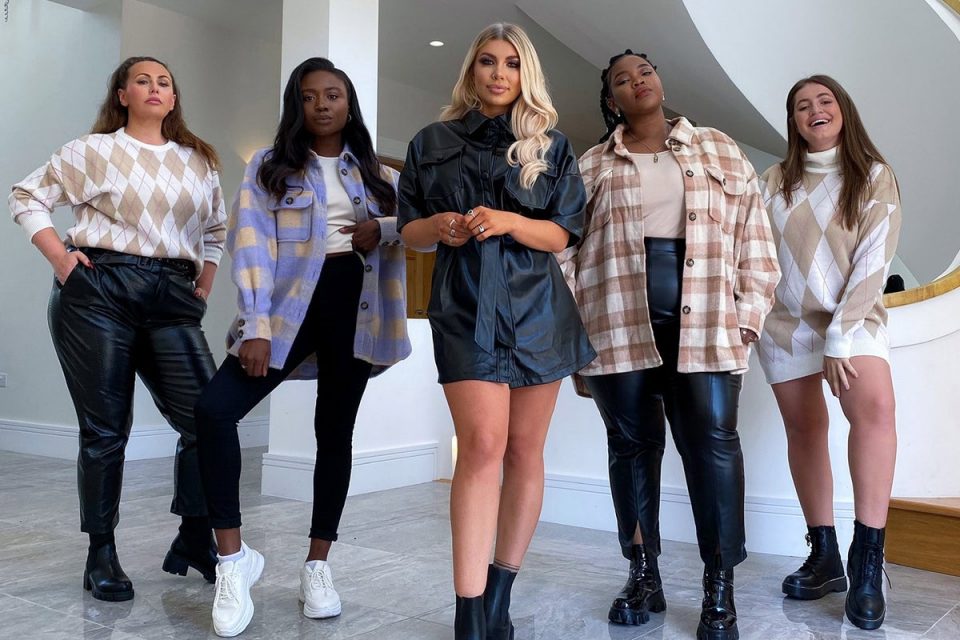 dam Frisby recalls the first item he ever sold on the In The Style website. It was a white crochet dress that someone bought for £19.99, and the year was 2013.

The entrepreneur used his savings, got a pal to help him set up a website, bought six dresses from wholesalers, and printed out 10,000 leaflets which he handed out on Market Street in Manchester. Frisby was thrilled to have made his first sale from his new online retail business. When he sold items he would then put the money back in and up stock levels.

The start-up has come a long way since then, and today the firm is known for collections it has created and launched with celebrities, such as actress Jacqueline Jossa.

The company has just reported that total sales in the 13 weeks to December 31 more than doubled (169%) to £13.5 million, while during the same period new customer numbers leapt 45%.

Last year reports said In The Style was eyeing a potential stock market listing that would value the brand at more than £100 million. The company has not commented on that, but in the new trading update today, Frisby pointed to the growth potential of the business.

He said: “We believe that, underpinned by our innovative and flexible model, strong brand and growing customer base, In The Style is very well-positioned to build on its strong momentum during 2021.”

Here is a look at what the company does, how it grew sales during Covid-19 lockdowns, and a bit more about its founder…

It is a Manchester-headquartered online fashion retailer that employs around 120 people. The womenswear brand partners with influencers on a long-term basis to collaboratively design, develop and promote branded collections.

It ships to over 100 countries, although the majority of its sales are made in the UK.

Private equity firm Causeway Capital owns a majority stake in the business, with  Frisby and In the Style management owning the remainder.

In the 13 weeks to December 31 the company saw sales jump 169% to £13.5 million. Sales through its app increased by more than 500%. Chief operating officer Paul Masters said that  it was a record quarter, and cheered a “stellar” performance.

It is among lockdown ‘winners’ that benefited from an online shopping boom. People flocked to buy online while lockdowns temporarily shut much of the high street at different times last year.

While demand for party wear was hit due to social events being cancelled and pubs and bars shut at various times in 2020, In The Style upped ranges of loungewear and activewear to attract customers.

What is on Frisby’s CV?

Before launching In The Style, Frisby, who is 33 and was born in Great Yarmouth,  left school before taking his GCSEs. He had a number of jobs after, including working at a Burger King branch in Cambridge and at a Barclays in Cambridge as a cashier.

He started In The Style with his own savings, around £1000.

Highs and lows for Frisby at In The Style?

Frisby says among the highs he has experienced at the business include signing collaboration agreements with celebrities, and seeing the TV series [Breaking Fashion] and billboards the firm has done.

He tells the Standard that setbacks have previously included the warehouse being broken into and stock stolen.

Frisby tells the Standard the company will have one of its biggest ever celebrity collaborations to announce. The firm will also look to expand with new product categories.

Frisby says: “Obviously there are a number of challenges outside our control at the moment, but we have a great brand and unique model, and our focus is on growing the In The Style brand.”

The World’s Next Giant Oil Discovery Could Be Here