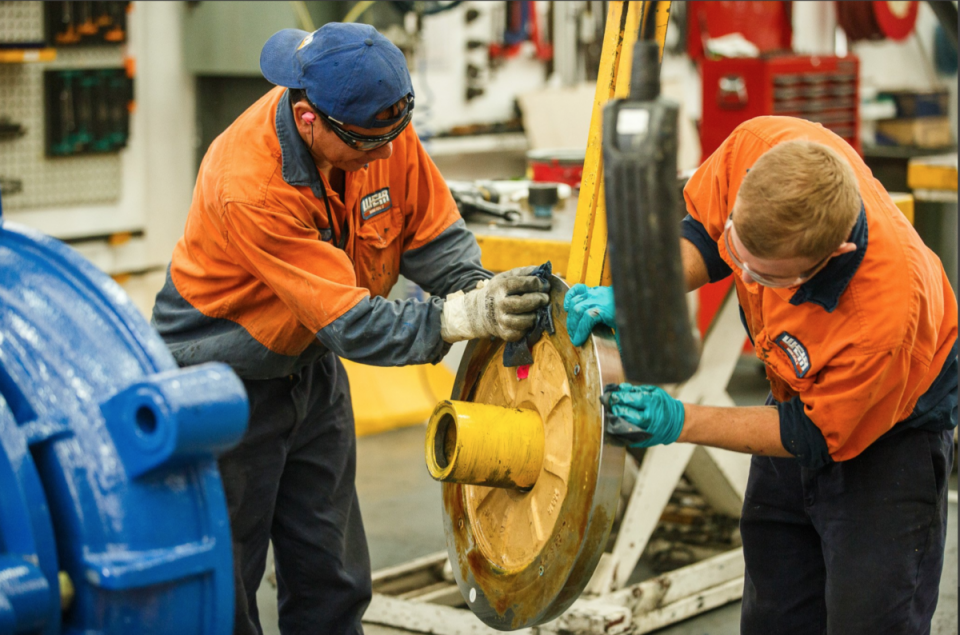 Weir Minerals Australia, a supplier of engineered solutions to the mining industry, has achieved electricity price stability and savings, and taken a first big leap towards sustainability with the signing of an innovative power purchase agreement with energy provider Engie.

At its 3.5-hectare industrial site in the Sydney suburb of Artarmon, Weir Minerals operates the largest ferrous foundry in the southern hemisphere, among other energy-intensive operations in support of Australia’s mining industry. Now it’s on the road to net-zero emissions by 2050 with the signing of a renewable energy power purchase agreement (PPA) with Engie ANZ.

The PPA is described as “innovative” because of its simplified model, which integrates energy generation and supply components in the same agreement, minimising the need for Weir to manage complex agreements and cash flows related to its energy needs.

“Engie is in a unique position to utilise our understanding of the wholesale energy market to design solutions for customers transitioning to a carbon-neutral economy,” said Andrew Hyland, Engie ANZ’s Executive General Manager of Energy Management.

The PPA will provide Weir Minerals with security of energy supply as well as price stability and significant cost savings over its 5-year contracted period.

A multinational energy provider based in France, Engie operates in Australia as an electricity generator and retailer (under the name Simply Energy).

In November 2019, Engie signaled its intention to increase its pipeline of Australian solar and wind projects to a total of 2,000 MW over the coming 10 years, to facilitate the transition from high emissions energy generation to renewables. It also operates significant gas-powered plants in South Australia and Western Australia.

In addition to two operating wind farms — Canunda and Willogoleche — in South Australia, Engie currently has three large-scale solar projects in development: the 215 MW Gregory Solar Farm in Queensland; the 220 MW Silverleaf Solar Farm near Narrabri in NSW; and a second Queensland asset, the 200 MW Warhook Solar Farm, which will deploy bifacial panels.

From renewables to hydrogen generation for mining operations

The Weir Minerals PPA has not been associated with any particular development at this stage, but the global engineering firm which provides engineered solutions (such as dewatering systems, slurry transportation, crushing and grinding) to the mining and oil-and-gas industries, has set an interim target of 50% reduction of its CO2e emissions by 2030, on the road to net zero.

Through its PPA with Engie, it will mitigate more than 100,000 tonnes of carbon emissions.

Jazib Farid, Environmental Engineer for Weir Minerals in Australia said the company is focused on “making mining more sustainable and efficient”. The agreement with Engie, increases Weir’s access to renewable energy, “a key factor” in achieving its sustainability goals.

Members of Mining3 include CSIRO, Newcrest, Komatsu, The University of Queensland, South32, OZMinerals, Caterpillar and Vale.

Michele Azalbert, CEO of Engie’s global Hydrogen Business Unit, said upon join Mining 3, that hydrogen-based solutions “will help the industry players reach their carbon-neutrality goals, as well as help reduce emissions for countries where mining is a key industry, such as Australia, Brazil, Chile, Peru and South Africa.”

Lighting up the world smartly

Using Spreadsheets as Your ERP? Your Supply Chain Could Take a Hit