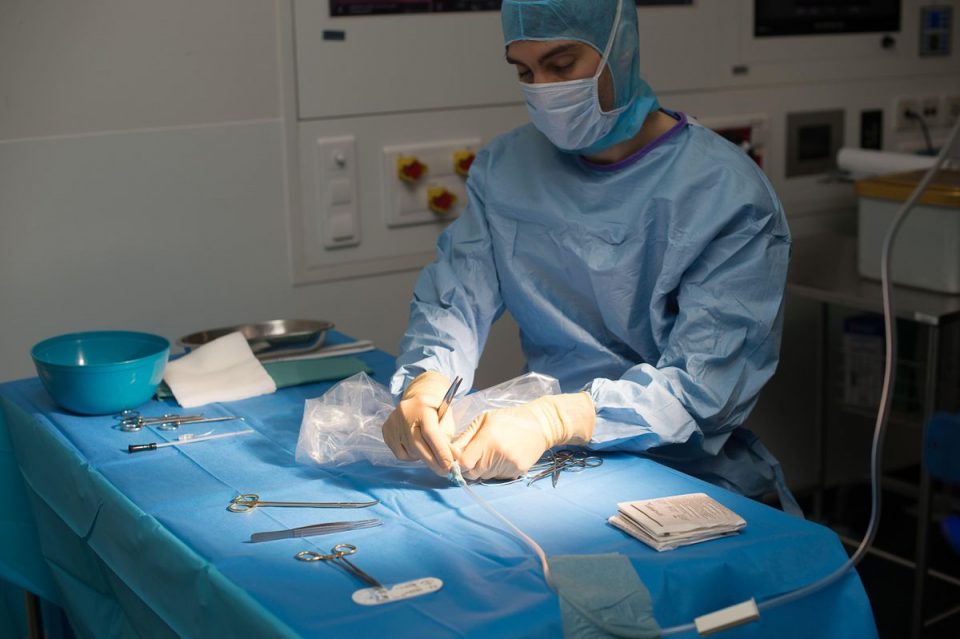 The U.S. charges organ procurement organizations (OPOs) with coordinating with a potential organ donor’s next of kin so that lifesaving organs can be recovered and transplanted.

The stakes are literally life-and-death, and the need is great: last year there were 32,000 organ transplants in the United States from deceased donors, but many more are needed. The waiting list for kidneys alone exceeds 90,000 people, and over 500,000 Americans are on dialysis.

Last year alone about 12,000 people on a transplant waiting list either died or became too sick to be considered for one, and thousands of others were never placed on a waiting list at all because the severity of the organ shortage precluded any possibility of them receiving a transplant. In fact, more people die each year waiting in vain for an organ than the number who actually receive a transplant.

The organ shortage is especially pernicious for African Americans, Native Americans, and Hispanics, who are much more susceptible to end stage renal disease than Caucasians. Exacerbating this racial difference is that Caucasians are also much more likely to receive a transplant.

The shortage makes it crucial to obtain as many transplantable organs as possible, especially since there is almost 500% variability between the best and the worst OPOs. Research shows this differential cannot be explained away by demographics or other population differences.

Instead, much of these regional differences seem to reflect whether the OPO has sound management.  OPOs based in Dayton and San Francisco saw organ recovery rates increase immediately after hiring new, energetic chief officers; in Las Vegas rates doubled under new leadership.

However, improving the management at poorly-performing OPOs happens infrequently, as their monopolistic structure undermines systemic pressures to improve. Incompetent OPOs plod along for years—losing organs in transit is a distressingly common phenomenon with the worst-performing OPOs—while patients are left to languish.

The Department of Health and Human Services has the power to decertify underperforming OPOs, but it has never used that power in the 36 years of their existence despite ample evidence of poor performance for several of them.

Thankfully, this inertia may soon change. Late last year HHS proposed new regulations that would end the regional monopolies of the OPOs and force poorly-performing OPOs to improve their performance or lose their contract to another OPO with a better track record of organ recovery.

The move would save thousands of lives each year. The best OPOs have already begun embracing this new reality by encouraging the government to make a reduction in the waiting list for transplants—and not preserving the status of OPOs—its priority.

Besides saving lives, improved OPO performance would also benefit taxpayers: boosting organ recovery rates would reduce the number of dialysis patients covered by Medicare and save as much as $40 billion over 10 years.

There’s much more that could be done to help those waiting for an organ transplant after reforming the OPOs. For instance, allowing Medicare to offer fair compensation to donors would dramatically increase the number of kidney transplants and save thousands of additional lives a year—mainly minorities—while saving taxpayers billions of dollars a year by reducing the number of people on Medicare receiving dialysis. Treatment of end-stage renal disease will cost taxpayers over $50 billion in the current fiscal year.

A bipartisan group of 25 members recently released a letter advocating the introduction of more competition into the OPO sector and encouraging HHS to finalize the proposed reforms.

Few people have reason to object to OPO reform except for those with a stake in a poorly performing one. Allowing OPOs to compete would constitute a sensible first step in increasing the supply of organs until no one in America dies waiting in vain for an organ to be made available.

Startups helping SMBs with logistics and warehousing this festive season