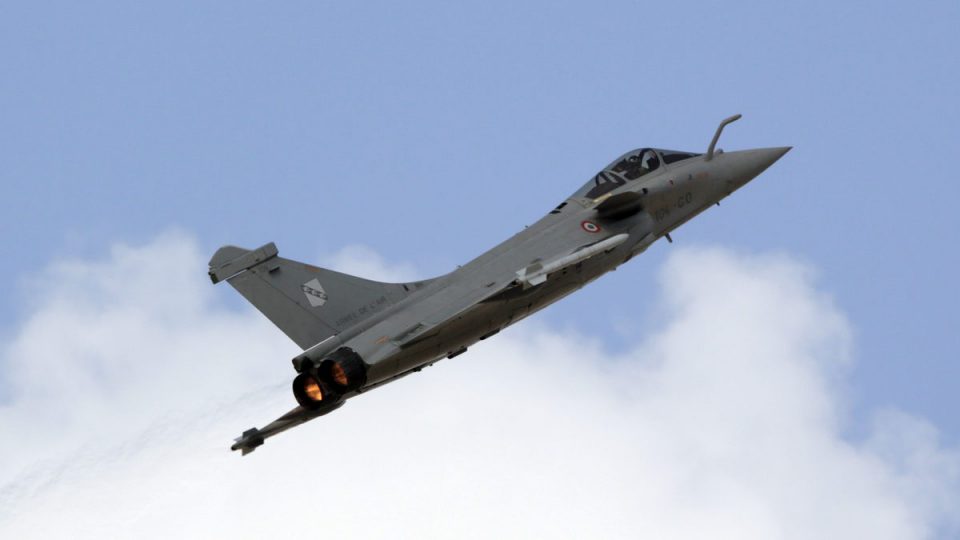 
The wait for the much-anticipated Rafale fighter jets — the most high profile defence acquisition India has seen in at least two decades — is finally coming to an end. Five of the 36 jets that were ordered have landed in India and more will be inducted in the IAF in the months to come.

Their landing at the Ambala Air Base Wednesday became a cause of celebration for the entire country, and rightly so. After all, it was the first induction of a full-fledged fighter aircraft in over 20 years.

However, beneath this celebration lies the harsh reality of India’s painfully slow defence purchases. The Rafale deal and a plethora of procurement, now being done under the emergency clause in the wake of tensions at the Line of Actual Control (LAC), exposes the malaise that continues to shadow India’s defence procurement and planning.

There is nothing to be proud of in the purchase of Rafales. The project to acquire the new generation fighter jets has taken 19 years to see the light of the day.

Rafales alone would not fulfill the Indian Air Force’s demand for new generation fighters. According to a previous proposal, the IAF was to get 126 jets under Make in India and not 36.

It has taken 5 years for the first 5 jets to land in India after Prime Minister Narendra Modi announced it in April 2015 during his trip to France.

The eventual contract was done late 2016, which shows the time taken despite it being Modi’s top priority. This proves how complex the defence procurement process in India is.

We are deeply grateful to our readers & viewers for their time, trust and subscriptions.

Quality journalism is expensive and needs readers to pay for it. Your support will define our work and ThePrint’s future.

As part of the emergency purchases, the armed forces are working on over 100 procurement contracts for sourcing rifles, drones and specialised ammunition.

Wonder what the defence planners were doing till now.

The emergency procurement is being done not just for additional ammunition, but for a spate of new systems, including assault rifles and others.

Also read: If India wants to tire China out on LAC, it must build fortresses at these pressure points

PM Modi should crack the whip on this red-tapism and ensure that India’s soldiers are well-trained, well-equipped and capable enough to face the challenges of the new generation warfare and that of the future.

Merely having a large standing Army or an Air Force with aircraft flying on extended lease of life and without much use against modern weaponry of the enemy, cannot be India’s answer.

It is time the defence planners sat together and worked out a fresh plan for modernising our armed forces rather than continuing with piecemeal purchases.

The services are still involved in turf wars and a system of jointness is yet to grow among them.

The classic case of procuring in silos is the Apache helicopter deal with the US where both the IAF and the Indian Army have done their separate deals, that has costed India at least Rs 2,500 crore more.

What the former defence secretary G. Mohan Kumar wrote in The Economic Times sums up the sorry state of affairs: “The armed forces’ 15-year Long Term Integrated Perspective Plans (LTIPP) — the mainstay of their modernisation programme — remains an ambitious paper exercise without any realistic link to the annual capital allocations.”

“With better jointness the LTIPPs could be reworked and prioritised, but slow acquisitions taking several years and uncertainties in funding can plague rapid modernisation,” he wrote.

It is not just the forces who should be blamed for the mess. The Department of Defence Production, Defence Research and Development Organisation and defence PSUs have no less contributed towards a rotten system that exists today.

All these organisations need a reboot because the ‘business as usual’ approach would not take India far in the event of a war.

It is shameful that when war clouds are hovering, the armed forces have to depend on foreign manufacturers to equip themselves.

Also read: India has two options with stubborn China. The better one involves taking the battle to them

Cut down the red tape

It is important for the Defence Ministry to cut red-tapism when it comes to military procurements.

Despite the urgency shown in the purchase of Rafale fighters, a formal tender for buying another 114 fighters is yet to be issued and one is not sure if the project would even materialise.

A similar delay is being witnessed for the contract of 83 LCA-MK 1A aircraft despite the IAF dealing with the Indian manufacturer, Hindustan Aeronautics Limited (HAL). A Request For Proposal for the aircraft was issued to HAL in December 2017 but a contract is yet to be signed.

Even in the case of submarines, the procurement process is so intertwined that a formal tender of the much talked about Project 75I-class submarine is yet to be issued. The project was first cleared in 2007.

Delays have also marred the Kamov helicopters and AK-203 Rifle deal with Russia that was announced by PM Modi and Russian President Putin years ago.

The list of such critical defence deals that are now delayed is long. If this is what happens to projects of priority and emergency, then imagine the fate of regular purchases.

No wonder many of our infantry soldiers continue to wait for modern bullet-proof jackets, helmets, boots and modern assault rifles.

News media is in a crisis & only you can fix it

You are reading this because you value good, intelligent and objective journalism. We thank you for your time and your trust.

You also know that the news media is facing an unprecedented crisis. It is likely that you are also hearing of the brutal layoffs and pay-cuts hitting the industry. There are many reasons why the media’s economics is broken. But a big one is that good people are not yet paying enough for good journalism.

We have a newsroom filled with talented young reporters. We also have the country’s most robust editing and fact-checking team, finest news photographers and video professionals. We are building India’s most ambitious and energetic news platform. And we aren’t even three yet.

At ThePrint, we invest in quality journalists. We pay them fairly and on time even in this difficult period. As you may have noticed, we do not flinch from spending whatever it takes to make sure our reporters reach where the story is. Our stellar coronavirus coverage is a good example. You can check some of it here.

This comes with a sizable cost. For us to continue bringing quality journalism, we need readers like you to pay for it. Because the advertising market is broken too.

If you think we deserve your support, do join us in this endeavour to strengthen fair, free, courageous, and questioning journalism, please click on the link below. Your support will define our journalism, and ThePrint’s future. It will take just a few seconds of your time.

Pros and Cons of a Multi-Ecommerce Fulfillment Center Approach