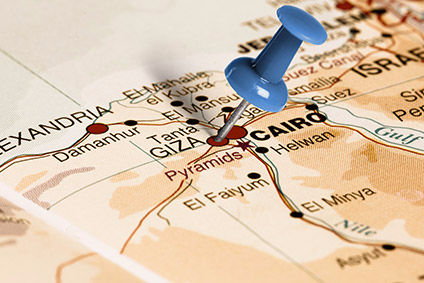 Egypt appears best-placed of all Middle East and North Africa regions (MENA) when it comes to growing apparel production thanks to its large working-age population base, according to a new report from Fitch Solutions.

Overall the report suggests MENA will benefit from the trend of global supply chain diversification away from China, even despite somewhat higher labour costs than major Asian manufacturers, given geographic proximity and preferential trade access to the large European consumer market.

Egypt, Jordon, Morocco, Tunisia, and Algeria will benefit the most in the MENA region from global apparel supply chain diversification, the report noted.

The Fitch report also noted labour costs in Egypt that are comparable to its Asian competitors and its close geographical proximity to Europe which makes it attractive to brands and retailers.

According to the report, Egypt has high labour availability, medium apparel manufacturing expertise, many trade agreements, and a medium transport network.

Tunisia was also named as offering “opportunity” with low labour costs, and a developed textile sector but the report said while there is room for investment into the sector, elevated political risk, the country’s need to input raw materials and relatively small size of the working population could dwarf its appeal relative to key regional peers with significantly larger population sizes and cotton production capacity.

“Similarly, Jordan is likely to maintain its position serving the mid-to-high cost apparel market segment, though may struggle to significantly grow market share. The country benefits from relative political stability established ties with European suppliers and more favourable transport logistics and trade regulations. However, higher wages, the small size of the sector and the fact that Jordanian producers rely on imported fibres – reducing flexibility and turn-around time – could inhibit significant further gains.

“By contrast, we see more limited scope for Morocco and Algeria to benefit. Although Morocco was already a major textile producer, as the country continues to move up the value chain, rising labour costs are likely to inhibit significant further investment. Meanwhile, Algeria’s relatively large population (by regional standards) and low labour costs could make it a hospitable base for T&A manufacturing, but the limited size of its current manufacturing capacity, the lack of integration into European garment manufacturing supply chains and statements by President Abdelmajid Tebboune suggesting a potential shift to more protectionist policies will temper appetite for investment into the country.”

Airforwarders Association: Is the Forwarding Industry Ready for a Covid-19 Vaccine?

Heading Off the Next Pandemic