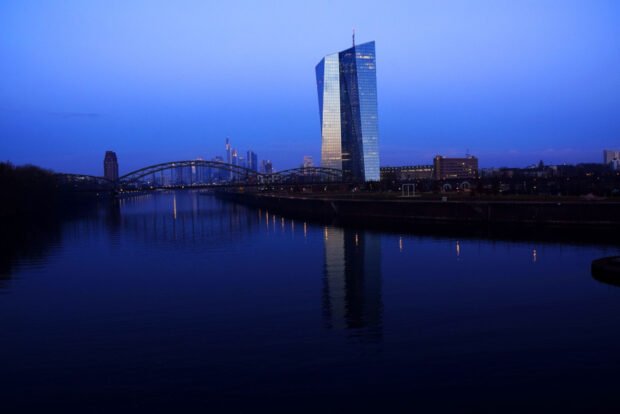 The European Central Bank (ECB) is stepping up its investment in SupTech – technology for supervisory agencies – with a planned spend of more than £200m (US$276m).

SupTech has growing importance for authorities such as the ECB, which wants to boost its capabilities in fields such as artificial intelligence and machine-learning.

“This tender shows the importance the ECB is paying to cutting-edge supervisory and regulatory technologies, including artificial intelligence and machine learning. It is our goal for ECB banking supervision to be at the forefront of these developments,” a spokesperson from the bank said.

The move follows a report, published in October last year by the Financial Stability Board (FSB), about the use of SupTech and RegTech (regulatory technology). It found that technology and innovation are “transforming the global financial landscape, presenting opportunities, risks and challenges for regulated institutions and authorities”.

The ECB’s contract notice splits the work on SupTech into two parts. The first section is “to procure external consultancy support to improve and further digitise existing supervisory practices and tasks at the ECB.” This is the largest part of the contract, with an estimated value of €210m (US$ 255m) in total over four years.

The second part is smaller, with an estimated value of €17.5m (US$21m) in total over the same time period as above. It is focused on recruiting a broker so the ECB can access “highly-specialized academic think tanks, SMEs and start-ups in the field of digitalisation, artificial intelligence and other emerging technologies”. This work will include prototyping the latest ideas, providing market updates and “delivering tailored educational services”.  It goes beyond SupTech with the aim of exploring emerging technologies and trends both in the ECB’s supervisory and central banking functions.

The ECB has been building its in-house SupTech capacity in recent years, with its work evolving from more traditional banking supervision to the use of emerging technologies for the more than 6,500 users of the ECB’s banking supervisory IT systems. For example, it is developing a cloud-based SupTech platform, Virtual Lab, to provide the digital infrastructure for remote collaboration across the Single Supervisory Mechanism.

The ECB procurement’s deadline is 16 February 2021. Invitations to tender or participate are expected to be sent out around 30 April 2021.

The FSB’s report, published in October, provides an extensive overview of how authorities such as the Monetary Authority of Singapore, Bank of England and the De Nederlandsche Bank, as well as the ECB, are developing their SupTech capabilities.

The opportunities offered by SupTech and RegTech, have been created by “the substantial increase in availability and granularity of data, and new infrastructure such as cloud computing and application programming interfaces (APIs),” the publication notes. For both authorities and regulated institutions, the efficiency and effectiveness gains, and possible improvement in quality arising from automation of previously manual processes, is a “significant consideration”, it says.

The report, which includes 28 case studies on how SupTech and RegTech are being used, is informed by a survey of FSB members. It says that authorities are “vigilant” to possible risks that could arise from the use of the technologies. Survey responses indicated that the risk reported to be of greatest concern was around resourcing, followed by cyber, reputational risk and data quality issues.

“Due to security concerns, it may be difficult to outsource much of the SupTech development and implementation process to external vendors. As such… the majority of authorities continue to rely on internal development of SupTech tools,” the report says.  It also notes that multi-lingual environments such as that of the ECB “have presented challenges to deploying SupTech tools that rely heavily on the accuracy of their linguistic capabilities”.

Separately, the ECB announced that its digital euro consultation – which began last October – received more responses than any of its previous public consultations, with 8,221 citizens, companies and industry associations completing the online questionnaire. A detailed analysis will be published in the spring, ahead of decision on whether to launch the digital euro. The ECB said its initial analysis showed that privacy of payments ranked highest among the requested features of a potential digital euro (41% of replies), followed by security (17%) and pan-European reach (10%).

AM Best revises Qatar Re outlook to negative