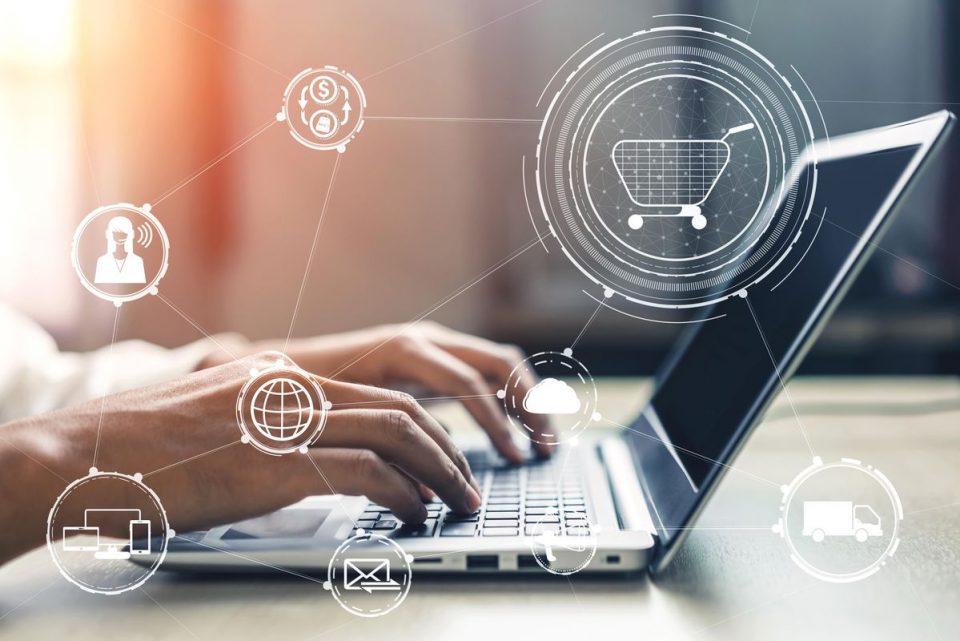 Paul Palmieri was looking at various direct-to-consumer startups as possible investments for his venture capital fund when he decided the e-commerce economics didn’t add up.

“I definitely saw a lot of opportunity to invest in direct to consumer brands, but every time we would get close, we would look at it and say, gosh, the numbers are somewhat broken,” he said.

While the sales potential is great, the fees brands pay to what Palmieri calls the ecosystem of e-commerce enablers – for advertising, for keywords, for warehousing, for fulfillment – are destroying margins.

So instead of investing in a DTC brand, Palmieri decided to invest in starting a company that would help brands large and small master the new math of e-commerce.

The company, Tradeswell, emerged from stealth mode last week after beta testing its platform since the beginning of this year.

The platform uses artificial intelligence to analyze a brand’s data and performance on e-commerce marketplaces and help them make better decisions to maximize their margins.

Palmieri likes to describe Tradeswell as a Bloomberg terminal for e-commerce.

“We’re the first algorithmic trading platform for e-commerce brands to trade their goods at the speed and velocity of today’s markets,” Palmieri said.

While it doesn’t doesn’t directly trade goods – at least not yet – Tradeswell can automate functions like keyword bidding for better search and marketing results, or advise brands which of the marketplaces they are operating on – i.e. Amazon
, Walmart
, Target
– is giving them the best return, or which product sizes or assortments are the most profitable.

Brands who sign on with Tradeswell allow the platform to access their e-commerce data and the platform uses artificial intelligence to “reveal insights to the brands about what actions they should take for various products to drive sales and to drive margins,” Palmieri said.

For example, Palmieri said, “an insight might say if you bid more on this keyword the AI says you potentially have a 4% uptick in sales”. Or “if you take this smaller bag of product off the market and leave on the larger size, we think your net margins over x period of time will increase.”

Sample screenshots of the Tradeswell platform show information breakouts like how a brand is performing on Amazon vs Shopify vs Instagram vs Facebook, as well as sales volume attributed to ad spend compared to subscription sales and discount sales.

Palmieri made the millions he used to start his venture capital firm, Grit Capital Partners, with Millennial Media, the mobile ad tech firm he co-founded in 2006, took public in hot IPO in 2012 that valued the company at over $1 billion, and sold to AOL (now part of Verizon
) in 2015.

Like Millennial Media, Tradeswell is headquartered in Baltimore. It also has a satellite data science staff based in San Francisco.

Palmieri’s past track record with Millennial Media is helping Tradeswell get noticed. He says the platform already is being used by 100 brands, after Tradeswell initially reached out to selected brands to test it. Brands and companies using the platform include French’s, Frank’s Red Hot, and other brands owned by McCormick & Co.
; Restorapet; Ox Tools; and San Franciso Salt Company.

Chris Farmer, CEO and founder of SignalFire, who previously was part of a fund that invested in Millennial Media, said, in a statement provided by Tradeswell, that he is betting Palmieri and his team will achieve similar success with Tradeswell. Farmer called it “a real-time trading platform for products” that is “part of a $3 trillion global market.”

Tradeswell is a software as a service model, with clients paying a monthly fee for the service, although Palmieri said that “over time” depending on the services a client uses, and its revenue, there will be a percentage fee related to sales, but that it will be “a fraction of what brands would be spending on agencies and enablers” without Tradeswell.

The company didn’t reveal its current fees, but said it offers three tiers of service: basic, pro and enterprise. Tradeswell currently has about 20 employees, and the leadership team includes several executives with experience at Millennial Media and Flywheel Digital.

Palmieri began putting Tradeswell together about 15 months ago, and brands began testing the platform at the beginning of this year.

His elevator pitch to brands is “we’re going to help you stay competitive and become more profitable in e-commerce.” Some of the early adopter brands have seen a 90% increase in sales, he said. “Now you can say, ‘Hey, it’s COVID time’, and we’re discounting for some of that, but we’ve also seen some clients have had a 25% increase in net margins,” Palmieri said.

Here’s a video Tradeswell made to explain what it does:

The surge in online shopping caused by the pandemic demonstrated to many brands the need for better analytics, and for a better way to manage margins, Palmieri said.

“All of a sudden you wake up with your $30 million business which was $15 million before COVID, and you’re turning around and writing a $3 million check for 10% of $30 million,” to drive those sales, he said. “It’s unbelievable how deep the elbows are in the cookie jar for these various enablers.

At this moment, “where there’s the question will this COVID growth make or break a brand,” there’s a huge opportunity for Tradeswell, Palmieri said. “If a brand is selling on fairly thin margins and fairly unprofitably, and then their e-commerce sales triple and quadruple, a whole bunch of costs could really get them. So understanding the business from end to end, with unit economics, and taking actions based on margin is what we think is the secret to what we’re doing,” he said.

As part of its plan to provide brands with better intelligence about what it is costing them to drive sales, Tradeswell last week also announced it has acquired StreamMetrics, a tech company that connects social media content to such metrics as discovery, engagement, and revenue.

Palmieri is right that there’s a giant market out there of e-commerce brands who need better business intelligence. As he notes, “Last year, 25,000 brands did $1 million or more on Amazon alone and 11,000 brands did $10 million on Amazon. So the scale of this is incredible.”

The risk he faces is that other tech firms are rushing to launch e-commerce solutions that also promise to make e-commerce brands smarter, more efficient, and more profitable. Amazon itself offers an analytics platform to brands, with insights on how to best manage their Amazon businesses.

Palmieri’s pitch is that Tradeswell will be agnostic, and will look at all the e-commerce platforms a company sells on, and make unbiased decisions based on the numbers. Amazon’s brand insights analytics. for example, isn’t going to suggest “sell less on Amazon,” just as an ad agency isn’t going to offer analytic insights that recommend “buy fewer ads”.

The challenge for Tradeswell will be can they build their e-commerce solution faster, and better, than anyone else, and not look like just another e-commerce enabler who wants a slice of that shrinking margin.