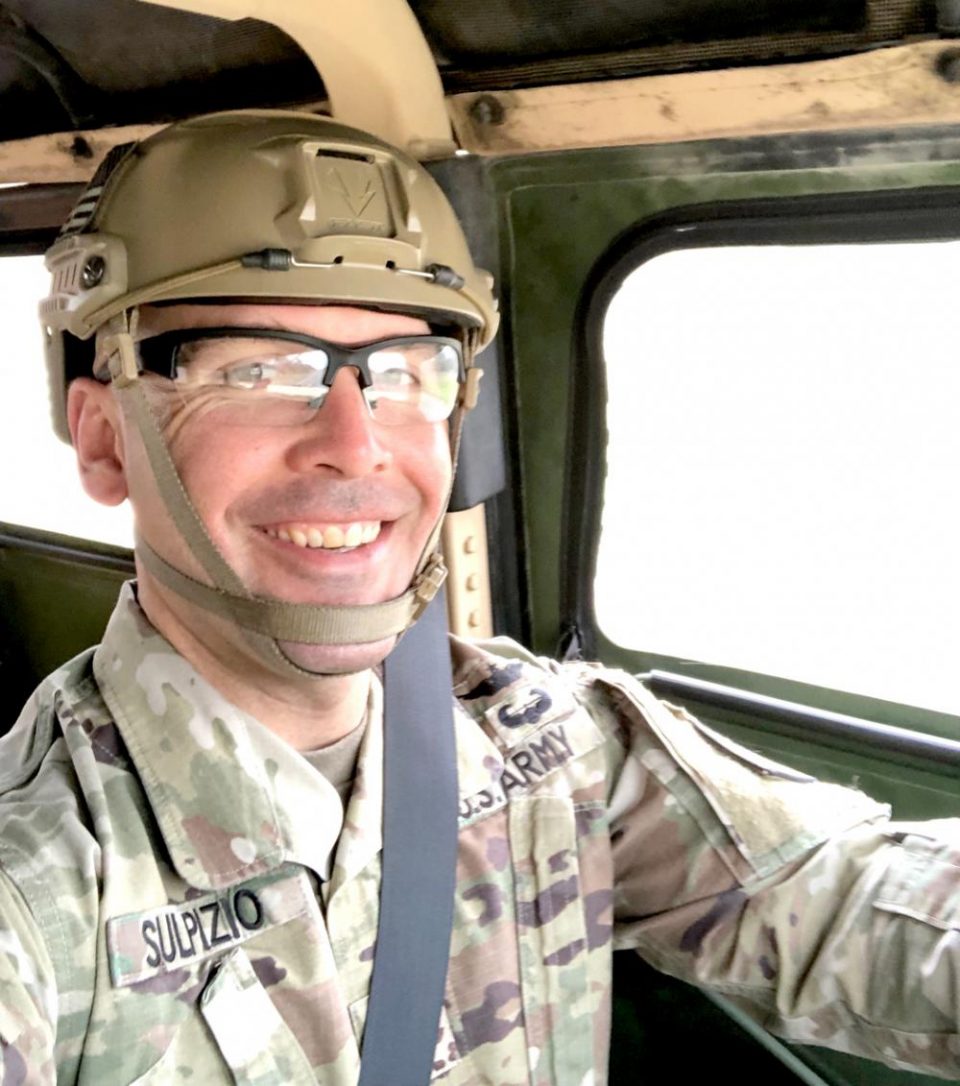 FORT POLK, La. — Since the early 1940s, Fort Polk (originally Camp Polk) has been a proving ground for Soldiers headed overseas to battle. Whether it was World War II, the Korean War, Vietnam, or Afghanistan and Iraq, the installation in the piney woods and abundant swamps of Central Louisiana has long been the Army’s premier training site to prepare Soldiers for battle.

Unfortunately, because most of those who entered Fort Polk’s gates were just passing through on the way to war, the post earned an unfair reputation as a place to avoid.

However, that “reputation” has been reversed due to recent leadership and Big Army’s assistance in changing Fort Polk from a station of opportunity to a station of choice.

If you were to speak with Maj. Donald Sulpizio, outgoing Joint Readiness Training Center and Fort Polk G-3, he would be quick to point out Fort Polk is one of the best assignments a Soldier could seek — both for its opportunity to receive training from the best the Army has to offer, to a quality of life that has become second to none.

Sulpizio was not new to Fort Polk when he was assigned as an Operations Group observer/controller/trainer in June 2017. He attended air assault school here in 2000 as a private. Later, as a lieutenant, company commander and battalion S-3, his unit participated in JRTC rotations.

Sulpizio said he and his son Dominic were the Team Sulpizio advance party.

“We were moving from Fort Riley, Kansas, and I had just gotten home from Afghanistan a few weeks before that,” he said. “As I drove onto the installation, there was a pit in my stomach. I wondered what I was asking of my Family. I had already asked so much based on my love of serving. It looked like status quo; like a time capsule of my time as a private, lieutenant and a captain. Like nothing had changed.”

Sulpizio said he came to JRTC and Fort Polk prepared to lead Soldiers and make a contribution to his branch — aviation — and the Army.

“The OC/T job was beyond rewarding,” he said. “While in Ops Group I also served as a rotational planner and served as the S-3/XO aviation trainer with Task Force Aviation.”

Then came a job that Sulpizio said he was humbled to accept: JRTC and Fort Polk G-3. The Pennsylvania native said during his three-year tenure at Fort Polk, he watched an aggressive plan unfold to invest in the combat training center, modernize it and maintain pace to prepare units and leaders for war in decisive action and large-scale combat operations.

While the focus was justifiably on the JRTC’s training platform, Sulpizio said just as importantly, he got to be a part of a collaborative team effort: An investment in Soldiers, their Families, the civilian workforce and contractors.

“The Army terms it ‘quality of life,’” he said. “You read that if you invest in your people, your business will get better. What was beautiful was that during the past three years we really invested in our people.”

Growing up in farm country, Sulpizio said he has always enjoyed being part of a team.

“I’ve got a farming work ethic: You were surrounded by people who would do anything for you and you didn’t leave until the job was done,” he said. “That’s very much JRTC and Fort Polk, on and off post.”

In addition to being motivated by teamwork, Sulpizio said his Family inspires him.

“If they’re not happy, it’s hard to put on that uniform and go to work with enthusiasm,” he said. “We raised our kids here for three years — critical years. Their time here will help make them into the adults they’ll become one day, based on their interactions with good people and the quality of life.”

Some of the opportunities Team Sulpizio participated in included: Fishing, the Directorate of Family Morale, Welfare and Recreation Color Run, the Geronimo 10K, movie nights — “we went to every one and ate MWR out of their popcorn and hot dogs” — and FreedomFest.

“Those opportunities allowed my children to see how great the Army culture is and how tight the community is,” he said. “We’re excited about the next adventure, but we’re not excited to leave.”

Sulpizio said if a friend were to ask if he would recommend the JRTC and Fort Polk as an assignment, the answer would be, “Absolutely yes.”

“For professional growth — if you want to lead troops one day this is a leadership factory,” he said. “And then I would let them talk to my wife and children who don’t want to leave Fort Polk, because they have cherished memories here.

“We all want to be here. It’s a cultural change of pride in the installation. It feels like a tactical Army unit, and it starts from the top with the CG. You’re proud to be stationed at the JRTC and Fort Polk. When you come through the gate, you’re proud of the professionalism and the appearance of the installation.”

When the conversation turned to JRTC and Fort Polk Commanding General Brig. Gen. Patrick D. Frank’s leadership team, Sulpizio said the team members were “unwavering, and relentless in their commitment to our Soldiers, Army Families, civilians and contractors to ensure they are relevant, and that we are the premier combat training center” because our BCTs that come here deserve nothing less.

“I’ve never been part of a chain of command that was so service-oriented toward their people.”

Sulpizio said much is asked of those who serve at JRTC and Fort Polk.

“The operational tempo is higher than anywhere else I’ve ever been,” he said. “I’ve been deployed four times and I’ve never seen an operational tempo like this. I think we all recognize the sacrifice that takes. In return, and it starts at the top with General Frank and the command sergeant major, the garrison team and the senior leaders across the installation, there is a collective effort to be service-oriented and invest in people.”

Sulpizio said Frank is an “inspirational leader” and the most engaged leader he’s served with.

“He is engaged with everyone from senior leaders to young Soldiers in a PT formation,” he said. “He listens to everyone and acts on what they say. He’s genuine because he lives it. It’s real. He’s invested in every line of effort on Fort Polk. And that culture spreads.”

“We have an aggressive campaign of activities for Family resiliency,” he said. “That’s what we ask of our Families. My kids believe in our mission. They believe if I — and my battle buddies who wear this uniform — don’t go to work, the Army is not going to be ready to fight and win. They’re all in. That asks for a lot of resiliency.

“They had heard they were in the middle of nowhere. But from where we were at in 2017 to where we are now, I’ve really got to give a lot of credit to the headquarters staff. There is a steady investment both in and out of rotation to build Family resiliency so they can endure those late nights when we are out in the Box training or working on other issues for the mission.”

Asked what he will miss most when he heads to his new assignment at the Pentagon, Sulpizio said, “The people. I’m going to miss the team. I hope to serve with them again. It’s up to the Army whether or not I come back to Fort Polk one day, but if it’s up to me and my Family, I know that it’s an opportunity we would seek in the future. But I’ll let the Army decide that.”

This work, Sulpizio identifies JRTC, Fort Polk as ‘leadership factory’, by Chuck Cannon, identified by DVIDS, must comply with the restrictions shown on https://www.dvidshub.net/about/copyright.

NHS procurement strategy should aim to boost local economies, not save money | Comment

What’s up at H&R Block, inside the Cheese Factory and more