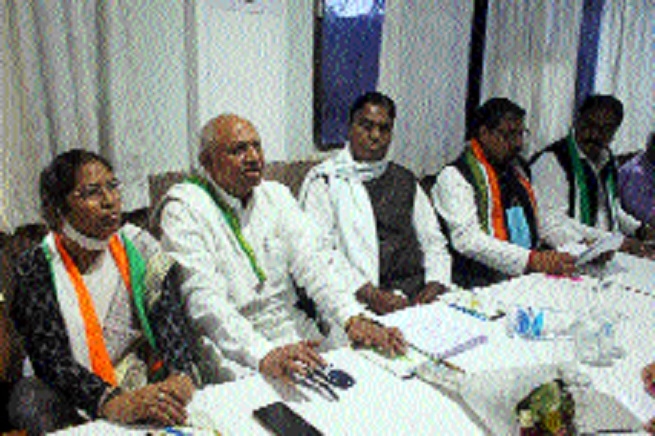 While commenting on allegations made by several noted BJP leaders in State over paddy procurement and its storage, the In-charge of Durg District Congress Committee, Lalji Chandrawanshi has replied, “the Baghel-led State Government is purchasing paddy and grains at the prescribed support price by the farmers, but the Central Government is throwing hurdles in smooth conduct of purchasing and storage of paddy” during a press meet organised here on Wednesday at Supela Bhilai.