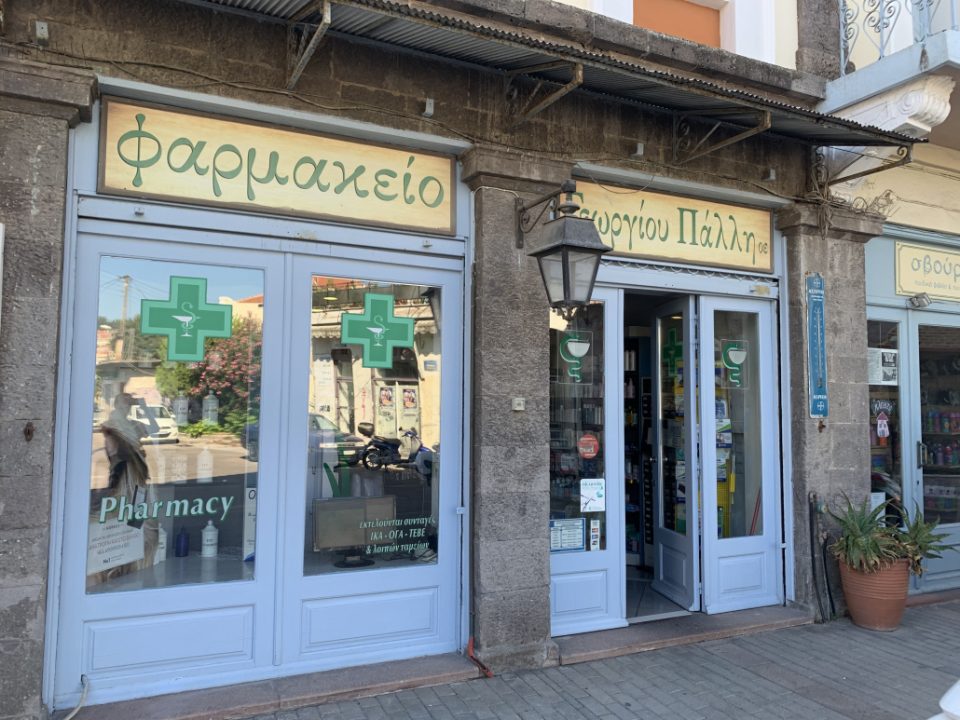 Over 500 refugees in boats escaped to a small village in Lesbos, Greece, in 2019, after fleeing their home-country’s civil war. It was at that village where Michael Cesar, a business administration graduate, said he met university professors, doctors, families with children and many more who needed help with food, shelter and primal resources.

The lack of resources inspired Cesar and  Rhys Richmond, a senior majoring in biomedical engineering, to create Duet in 2019. Duet is a tech nonprofit organization that helps refugees in Lesbos — recently expanded to Athens — while supporting the local economy. The asylum seekers are able to go to local stores to select items they need, such as food, laptops or even guitars, and allow circulation of money within the community.

Refugees request items on a designated app for members, and donors give money on Duet’s website. After every transaction, a picture posted under the app proves the items were received. Within one year, Duet has helped over 100 refugees with the support of more than 500 donors, according to the organization’s 2019-2020 impact report.

People struggle to survive at refugee camps even when aid is sent to them, as many items do not fulfill primal needs and instead amount to waste, Cesar said. Donations like bath bombs, for example, are thrown away because there aren’t any bathtubs at refugee camps.

“Nobody wants to leave their homes and the people who do end up leaving are the ones who really have to otherwise they’re gonna get killed,” Cesar said.

The Arab Spring in 2011 sparked a group of pro-democracy movements and spread in the neighboring countries in the Middle East, according to The New York Times. In one of the countries Syria, tensions and demonstrations arose while people advocated for greater freedoms and human rights. The government killed and arrested many protestors and war erupted. Since then, millions of people have crossed the borders in Europe seeking asylum.

Cesar and Richmond founded Duet after traveling to Lesbos as part of their “Innovation in Engineering Design for Global Challenges” class. They gathered a small amount of private funds provided by their class and got a head start for their company. They then gathered a team of USC engineers, designers and interns and built a website in order to digitally host their nonprofit organization.

Richmond said, one of the challenges was getting items to people without using a service such as Amazon since one of Duet’s goals was to support the local community and economy as much as possible. Cesar and Richmond walked into local stores in Lesbos and realized many owners were willing to work with them. So, they began directing store owners who wanted to help toward an online site where they could connect with refugees who needed help.

Both founders spoke about the importance of transparency. Duet wanted its donors to be able to know when and where the money arrives at its destination.

“We’re getting a lot of feedback that [donors] love that transparency piece where they see the exact item — they see the picture of the item in the store — and then we loop back in with them,”  Richmond said. “The refugees have an option to send an optional pickup photo, or even a thank you note. They see the donors name, and then the country flag, where they’re from.”

Raghav Maheshwari, who graduated in 2020  and is Duet’s tech lead, reflected on the impact of the organization, remembering when he visited a year later. Maheshwari said people were benefiting from donations, to the extent that some refugees had gotten jobs.

“It was incredible to sort of see the change over a course of a year,” Maheshwari said. “One young man that we met two years ago, he didn’t speak much English at all and was very shy and quiet. Through Duet we were able to donate a laptop which he used to learn English.”

While Duet continues to help refugees, the organization has been struggling due to Greece’s implemented lockdown as a result of the pandemic. Now, people are only permitted to go out for specific reasons — such as shopping, visiting the doctor or bank — and can only do so after texting a designated governmental number. Many refugees are unable to do that, so help has been delayed for the moment.

Cesar said the donations are still important so that the refugees can pick up what they need when the country reopens.

In the meantime, Duet is also expanding in helping young parents who come out of foster care in Los Angeles. Cesar said they decided during the pandemic’s lockdown to start helping a group of people in L.A., because it’s their hometown and were able to provide similar help as they’ve been doing it overseas.

Duet’s future plans include taking this platform and applying it to many other cases, such as incarcerated youth leaving prison, or natural disaster victims whose houses were destroyed. Their goals include a variety of geographical locations, not only within the United States but also in other countries.

“I think Duet has the power to really change the way that charity works, that philanthropy works, just because it puts so much power in the individual and allows them to feel ‘I am receiving a hand up. I’m not receiving a handout,’” Richmond said.

Ground beef is now better than ever. Here’s why