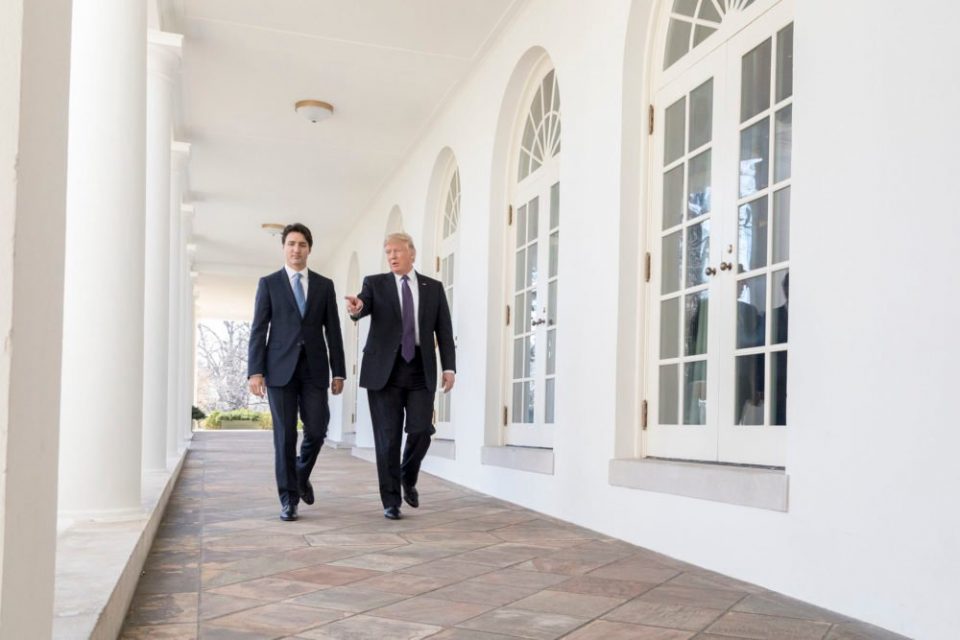 President Donald Trump’s “America First Health Plan” which he said was “big stuff” during the first presidential debate on Tuesday, could affect drug supply, including insulin, in Canada.

Early in last night’s debate, moderator Chris Wallace of Fox News asked the president about his health care plan, to which Trump responded, “I’m cutting drug prices. I’m going with favoured nations, which no president has the courage to do because you’re going against big pharma. Drug prices will be coming down 80 or 90 per cent… I’ll give you an example: insulin.”

“It was destroying families, destroying people, the cost. I’m getting it for so cheap it’s like water, you want to know the truth. So cheap. Take a look at all of the drugs that what we’re doing. Prescription drug prices, we’re going to allow our governors now to go to other countries to buy drugs because when they paid just a tiny fraction of what we do.”

Last week, Trump approved a plan to allow importation of drugs from Canada, a plan his administration has been working on for over a year.

The Canadian government responded to the Trump administration’s Safe Importation Action Plan with a written submission.

“The implementation of the proposed rule could adversely affect the health of Canadians. The U.S. importation of prescription drugs intended for use by Canadians will cause pressure on the Canadian drug supply, exacerbating drug shortages and limiting access to needed medicines in Canada,” the federal government’s response said.

“Canada has seen a high volume of drug shortages with 10-15% of Canadian drugs in shortage at any time in the past three years. Any increase in the occurrence and/or severity of drug shortages will have negative health impacts for Canadians. The Canadian drug market and manufacturing capacity are too small to meet the demands of both Canadian and American consumers for prescription drugs.”

But the Canadian Pharmacists Association (CPhA) is calling on the government to do more.

“There must be strong and unequivocal action by the Canadian government to restrict the bulk exportation of drugs from this country,” the CPhA wrote in response to President Trump’s plan.  “While Canada’s largest pharmaceutical wholesalers have all pledged that they would not participate in such schemes in order to protect Canada’s drug supply, government measures are still needed to close potential loopholes and tighten the existing regulations’”

Prescription “chemical drugs” under President Trump’s plan would allow states through a sponsor to import drugs from Canada, or team up with pharmacies for importation, in additional to individuals from the U.S. purchasing drugs from Canada.

And with this new plan, the U.S. Food and Drug Administration has put forth a Insulin Reimportation Program, because insulin is not a chemical drug.  This new program would allow Americans to purchase insulin manufactured in the U.S. but sold by Canadian wholesalers at a fraction of the price paid for the same product in the U.S.

Trump’s direct reference to insulin in the first presidential debate has raised even more alarms in Canada.

When asked for a response to the president’s push to secure insulin supplies from Canada, Cole Davidson, press secretary for Health Minister Patty Hajdu, responded, “We remain focused on ensuring Canadians can access the medication they need.”

But many pharmacists would like to see the federal government take stronger measures, particularly now that there may be a way for Insulin to be purchased from south of the border through a Canadian wholesale distributer which are not regulated like pharmacies.

“I would like to see more regulations, stronger regulations and policing against this as this could threaten our drug supply,” Dean Miller, president and CEO of Whole Health Pharmacy Partners, said.

According to a government source, the government is in communication with the White House and the U.S. Department of Health and Human Services about prescription drugs and insulin re-importation, the issue of the drug supply, and says access for Canadians will be protected.