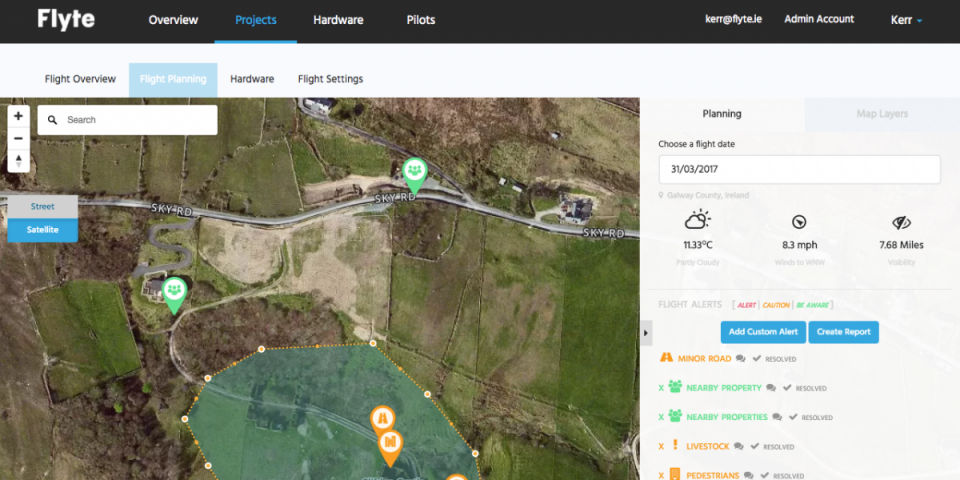 It’s been a busy year for DroneDeploy, which just last month at its annual conference announced its entry into the drone inspection market. The San Francisco startup says its customer roster has grown to over 5,000 companies with more than 400,000 job sites, which collectively perform over one million flights a year spanning 100 million acres in 180 countries.

CEO Mike Winn said the capital infusion will enable DroneDeploy to expand internationally, move into new industries, and build out its suite of offerings for customers. “Businesses of every size are turning to DroneDeploy to enable them to make better decisions,” he added. “We’re proud our software delivers faster, safer and more accurate [flight] insights … This investment is a reflection of the growth of commercial drones in the enterprise and will help us deliver on the promise of automated drone use across every industry.” 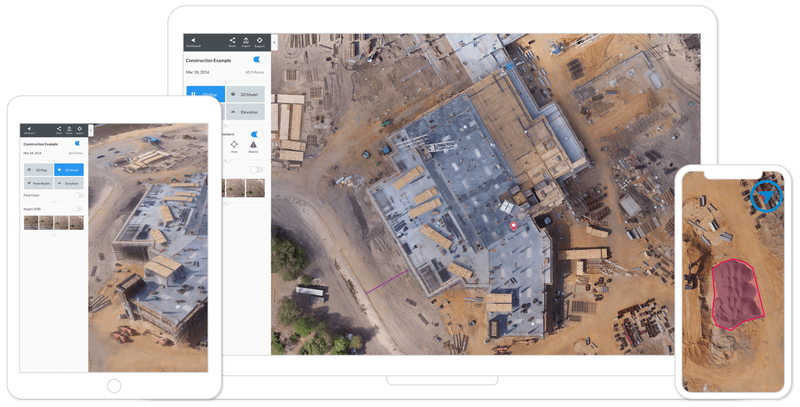 DroneDeploy, which Winn founded in 2013 with Jono Millin and Nicholas Pilkington, offers a host of products designed to furnish drone operators in industries like mining, construction, agriculture, and energy with interactive maps and analytics. From within DroneDeploy’s mobile app, they can automate flights and navigation or tap geotagged data to create custom maps, 3D models, photos, panoramas, and videos. The maps — which feature commenting and annotating — expose metrics like elevation, plant health, volume, distance, thermal data, and more, depending on the data sources available, which can be used to automate tasks like the counting of assets (e.g., cars) plus basic detection (e.g., stockpiles for inventory management).

DroneDeploy’s suite of apps can process data in a range of formats, including radiometric thermal, near-infrared, and multispectral, and they boast support for ground control and checkpoints in addition to integration with corporate and government projection systems. On the photogrammetry side of the equation (where “photogrammetry” refers to extracting measurements from photos), DroneDeploy claims its backend can process up to 10,000 images at once and hundreds of maps simultaneously. Furthermore, thanks to its proprietary AI and machine learning algorithms, things like point cloud classification and topographic map generation can be almost entirely automated.

Operators are able to integrate DroneDeploy’s tools with existing workflows and over 80 apps, affording oversight over whole fleets of drones. And from a unified interface, they can kick off flight recordings and enforce compliance with a pre-flight checklist, or share projects while imposing role-based access restrictions.

Above: A 3D model of a construction site generated by software from DroneDeploy.

“Drones are transforming how field workers safely and accurately survey job sites across industries in construction, agriculture, energy, and more,” said Bessemer partner David Cowan, who plans to join DroneDeploy’s board of directors alongside PlanGrid cofounder and former CEO Tracy Young. “At Bessemer, we see drone solutions as a major opportunity in a $6 billion global market and DroneDeploy is the clear software category leader. The world’s largest drone deployments rely on their technology, and we’re excited to help bring the value of their platform to companies around the world.”

Winn recently noted that the number of registered commercial drones has grown by more than 2.5 times every year, and that the Federal Aviation Administration anticipates the number of registered drones will exceed one million by 2021. That’s reflected in DroneDeploy’s platform growth — the largest client on the platform in 2015 had two drones in total, while this year’s record-setter had 500.

U.S. Federal Aviation Administration’s (FAA) rules regarding drones are fairly strict, to put it mildly — they currently prohibit the use of commercial drones within 500 feet of “non-participating” people and structures. But efforts are underway to loosen those restrictions. In 2016, the FAA passed new rules allowing drones to be used commercially in the U.S., and it’s granted small-sized air carrier designations — which allow pilots employed by licensees to oversee multiple unmanned aircraft making commercial deliveries simultaneously — to companies like Alphabet’s Wing and UPS’ Flight Forward. Additionally, it’s extended select companies licenses under its Low Altitude Authorization and Notification Capability (LAANC) program, which allows commercial operators to fly drones in controlled airspace, like near airports, in exchange for sharing data with the agency.

A veritable cottage industry of drone logistics has emerged concurrently, with companies like PrecisionHawk and Delair — both of which provide hardware and software solutions that helps companies launch and support drone operations — leading the pack. Some, like telepresence drone piloting company Cape, have partnered with first responders like the Chula Vista Police Department and San Diego Fire Department, and others like Matternet have strategic partnerships with private industry.

Reports show the commercial drone industry is continuing to grow quickly, albeit from a small base. A 2017 forecast from Gartner projected the number of commercial drones sold that year would exceed 174,000. Moreover, about $454 million was thrown at UAV startups in 2016 alone, and the market is forecast to be worth $127 billion by 2020.