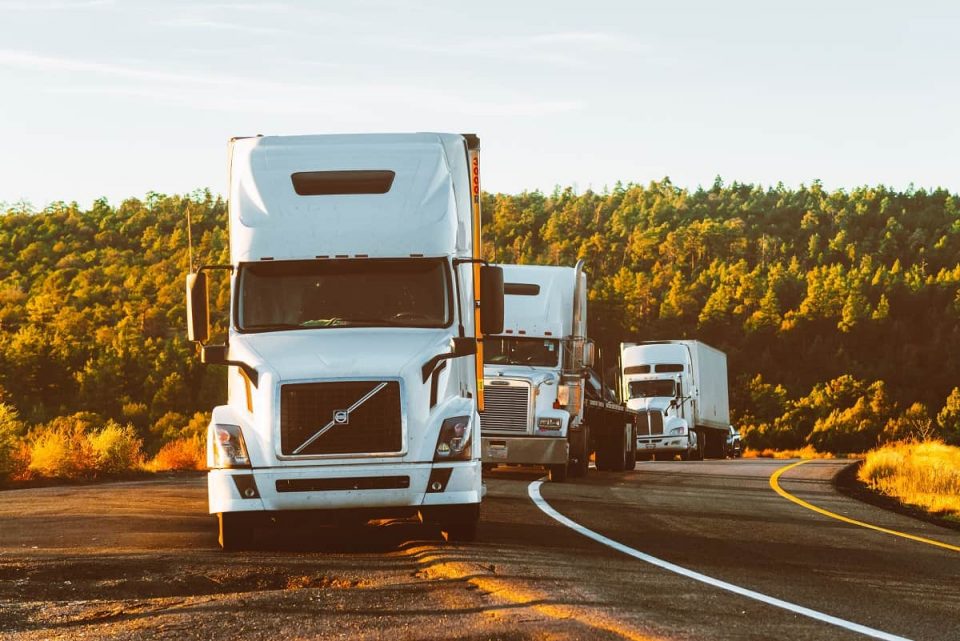 It is seldom that a report by a government agency receives widespread support, but analysis from the Productivity Commission that Australia has unfinished trucking and transport business has been very warmly received. In other Aussie trucking news: brake-maker ABT converts note-holders into shareholders; private road operator Transurban refinances a whopping A$1.65 billion of debt; controversial last-mile software provider GetSwift reports a jump in profits and vows to fight the last remaining lawsuits.

The Commission has highlighted a few pieces of “unfinished business.” Firstly, the Australian states of Western Australia and the Northern Territory have not joined the national heavy freight regime. Meanwhile, the new national regulators have not completely taken over enforcement. On the bureaucratic level, the Commission notes that approval processes for truck access to local roads can be “inconsistent, slow and lack transparency.”

It was also noted that “large efficiency gains” were expected for heavy freight truck operators. While gains have been realized, “these forecasts were optimistic and have not been achieved,” the Comission said.

The Commission has called for Australian governments to act by “accelerating reform of infrastructure planning and management, including the Heavy Vehicle Road Reform agenda and trials of road user charging.”

Local industry reaction was swift and enthusiastically in support.

The Australian Logistics Council, which represents large logistics-corporate interests, especially welcomed the calls for “further reform of the Heavy Vehicle National Law (HVNL), which are consistent with positions [the Council] has already put forward to the review of the HVNL now being undertaken by the National Transport Commission. This includes providing the National Heavy Vehicle Regulator (NHVR) with an explicit mandate to take a risk-based approach to its functions. [The Council] also supports the Productivity Commission’s recommendation that jurisdictions transfer regulatory functions in relation to the HVNL to the NHVR by 1 January 2022. This will help to address continuing frustration within the industry at inconsistent enforcement of the law across state borders.”

A further, key, recommendation of the Productivity Commission was that the Federal Government should direct the nation’s accident investigation detective, the Australian Transport Safety Bureau, to carry out a trial of investigating freight trucking accidents.

Unlike accident investigations by, say, local police, an investigation by the Bureau does not seek to apportion blame, or any kind of criminal or civil liability. In fact, any report or conclusions by the Bureau cannot be used as evidence in a court of law (except for coronial inquiries). The purpose of the Bureau’s accident investigation is to find out the causes of an accident and the purpose of its report is to explain why to the general public so that other parties can be informed so as to take appropriate corrective or preventive action.

Currently, the Bureau investigates marine, rail and aviation accidents but it does not investigate freight trucking crashes. And, as regular readers of Down Under Trucking will be well aware, there are numerous dangerous and deadly freight truck crashes in Australia every week.

If the trial is successful, the Commission said, the Federal Government should amend the law to confirm that the Bureau investigates freight-truck crashes. It further recommends that the Federal, State and Territory governments should agree to fund the Bureau to carry out truck-crash investigations.

“Extending the role of the ATSB would ensure no stone is left unturned in reducing deaths and serious injuries on our roads… this is a practical approach to improving road safety that supports the ATA and Australian Government vision of zero fatalities and injuries on our roads,” Crouch asserted.

Creditors elect to become shareholders in ABT

Advanced Braking Technology (ASX: ABV) has reported that its material debt has been substantially reduced after a “significant portion” of convertible note holders opted to convert their notes into equity.

“The decision by note holders is significant as it demonstrates their confidence in the future direction of ABT and results in the Company being in a much better financial position to implement its growth strategy,” ABT said in a note.

ABT’s notes were due to reach maturity at the end of this year. However, the company received conversion notices asking for A$1.45 million of notes to be transformed into 72.54 million ordinary shares in the company. ABT had also earlier this year converted about A$29,000 into equity.

The company now has about A$152,000 of convertible notes outstanding and it has issued a “redemption notice” to the remaining note holders giving 30 days notice that the company will redeem the notes for cash unless they elect to convert their notes for equity.

CEO John Annand commented, “the company has made significant progress in improving its financial performance in the last 12 months whilst simultaneously pursuing opportunities that have resulted in product, customer and industry diversification. This progress has provided note holders with the confidence to convert their notes into shares and results in the company being in a much stronger financial position to allow it to implement its strategy. Importantly, the reduction in debt will ensure that ABT becomes an attractive investment option for a broader range of investors.”

Transurban (ASX: TCL), a toll-road operator owned in Australia that operates in Melbourne, Sydney, Brisbane, Washington and Montreal, has announced refinancing of a A$1.65 billion corporate syndicated bank debt.

It is composed of two blocks of A$825 million with lives of three and five years respectively.

The money raised will be used to fund an ongoing project plus for general working corporate purposes.

In other Transurban news, the company has said that it expects to start tolling on the I-395 Express Lanes on Sunday, November 17.

The eight mile extension of the 95 Express Lanes to the Washington, D.C. border “will open on schedule and on budget,” the company said.

At the time of writing, Transurban has 17 roads under operation with 1.7 million daily trips across its roads.

Penny stock GetSwift (ASX: GSW) a last-mile delivery software-as-a-service provider, has reported revenues for the third quarter ending September 30 this year of just under A$1.78 million, a year-on-year increase on the same quarter in 2018.

“This was the twelfth consecutive quarter of revenue growth since the firm’s listing on the ASX [Australian Stock Exchange]” the company said. Net loss after tax was about A$5.29 million.

As previously reported in FreightWaves, GetSwift has had a controversial history. In its most recent earnings update, the company said that it has continued to defend the Webb class action against it. The company said it is also continuing to defend proceedings brought against it by the domestic corporate regulator, the Australian Securities and Investments Commission. Parties to both sets of lawsuits are now engaging in discovery and are preparing evidence.“The Company irrefutably disputes the allegations made in both the Webb class action and the ASIC proceedings, including any alleged loss, and is and will be vigorously defending the proceedings,” GetSwift said.