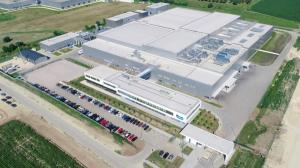 Doosan Solus announced on Nov. 4 that it shared its investment and continuous cooperation plan to expand the production capacity of Doosan Solus’ battery foil plant by 15,000 tons with the Hungarian government on Oct. 30 (local time).

“Doosan Solus’ investment has enabled Hungary to take a step closer to being a leading country in the European electric automobile industry and at the same time, we are grateful for Doosan Solus’ economic contributions including creating new jobs,” minister Szijjártó said.

In the first half of 2020, the Hungarian government actively supported Doosan Solus by simplifying construction and environmental licensing procedures and providing subsidies amounting to 34 billion won when it was building the first stage of a mass production system for its battery plant in Hungary.

Subsidies for the second plant in Hungary are also expected to be approved by the European Commission.

Earlier on Oct. 30, Doosan Solus announced its plan to invest 270 billion won in its battery plant in Hungary and expand the plant’s annual capacity by 1.5 million tons for stock investors.

How to thrive as a digital lawyer

These Sports Cars Were Outdated The Moment They Left The Factory