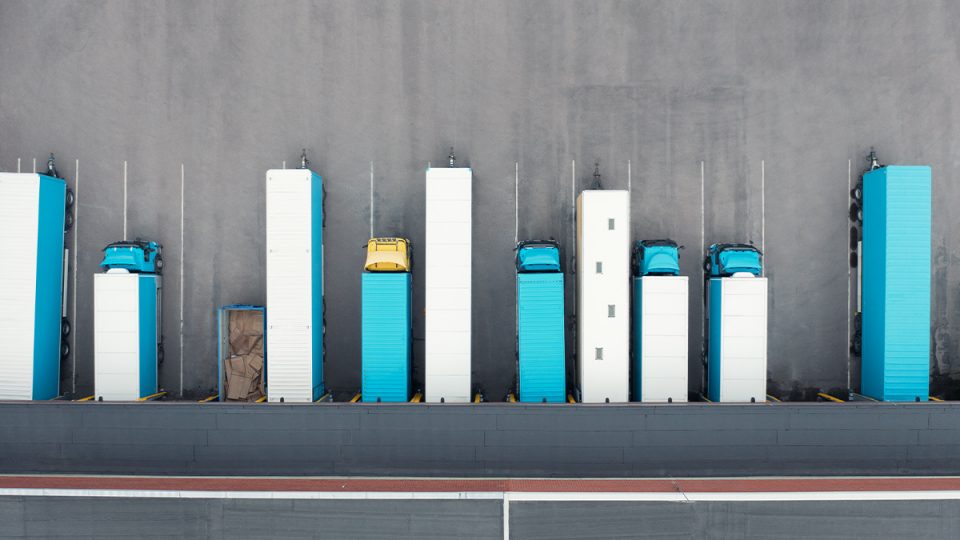 The supply chain disruptions caused by the pandemic, natural disasters, war, and geopolitical tensions have called into question the viability of just-in-time global supply chains. But instead of abandoning them, companies should redesign them. This article offers a method for doing just that.

When Toyota initially created the just-in-time (JIT) approach to inventories, its factories and those of its suppliers were located near each other. Their proximity eliminated “wastes” like transit time and excessive inventory and enhanced collaboration at all levels.

Over the decades, companies extended the JIT concept to global supply chains. Still, the system continued to work, thanks to stable trade conditions and logistics capabilities worldwide, which made the delivery of items highly dependable and predictable. Now, turbulence and uncertainty resulting from the Covid-19 pandemic, climate-related disruptions, geopolitical tensions between the United States and China, and the war between Russia and Ukraine have called into question the wisdom of continuing to operate factories on a just-in-time basis that are dependent on global supply chains.

These disruptions are tempting companies to throw out JIT and revert to “just-in-case” systems that maintain lots of inventory at various locations in the global supply chain to ensure business continuity. That would be a mistake. JIT remains the most efficient production system. Especially with interest rates rising, throwing it out and adding inventory willy-nilly would mean hurting performance without necessarily improving resilience. A better option is to embrace a modified form of JIT — something that companies such as Toyota and Volkswagen are doing. It entails creating stockpiles or manufacturing capacity to protect your operation from supply chain disruptions.

Toyota adopted this approach after the 2011 earthquake in Japan’s Fukushima Prefecture. It identified 500 priority parts, including semiconductor chips, whose lead times were very long and, therefore, vulnerable to disruptions. It then built a business-continuity plan requiring its suppliers to stockpile anywhere from two to six months’ worth of semiconductor chips, depending on the lead time. As a result, in the spring of 2021, Toyota did not experience any shutdown or slowdowns while rivals such as Volkswagen, General Motors, Ford, Honda, and Stellantis suffered. Any amount of buffer inventory, however, is still finite, and due to the prolonged chips shortage, Toyota eventually was affected and had to suspend production in some plants a year later.

Batteries for electric vehicles provide another example. As automakers increasingly switch to electric vehicles, they could rely on some of the world’s largest lithium-ion battery manufacturers like LG Chem, Contemporary Amperex Technology, BYD, and Panasonic to deliver batteries just in time. However, with demand for electric vehicles expected to grow rapidly, manufacturers are not sure they can get supplies from these manufacturers on a regular JIT basis — or indeed at all. Consequently, Volkswagen is building buffers for its JIT plants globally, not by planning stockpiles of inventory of batteries but by building battery factories worldwide to ensure timely and continual supply.

How to Redesign a JIT Network

Companies can revamp their JIT supply chains by identifying their contiguous parts that can be run on a just-in-time basis and then connecting these “JIT supply chain segments” via buffers. These buffers need not just be stockpiles of inventory; they could also be excess or flexible capacity, or even resources such as warehouses or transportation shared with competitors and other companies. Thus, the company’s supply chain becomes a network of linked JIT segments connected by buffers. Creating such a JIT network requires four steps.

1. Map your supply chain. While all companies know who their immediate suppliers are, many don’t know their lower-tier suppliers, and delays or disruptions in the supply chain may come from these unknown suppliers’ suppliers or even further upstream in the supply chain. The remedy is to map your supply chain extensively. Knowing who and where these suppliers are can help a company decide what parts or raw materials are the most vulnerable. Such a move paid off early in the pandemic for the minority of companies that had already done it. They include Toyota, Western Digital, Micron Technology, and IBM.

2. Identify the segments that can be run on a JIT basis. The requisite conditions for a JIT segment include minimum fluctuations in demand, matching manufacturing cycle times across the nodes in the segment, and proximity of these nodes, which makes short transit times and close collaboration possible at various levels of the companies in the segment. Some segments may consist of just a single plant, while others may encompass suppliers across two or more tiers.

3. Create buffers at the points where the segments meet. Again, these buffers can comprise some combination of inventory, spare or backup capacity, redundant suppliers, and even facilities shared with other companies, including competitors. The differences in the production cycles of upstream and immediately downstream segments should determine the size of the buffer, whether it’s inventory or production capacity.

One idea to enhance cost effectiveness is to use a single buffer to service two different JIT segments that face very different risks upstream. If one product line is vulnerable to geopolitical risk and another to natural disasters, both would be better off with a single buffer (rather than two separate ones). This buffer would cushion the downstream JIT segments of these product lines from any disruptions in their respective upstream sources. Such a buffer could be a warehouse with a stockpile of components for either line or a single flexible plant that can make the components.

Another idea is to ensure that different product lines in adjacent JIT segments have as many common parts as possible and create a buffer for these parts, whether of inventory or capacity to produce them.

That said, building a stockpile or a plant may not always be practical or even necessary. A third-party purchasing organization like Li and Fung , with many suppliers in different countries, can also ensure regular deliveries of items.

One of the pillars of JIT is the use of kanban, a system that conveys information between processes and automatically orders parts as they are used. The original Toyota system used cards. As an item (or a box of items) was used for production at a workstation, the card accompanying it would be returned to the preceding workstation to signal demand for another item. Digital technologies have replaced the cards and have made it possible to centralize information on the flow of all items across all workstations, allowing for controls and quicker reaction to any problems or shortages.

Digital technologies — including AI, analytics, blockchain, and internet of things — can also be used to design and operate the kind of revamped JIT network we’ve described. Analytics, for example, can help members of the supply chain identify common parts across product lines and design optimal buffers. Digital twins — digital models of the supply chain — can alert downstream plants about any upstream disruptions faster so they can avail themselves of the buffers more quickly. Blockchain can be employed to help supply chain partners securely share information, and IoT technology such as sensors and RFID tags or electronic product codes can help members of the network obtain an accurate, real-time understanding of inventories. Additive manufacturing (3D printing) can provide highly flexible manufacturing capacity. (Mercedes-Benz Trucks and Daimler Buses use 3D printers to manufacture plastic spare parts for their trucks and buses on demand.)

The response to the problems plaguing global supply chains is not to jettison the just-in-time approach to inv entory and production. It is to change the system so it can better handle uncertainties. The JIT network model we have described can help companies do that.