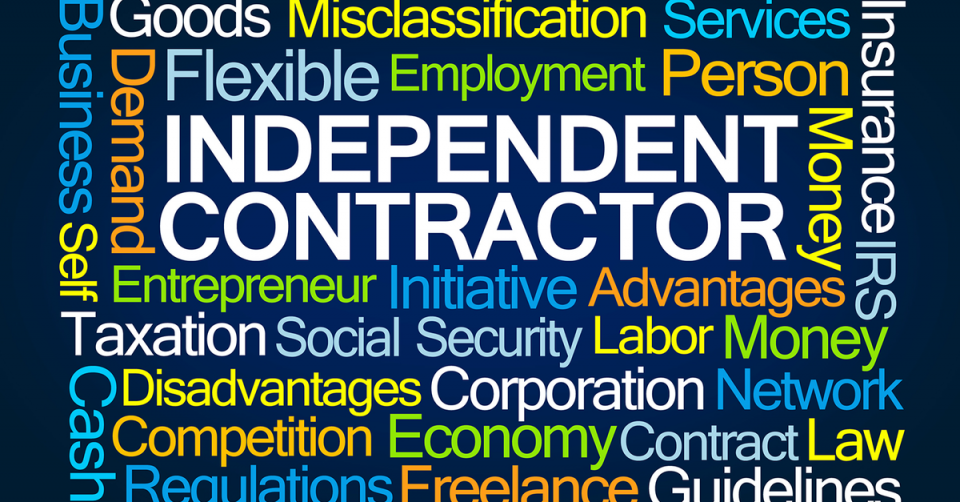 If adopted, the rule would establish a new, simpler framework for employers to assess whether workers may be classified as independent contractors, who then would not be subject to the minimum wage, overtime and other requirements of the FLSA, as opposed to workers defined as employees who are covered by that law.

The federal rule would affect only those state laws that are less strict, not those that are stricter in regard to wage laws, such as Colorado’s. Also unaffected would be states like California with its controversial AB 5 law and states with similarly strict “ABC” tests, including New Jersey, Connecticut and Massachusetts.

“The FLSA only defines employee as any individual employed by an employer and does not define independent contractor,” note attorneys Christopher Durham and Jennifer Long of the Duane Morris law firm. However, over the years, DOL has issued opinion letters and other guidance addressing differing interpretations of the independent contractor analysis.

“As a result of the different analyses published and applied by DOL and courts, employers have faced significant uncertainty and confusion in assessing whether a worker should be classified as an employee or whether the worker legally may be considered an independent contractor not subject to the minimum wage, overtime and other legal requirements for employees,” the attorneys say.

The proposed rule would establish an “economic realities” test similar to tests adopted by various courts that have decided worker classification issues. Such tests generally consider whether a person performing services for a potential employer as an independent contractor truly operates their own independent business that is determined not being economically dependent on the employer.

Secretary of Labor Eugene Scalia commented that unlike California’s new law, “our rule doesn’t propose radical changes in who’s classified as an employee or independent contractor. Instead, our rule aims to simplify, clarify and harmonize principles the federal courts have espoused for decades when determining what workers are ‘employees’ covered by the minimum wage and overtime pay requirements of the FLSA.”

DOL Wage & Hour Division Administrator Cheryl Stanton said that if the rule is eventually adopted, it would not break new legal ground but would serve only to sharpen the FLSA economic reality test based on a holistic review of existing DOL guidance and court decisions.

The two most important core factors of DOL’s proposed economic reality test are: first, the nature and degree of the worker’s control over the work performed for the potential employer; and second, the worker’s opportunity for profit or loss based on his or her initiative or investment in the work.

Under the first criteria, DOL says that if a worker lacks control over setting their own schedule, selecting projects or the ability to work for other employers (including competitors), then this core factor will weigh in favor of finding that the worker is an employee, observe Durham and Long.

However, if the worker can set their own schedule and is able to select – and even turn down –projects, this first factor likely will weigh in favor of independent contractor status. “This first core factor is one shift from the focus of previous analytical frameworks applied by DOL and courts, which typically focused more on the potential employer’s control over the worker,” the lawyers say.

Under the second core factor, if a worker is unable to affect his or her own income or is only able to do so by working more hours for the potential employer, then the factor will weigh in favor of finding that the worker is an employee. On the other hand, if the worker has the opportunity to generate profits and losses due to their own initiative or management of expenditures on things such as helpers, equipment and materials, then the second core factor will point toward independent contractor status.

Three secondary factors identified by DOL to serve as additional guides for employer if the first two core factors fail to reach the same conclusion regarding the worker’s status. “Their combined weight is substantially likely to outweigh the combined weight of the remaining three factors that may point towards the opposite classification,” state Durham and Long

The secondary factors are:

● The amount of specialized training or skill required for the work that the potential employer does not provide.

● Whether the work performed is “part of an integrated unit of production.”

If the work performed requires no special skills or if the worker relies on the potential employer for training or skill development, then the assessment of the worker’s skill level will weigh in favor of finding that the worker is an employee, Durham and Long stress.

“If the worker’s relationship with the company is indefinite or continuous in duration, the second additional factor will weigh in favor of employee status,” they add. “Finally, if the work being performed is the same as that performed by the company’s employees or otherwise cannot be separated from its regular processes, then the final factor weighs in favor of an employee finding.”.

Attorneys Tammy D. McCutchen and Dane Steffenson of the law firm of Littler Mendelson believe the final “integrated unit” factor may be the most significant proposed change. It is a restatement of the traditional “integral” factor, which judges the extent to which the work is considered integral, central or important to the potential employer’s business.

DOL notes that focusing on whether an individual’s work is important to a potential employer “has questionable probative value regarding the issue of economic dependence, and may even be counterproductive in some cases,” especially given the “increasing difficulty of defining important or core functions” of a company. Thus, the DOL proposes to change “integral” to “integrated,” McCutchen and Steffenson explain.

If the rules are adopted pretty much as proposed, it is not yet clear how much impact they will have beyond DOL decision making and policy development when it comes to other kinds of policymaking and court judgments.

The Littler Mendelson attorneys point out that Scalia wrote about wanting to use the new rule to “clear away the cobwebs and inconsistencies” created by past interpretations. He also expressed hope that the proposed standards “will help states and policy-makers consider worker classification outside the FLSA context.”

Bonus for bedding factory workers as jobs are saved

The Downturn Is Hitting Columbus McKinnon Hard, But The Company Is Holding Up Well (NASDAQ:CMCO)