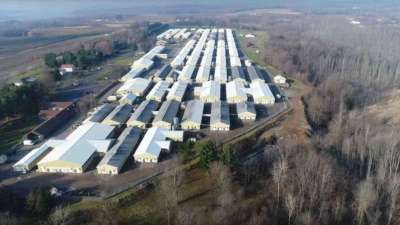 Trapped inside a laboratory, Echo’s future looked grim. For six years, this lovable beagle suffered isolation, neglect and painful procedures. A product tested on Echo’s eyes left her blind. Then, a miraculous twist of fate changed Echo’s life forever. Beagle Freedom Project, a nonprofit that rescues and rehomes animals used in experimental research, saved Echo and found her a family. At her new home, Echo stepped out into the sunlight and pawed the unfamiliar texture of grass for the first time.

Echo is one of few survivors of the animal experimentation industry. Approximately 65,000 dogs are used in animal testing each year in the United States. This secretive industry breeds dogs, cats, rabbits and other animals into existence only to suffer agonizing experimentation. The animals may endure unnecessary surgeries, pesticide exposure or force feedings of harmful chemicals. Most of the dogs spend their lives alone in steel cages, only taken out for procedures or transportation.

The animal experimentation industry has recently attracted a deluge of public criticism. A 2020 investigation by the animal advocacy nonprofit Rise for Animals exposes a key industry facility named Marshall BioResources. Located in New York State, Marshall BioResources is one of the largest breeders of dogs for experimentation in the United States. From the street view, the facilities are obscured by tall pines, but a bird’s-eye view reveals expansive windowless warehouses indistinguishable from the factory farms that house animals used for food and fur production.

Stay in the loop

Never miss the news and analysis you care about.

Trapped inside of Marshall BioResources are roughly 23,000 dogs, as well as cats, ferrets and other animals. Since 2007, the U.S. Department of Agriculture has cited Marshall BioResources for more than 20 violations of the federal Animal Welfare Act, including inadequate veterinary care and poor living conditions, revealing a pattern of abuse and neglect. After spending their early lives at Marshall BioResources, the dogs will be shipped to laboratories across the country.

The dog testing industry spans the globe. While Marshall BioResources is a primary source of dog breeding for experimentation, businesses generate the demand. As of 2017, every U.S. state with available data was home to facilities that experiment on dogs, ranging from four sites in South Dakota to 7,890 in Massachusetts. Many animal lovers support the dog experimentation industry without even realizing it.

Promising alternatives to animal experimentation are advancing rapidly. One option is bioprinting, which can produce lab-grown tissue, including bones, hearts and skin, using 3D printing technology. Paired with the conditions to foster regenerative cell growth, bioprinted tissue can behave similarly to human organs. Bioprinting and other innovative engineering solutions can reduce or eliminate testing on live animals and lower the costs of the resource-intensive animal experimentation process. This technology may also circumvent the limitations often associated with testing products intended for humans on nonhuman animals.

As of 2017, every U.S. state with available data was home to facilities that experiment on dogs, ranging from four sites in South Dakota to 7,890 in Massachusetts.

Legislative action is also creating change for animals used for experiments. In 2014, Minnesota became the first state in the nation to adopt the Beagle Freedom Bill, requiring laboratories to offer healthy dogs and cats for adoption after testing, instead of killing them. Ten other states have enacted the Beagle Freedom Bill since then. In 2020, California became the first state in the nation to put into effect a bill to ban the sale of cosmetics tested on animals. All states should consider ethical legislative actions to mitigate the extensive suffering caused by animal experimentation.

When Echo the beagle was first rescued, she was too afraid to even step out of her carrying kennel. During the weeks that followed, Echo’s caretakers watched her incredible transformation. Echo had experienced the unthinkable, but in a short time, she learned to trust, play and love. Every state in the nation is home to the kind of cruelty that Echo suffered, and every state has the opportunity to leverage consumer choice, technology and legislative action to end animal experimentation. Animals like Echo are counting on us.

Copyright © Truthout. May not be reprinted without permission.

How to complete a Cargo Run voyage in Sea of Thieves