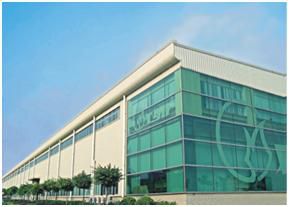 Special to the Beacon Herald

In 2017, an Ontario delegation met with the Chinese Company Xinyi (pronounced “sheen yee”) and signed an “investment framework agreement.” Since that time, the company has proposed building a float glass factory in Guelph Eramosa, Amherstburg, London and finally now Stratford. Guelph Eramosa formally rejected the proposal, refusing the rezoning request, worried about the amount of water needed from the township’s limited supply.

There are a lot of worrying aspects about this proposal, but it would appear the Ford government has decided for us that this Chinese company should be permitted to build this factory here. In July, his minister issued a zoning order, changing the zoning for the land from farming to specifically a glass factory. No other uses permitted. Now, Stratford council is scrambling to decide on what it can, apparently only a cost-sharing arrangement for servicing the site.

Float glass is a way to produce large sheets of glass for windows, windshields, etc., using a process by which molten glass floats on a flat layer of molten tin. The glass and the tin have to be at 1500 C, which means a very hot furnace. The intent is to fire the furnace using natural gas.

Xinyi is a company founded in Shenzhen, China, in 1979. They claim to be a Hong Kong-based company, but the Hong Kong listing is for a shell company based in the Cayman Islands. They were penalized in 2002 for dumping product into the U.S. (Canada did not penalize them). India is also concerned about dumping from Xinyi’s Malaysian plant.

The draft environmental reports being studied by Stratford council do not include an air quality report, except one that merely states it will meet all standards. However, the furnace burns fossil fuels at high heat, so out the smokestack are very large quantities of sulphur oxides, nitrogen oxides and carbon dioxide, as well as particulate matter. The previous Ontario government famously and expensively cancelled gas-generated power plants due to local concerns about particulate emissions. The U.S. Environmental Protection Agency requires glass manufacturers to report these by-products annually. The World Bank has a special statement on the emissions of glass manufacturers. But the Xinyi report seems to suggest that, as long as we have a big enough smokestack, we don’t have to worry about emissions.

The plant will consume significant quantities of water — about one-third as much as the entire town of Stratford consumes. Can our aquifers stand this for long periods?

Being a Chinese company means they bring with them expectations and policies for their workforce in Canada based on how they operate in China. Xinyi houses its workforce on site in China. They plan a similar operation here. The plans include a dormitory of 48,300-square-foot “apartments” with kitchens and bathrooms for up to 96 workers. It is labelled as an “emergency preparedness site,” but no one can imagine an emergency requiring 96 workers. It is clear to this observer that Xinyi intends to continue its practice of housing its workers on site. It was one of the requests made of Guelph Eramosa council. That is not how we in Canada normally run heavy industry. Workers in auto plants, etc., rent or buy housing in the local community and travel to work each day. However, Xinyi has indicated it will be bringing in a workforce of “temporary” Chinese labour. You may recall the debacle when a Chinese coal mine in B.C. hired only Chinese temporary foreign workers, claiming there were no qualified Canadian miners, and posting fluency in Mandarin as a job requirement. This observer will be very surprised if the touted Canadian jobs actually happen in the numbers claimed.

There is a meeting hosted on a video conference Nov. 14, by Xinyi, and another by Stratford council on Nov. 16. Our council would do well to hit pause on this until such time as questions about labour, air quality, and water consumption can be adequately addressed.

Mike Sullivan is a retired union representative and former member of Parliament, now living in Stratford. He recently obtained a masters in environmental studies from York University.

One Doctor Calls The Public Restroom A ‘Bio Weapons Factory.’ You’re In Good Company If You Are Afraid: LAist