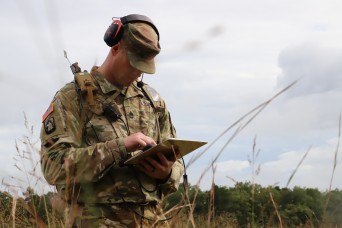 WASHINGTON — The effects of the COVID-19 pandemic on the domestic and foreign supply chains has led the Defense Department to focus more intensely on identifying critical infrastructure and vulnerabilities and to take measures to protect those assets, said the executive director for international cooperation, Office of the Undersecretary of Defense for Acquisition and Sustainment.Gregory Kausner spoke today at the ComDef 2020 forum, a virtual conference providing insights and perspectives on issues facing the international defense communities.Regarding the programmatic impacts of COVID-19 across the department, Kausner said: &#34;To be very blunt, we&#39;re still assessing those impacts. We&#39;re doing so with a scalpel, trying to understand what the short-term, medium- and long-term consequences are and then appropriately reorienting the department&#39;s efforts through a broad range of responses.&#34;Since Kausner&#39;s area of focus is international suppliers, he mentioned some steps his office is taking.After identifying weaknesses in the foreign supply chain, the department has been in diplomatic consultation at the highest levels of government to ensure allies and partners understand the impacts of foreign supply chain disruption to the U.S. warfighter, he said.In turn, the department has balanced its concerns with an understanding of the dynamics of the pandemic, and its resurgence at times, which affects nations in different ways, he said, adding that not every country is equally prepared to deal with those effects.Besides working through nation-to-nation diplomacy, Kausner said the department has often worked with officials at the state and provincial levels, where authority from the central government is often delegated. Also, engagement at the company level has been fruitful.Besides working with allies and partners, Kausner said the department has identified weaknesses in the foreign supply chain and has looked for ways to shift work to less vulnerable foreign suppliers and in some instances to re-shore, meaning to bring the manufacture of critical parts and technologies to the U.S.Kausner listed areas of critical components and technologies that the department is focused on protecting: microelectronics; rare earth metals; hypersonics; fully networked command, control and communications; directed energy; cyber; space; quantum science; artificial intelligence; machine learning; autonomy; biotechnology; and, a 5G network.Alliances and partnerships are stronger when everyone cooperates and supports each other, he emphasized, noting that foreign companies are working on key technologies and research that can benefit everyone&#39;s national security.Whether acquiring innovative technologies from the department&#39;s own labs, U.S. industry or foreign companies, &#34;the key to innovation is not just the innovation itself, but also the adaptation to the innovation and the integration of the innovation, because, without that, it&#39;s simply a shiny object,&#34; he said.Related LinksArmy.mil: Worldwide NewsArmy.mil: U.S. Army Guidance on CoronavirusDefense.gov

Video: Fire erupts at a UAQ factory on Thursday – News

Northern Sea Route a key Russian advantage in the Arctic

Africa: The U.S Government Makes its Big Push for Investment in Africa