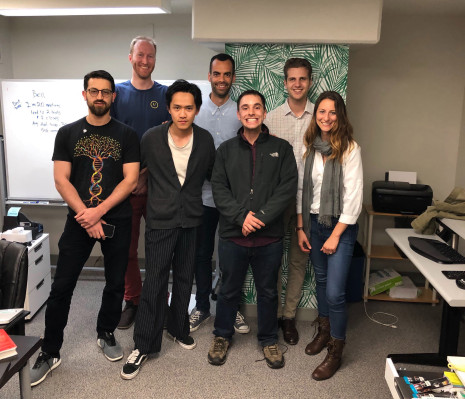 The deal is an interesting one for numerous reasons, including that it marks Felicis’s first investment in the cannabis space after many months spent looking at a wide array of related startups, says Niki Pezeshki, a principal with the firm. Indeed, though interest in cannabis-related products and services is growing among traditional venture firms as a growing number of states move to legalize and regulate marijuana, there’s lingering concern about what will happen and when at the federal level.

Distru is also entering into a space that tech investors can grok: it’s a software as a service company, one that just happens to give cannabis operators insight into their inventory and order management, their customer relationship management, and their logistics. Most important, Distru’s software helps them automate compliance with complicated and growing state regulations by integrating with Metrc, which is itself inventory tracing software that’s being used by a growing number of states to record the inventory and movement of cannabis and cannabis products through the commercial supply chain. (We wrote about six-year-old Metrc last year when it raised $50 million in funding, including from Casa Verde Capital and Tiger Global Management.)

Not last, Distru’s team, headed by founder and CEO Blaine Hatab, comes from the tech world, even while most are in the formative stages of their careers. Hatab has spent much of his post-collegiate career as a software developer, as has his cofounder, Blake Gentry, who joined forced with Hatab after leaving a developer role with the startup Opendoor to create his own company, Actualyze, which merged with Distru last fall. A third cofounder, Johnny Ji, who further serves as Distru’s chief technical officer, was most recently a JavaScript instructor. Altogether, says Hatab, the team is made up of just nine employees who work remotely, though with its new funding, Distru plans to fill five more roles imminently.

In the meantime, it seems to pick picking up momentum despite its scale. Among its customers are major cannabis producers and distributors Humboldt Farms and CannaCraft. More, though it has competitors, including nine-year-old, Denver-based, venture-backed MJ Freeway, Hatab says it’s growing steadily based solely on word of mouth. Perhaps most compelling to Felicis and its other backers, the company has been operating in the black for some time. Says Hatab, “I think [our investors] were surprised by how profitable we were.”

And it has a lot of room to grow, no pun intended. Distru operates in California alone today, but Hatab says it plans to follow Metrc into the other markets where it operates today, including Colorado, Oregon, Alaska, Maryland, Michigan, Ohio, Massachusetts, Montana, Nevada and Louisiana.

A rail strike would have put another kink in an out-of-balance supply chain : NPR