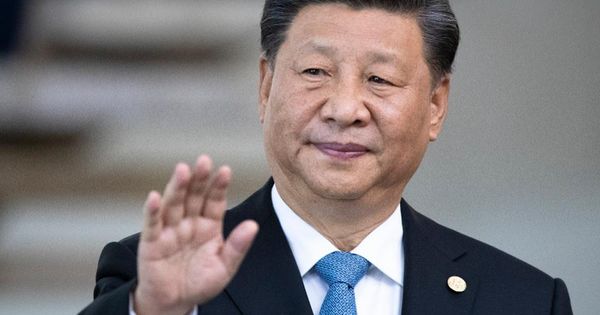 It looks like The New York Times fired a bazooka at the Chinese government on Saturday with their Xinjiang Papers report. Whether China reports any casualties remains to be seen.

How China responds to these 400 pages of Chinese Communist Party (CCP) documents regarding the lockup of Uighur Muslims in Xinjiang Province in Western China will give markets a sense as to whether or not this Phase 1 mini-deal just got a bucket of cold water thrown over it.

Following last week’s death of an anti-China activist in Hong Kong, the Senate is looking to pass the presidential veto-proof Hong Kong Human Rights and Democracy Act. Now the Times publishes their “Xinjiang Papers,” highlighting comments from provincial leaders and president Xi Jinping on how to fight Muslim militants in Western China and lock up others in the community, as well.

Surely Xi will see this as a smear, designed to embarrass his government.

The Times article comes just days after American foreign policy emeritus Henry Kissinger said that unless Washington and Beijing get their acts together, the outcome of the trade war would be “catastrophic.” Whether that means a resulting hot war, or a hyper-competitive rivalry that disrupts both Western capitalism and Chinese communism, Kissinger did not say.

Make no mistake about it, if President Trump loses to a Democrat, the trade war does not end. It takes on a human rights angle that leads to sanctions of Chinese individuals, some of its banks (if found funding things the U.S. doesn’t like—see Russian sanctions on Sberbank and VTB) and increased restrictions on corporations (see Hikvision in China, others).

Such an angle may even upend Hong Kong’s special status with the United States, which would be a disaster for the world’s fourth-largest financial capital.

Xi would see this as economic warfare.

The Times revealed hundreds of pages in Chinese script that outline official policy towards the Muslim community in Xinjiang, a policy that stemmed from terrorist attacks in 2014.

Beijing has not denied the existence of detention facilities there but has called them “reeducation camps,” officially designed to get Muslims in line with mainstream Chinese society and against jihad.

For China, Beijing believes the United States uses human rights matters as an excuse to punish foreign governments for doing things that itself has done. The Times article makes it harder for China to have any support in Congress, even among free-trade Republicans. It makes it absolutely impossible for any Democratic presidential candidate sitting in the top 10 not to see the Muslim minorities as victims of Chinese oppression.

Corporate America, embarrassed recently by the NBA pro-Hong Kong fiasco, might get quiet if the Times article gains any political traction over the weekend and into the week. It might not.

Like much of Wall Street, American multinationals have been China’s biggest support group in the trade war.

“The party has rejected international criticism of the camps and described them as job-training centers that use mild methods to fight Islamic extremism. But the documents confirm the coercive nature of the crackdown in the words and orders of the very officials who conceived and orchestrated it.”

One of the key disclosures in the documents, as outlined by the Times, was Xi Jinping’s orders for the crackdown in Xinjiang that began in April 2014 after terrorists there went on a stabbing spree, attacking an estimated 150 people at a train station. Some 31 people died in that incident.

According to the Times, Xi called for an all-out “struggle against terrorism, infiltration and separatism” using the “organs of dictatorship,” and showing “absolutely no mercy.”

President Trump and the State Department will unlikely have qualms with a country showing “no mercy” for terrorists. The problem is how China treats the rest of that community, who are not terrorists. This is what will be highlighted from the report and could freeze-dry U.S. China trade talks.

The Xinjiang Papers consist of 24 documents and roughly 200 pages of internal speeches by Xi and others, plus over 150 pages of directives and reports on the surveillance and control of the Uighur population in Xinjiang following the terrorist attacks. There are also references to plans to extend restrictions on Islam to other parts of China.

The documents show there was more resistance to the crackdown inside the party than previously known. This could have led to these documents being shared with the paper. None of them appeared to have been of any top secret nature.

At first blush, it seems Xi can say that his government is just fighting terrorism, comparing it to the U.S.’s own fight, and detention, of people who belonged to Middle East militant groups or considered persons of interest. Xi might even bring up the U.S. detention center in Guantanamo Bay, for example, if he really wants to poke Washington in the eye and divide the global community.

For sure, many countries will avoid vocally picking a side on this issue, including allies like Brazil, Germany and France.

After watching Uighur Muslims stream into Turkey, the government of Recep Erdogan finally—and delicately—broke ranks and reportedly called the detention centers a “great shame for humanity” earlier this year.

“U.S.-China relations face a very bumpy path ahead on multiple fronts, regardless of whether an interim trade deal can be reached on not,” says Patrick Chovanec, chief strategist at the $23 billion Silvercrest Asset Management in New York. “Xinjiang and Hong Kong are only a few of the issues where the U.S. and China appear on a collision course.”

The Times story only adds to the geopolitical risk of investing in China.

It is also not very conducive to signing a trade deal of any significance any time soon.

“A few bucks in soybean sales hardly seems worth making a deal with a Chinese government that keeps showing the world why we shouldn’t be dealing with them,” says Brian McCarthy, chief strategist with Macrolens, a top down investment research firm in Stamford, Connecticut. McCarthy was mainly referring to Hong Kong.

For Wall Street, the best hope is that Trump doesn’t raise tariffs on December 15 as originally planned, even if Phase 1looks unlikely by then. That will only be a Christmas present, charged on credit, with the bill coming due at some point down the road unless Phase 1 gets signed.