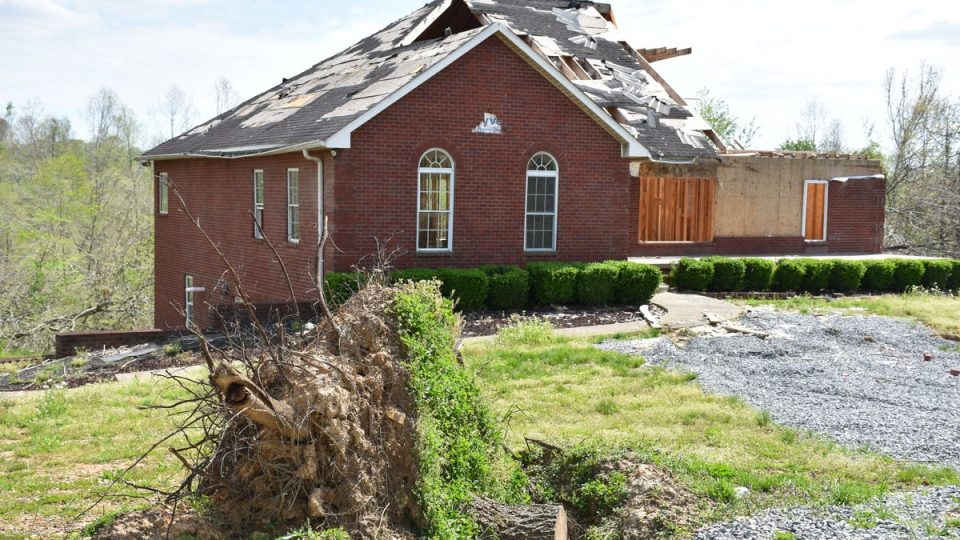 Debris once littered Murrell Road in Dickson County. Now, the area is largely a blank slate where the tornado tore through nearly five months ago – except for the many downed, splintered trees.

Removing remnants of the EF-2 tornado are among the biggest issues residents on Murrell Road still face. Compounding those problems are the nationwide material costs and delays.

“It’s taking forever to get anything done,” said Kimberley Watson, who ran to her bathroom just before the Dec. 11 tornado destroyed her and husband Steve’s home around them.

“All of us, I think, are trying to rebuild on our same property,” said Watson, referring to their neighbors.

She said they estimate about a year before their new home is complete.

“We are stuck in limbo until (materials) get here,” Watson said.

The cleanup for much of the Murrell Road area, located just outside the Dickson city limits, has been accomplished by residents’ family members.

A community cleanup was organized by Mike and Peggy Artis months ago, which helped the couple who were out of town the weekend of the tornadoes.

In a video posted online by Cross Point, the couple talked about how their weekend trip likely saved their lives and possibly family members, too.

“I mean, I just keep thinking about the fact that our house was never empty, and this is the one week that it was empty,” Mike Artis told the interviewer.

Peggy said she would have likely been in the house with multiple grandchildren. Their home was almost completely leveled.

They, too, are in the process of planning out their home rebuild. Mike and Peggy had neared the end of a home remodel, which they largely done themselves. The next step was to have an appraiser come out soon. But the tornado, which was one of three in Dickson County, ripped through their residence.

“All the money that we put in, just put into that hole. We’ve lost that,” Peggy told the interviewer.

Watson, who works for a Dickson homebuilder, said normally a home would take about six months to construct. Now, the time and expense is more than double.

“The house is costing us, probably, three times what it should cost to build. The cost of everything is so outrageous right now.,” Watson said.

Laughing, Watson said their current residence also has its challenges.

“Now, we are back living with my mom. It’s hard to go back home,” Watson said.

Her family has made the recovery process possible.

“If it was not for my family helping me, we would be nowhere,” Watson said.

She said The Help Center has visited the area and helped multiple times. But getting other help – even paying someone for clean up – has been challenging. Further down Murrell Road a logging company has been removing storm-damaged trees, she said. But they told Watson her land “too small” to remove the trees. Another company has also likely fallen through.

She said the process is often “depressing. But Watson said, “I thank God every day we are still here.”

Online fundraisers have been set up for both families as the recovery continues, both with their home and mentally.

Watson said their new basement will be built as a storm shelter.

“There is just no way now that we would not have (storm protection),” Watson said.

“These storms and winds&mldr;we keep having, it’s about to drive us crazy. If the winds get up, we are in turmoil,” Watson added. “You are almost reliving it every time.”

Photo gallery: See the damage after severe storms swept across Nashville and Tennessee

Where Does Euroseas Ltd. (ESEA) Stock Fall in the Marine Shipping Field?