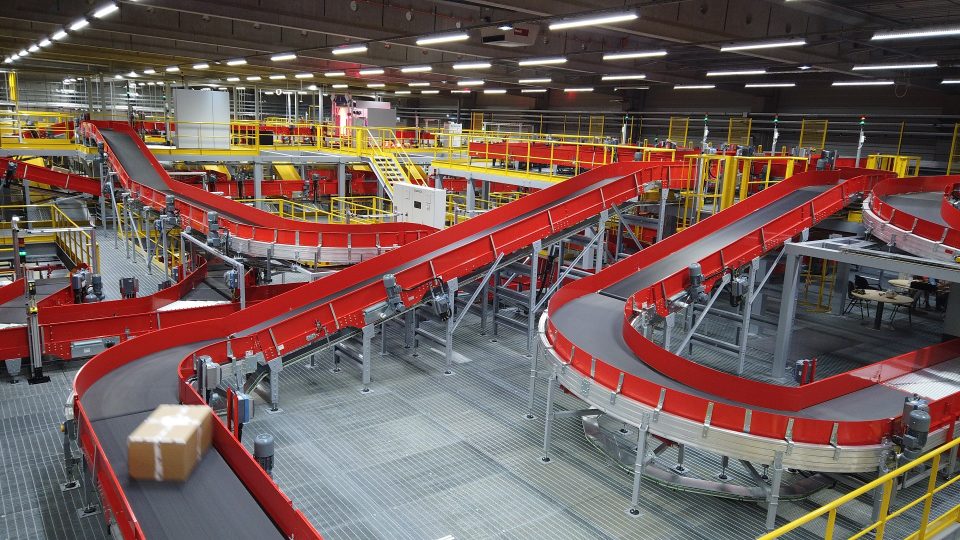 DHL Express has opened a new logistics center in western Germany that will help meet the rising demand across Europe for express e-commerce shipments.

In the hub’s sorting center, the
embrace of new technologies including 3D scanners and vacuum lifters enables
DHL Express to process up to 20,000 shipments per hour on its 2.5 kilometer
conveyor belt.

The Cologne hub also uses an innovative ice-energy-storage system to heat and cool the 12,000 m² warehouse and offices (3,000 m²). The system uses 1.3 million liters of storage capacity and 18 kilometers of piping to ensure the hub stays cool in the summer and warm in the winter.

Combined with a heat pump and solar panels on the roof, the new facility is entirely emissions-free, according to DHL.

“The €123 million investment in
our new hub clearly shows our commitment to the Cologne-Bonn region and ensures
the future of a lot of jobs here,” said Detlef Schmitz, Managing Director of
the DHL Express hub.

“With the new direct route
between Hong Kong and Cologne, 28 daily flight movements, and our use of
state-of-the-art technologies, we are proud to be contributing – sustainably –
to the worldwide growth of DHL Express,” said Schmitz.

The Cologne hub opening continues DHL’s aggressive expansion in Europe. As reported in FreightWaves yesterday (18 November), the Deutsche Post DHL Group (STOCK.DPSGY) has also now opened a new mega-sized parcel center in Germany as it continues to strengthen its network.

When it reaches full capacity next year, the Ruhr region facility will create some 600 jobs and offer sorting capacity of up to 50,000 shipments per hour.

“The Bochum parcel center, along with the Obertshausen parcel
center near Frankfurt am Main, which opened in 2016, is the largest DHL parcel
center in Germany and also one of the most efficient parcel centers in all of
Europe,” said a DHL statement.

John Pearson, CEO of DHL Express, said the technologies deployed at the new hubs were indicative of the innovation that would be central to the company’s new ‘Strategy 2025.’

“We can only grow by ensuring top
quality, which is why we invest more than a billion euros each year in employee
training, infrastructure and digitalization,” he added.

“The main goal here is to increase our transport and delivery capacity for time-sensitive TDI (Time Definite International) shipments to meet the forever-growing customer demand in the area of e-commerce,” he said. “At the same time, we’re continuously improving on process efficiency.”

DHL Express now operates 23 hubs
across its express network, which also includes over 260 dedicated aircraft, 17
partner airlines, and a capacity for over 3,000 flights daily to over 500
airports.

“By modernizing our air fleet, we can increase the number of our intercontinental connections and do this with reduced carbon emissions and less fuel consumption,” said Cobb. “Next year we will deploy another six brand-new planes from our Boeing order.”