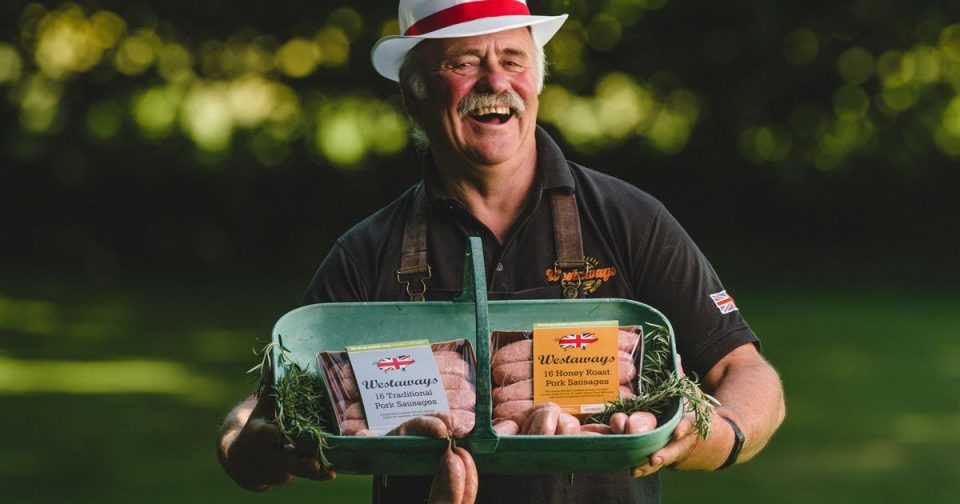 Devon sausage maker Westaways is rolling ahead with major plans to start manufacturing at a state-of-the-art mega factory in Hong Hong.

Charles Baughan, managing director of the Kingsteignton based firm, which sells to major supermarkets and globally in places including Barbados and Malta, has held ambitions to supply the Far East for 15 years.

You can sign up to receive daily morning news bulletins from the region and we’ll send out breaking news alerts for any stories we think you can’t miss.

Visit our email preference centre to sign up to all the latest news from BusinessLive.

The emerging middle classes in China are leading a 25% increase in meat eating across the population and Charles believes that the classic British banger will go down a storm.

Westaways has been building relationships in Hong Kong since 2005 but the Chinese market has been hard to break into for processed pig products.

But by manufacturing directly in Hong Kong, rather than importing the products, is a way round the problem, Charles said.

He explained: “I have built long-standing relationships in Hong Kong since 2005 and now we have a factory built in a skyscraper where each floor is the size of as football pitch.

“By employing Chinese people in Hong Kong, we can get Westaways as a brand into China which we would not have been able to do otherwise.

“We have seen an issue and developed a workaround.”

The plan is to start manufacturing Westaways Sausages under license at the skyscraper factory Meat Lab Hong Kong.

Taking up one floor for manufacture with space for 300 lorries on the floor above and a cold storage facility – it means Westaways sausages will be made in the heart of the Pearl Harbour Delta ‘Megacity’ – an area the size of Devon with a population of 125million people and where 5% of all the world’s products are made.

Charles said: “We will be putting our brand in front of people who are increasingly affluent and discerning and we are taking something that originated in Newton Abbot onto a global scale.”

Exports currently account for around 10% of Westaways sausages and arround 30miles worth of bangers are currently made every week in Newton Abbot.

“I estimate that the number of sausages made in Hong Kong will be ten times that – but we’ve get to get production going first.

Charles said he has welcomed the certainty of the Brexit trade deal. There has been some concern about the EU no longer accepting fresh sausage products under the new agreement but Charles said that most are transported frozen anyway.

He said: “In reality very few chilled UK sausages are sold to the EU, we supply frozen, to be sold frozen, or sold defrosted and chilled.”

“The EU isn’t a huge export market for us. We don’t sell to Spain but we do sell in Malta, France, Algarve, Lisbon, places where British holiday makers like to have a Great British fry up.

And domestically, repeated lockdowns and restrictions on hospitality has seen wholesale sales drop by 60% this year but with a retail uplift of 38%.

“We have seen a different profile of customer, overall our net sales are down by 10% but we have adapted, reduced our expenses and we have most importantly, continued to innovate, you’ve got to keep moving forward as a business.”

He said that Westaways has seen its sales increase to a number of countries since it ditched PVC packaging. In 2020, it was awarded the Innovation of the Year award at the UK Packaging Awards 2020 for its certified compostable packaging – a UK first.

In June 2020, it started using a cling-film style product made of PBAT (Polybutyrate Adipate Terephthalate) that is fully compostable and leaves no micro-plastics.

Charles said: “We know that not all waste ends up where it needs to be, so we’re happy that wherever ours ends up, it will fully degrade, leaving behind no harmful residues.”

“We believe that this year, consumers have become more conscious of what they are buying and they want a product that aligns with their values.

“People are concerned about single-use plastic and they want to make the right choice. What we need is a lot of people making some changes not a small number of people doing it perfectly.”

Be part of the story – how easy has it been to innovate and try new things in your business during the past year? Tell us in the comments section below

Suzuki will build another car factory in South East Asia

The Logistics Sector Is Digitalizing With Technology Startups