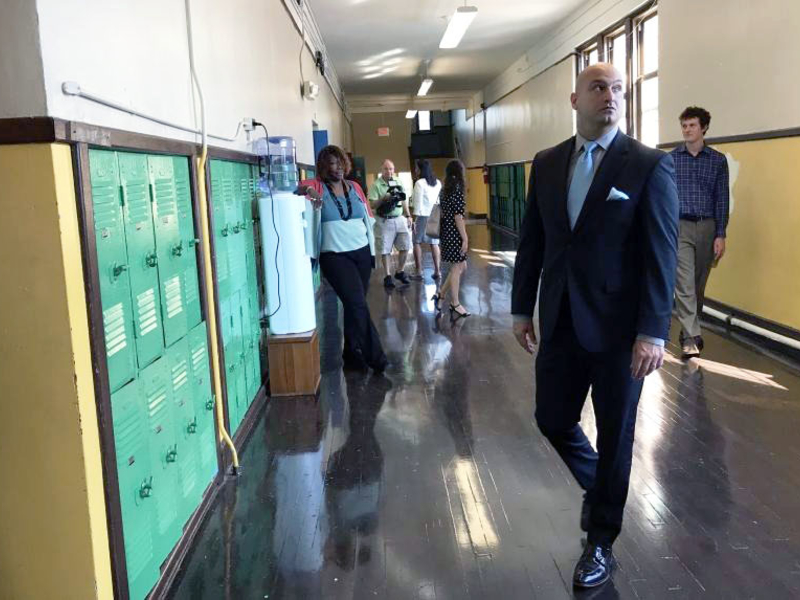 Its annual financial audit for fiscal year 2019, presented in a finance sub-committee meeting Friday, showed a $6 million budget surplus for the district. But it also found two significant deficiencies related to internal control over financial reporting and a district bank account, according to the presentation.

“We have … functioned with a sense of urgency to maximize resources to support our employees and students through opening new schools, increasing salaries, reducing contracted services for full time employees, increased professional development, and school programming,” DPSCD Superintendent Nikolai Vitti said in a news release. “We are now positioned to exit active Financial Review Commission oversight and regain financial autonomy from the state.”

Under the Michigan Department of Treasury, the Financial Review Commission was established in 2014 to oversee finances for the city of Detroit following its historic bankruptcy. The commission began its oversight of DPSCD in June 2016 as an extension of state control that’s been in place over the district for most of the last two decades.

Auditors found that account reconciliations were not prepared prior to the audit, which accounted for one deficiency. In the other instance, the district was found to have a bank account for which “individuals at the School District can unilaterally initiate and approve transactions,” but no irregular activity was flagged.

As corrective action, the district said it would revise accounting procedures, invest in training for accounting employees and close the nonessential bank account cited.

In 2016, an audit of the district turned up 15 findings, including 10 material weaknesses, the news release said.

“We are meeting the requirements of the Financial Review Commission and will continue to do so,” school board Chair Iris Taylor said in the release. “We continue to demonstrate that local control through an elected and empowered board was the right direction to restore the strength of public education in Detroit.”

Maintaining a balanced budget for three straight years is just one of several requirements to exit Financial Review Commission oversight. The school district must also be eligible to issue municipal bonds and make all payments into the employee retirement system. According to a ChalkBeat Detroit report, Vitti said the district is compliant with those requirements.

While the district’s budget is balanced, years-old debt weighs heavy on DPS, while DPSCD faces $500 million in necessary capital improvements to its aging school buildings.

DPSCD borrowed $91.5 million earlier this year from the state’s School Loan Revolving Fund — its largest loan ever from the fund — because a greatly reduced property tax base in Detroit does not produce enough tax dollars for the school district to pay down debt.