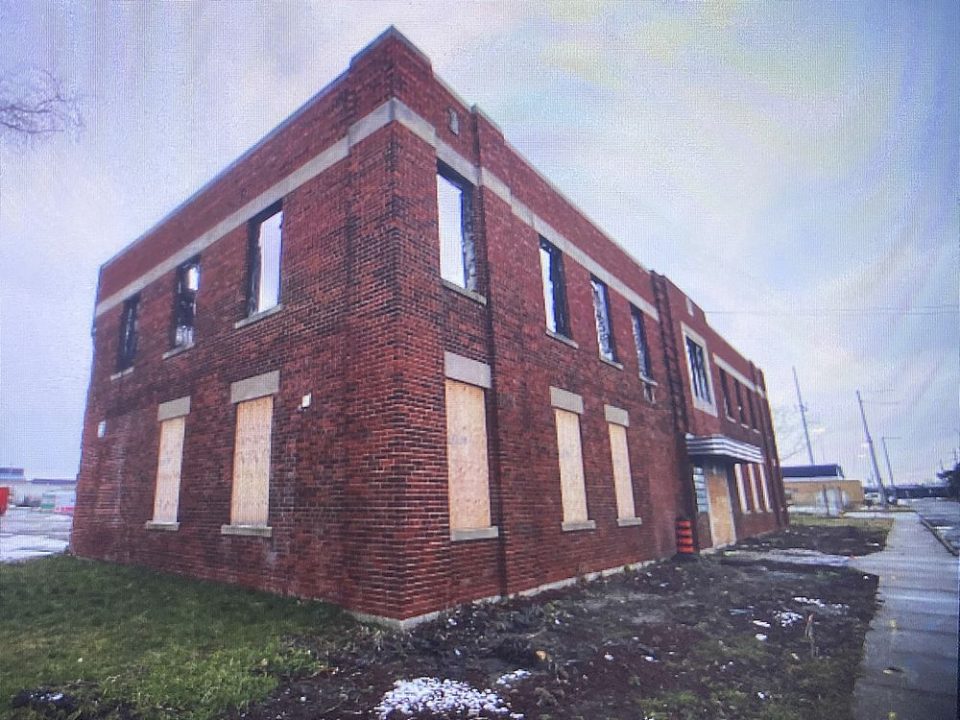 “When you see a derelict site go to something redeveloped, that really has the biggest impact,” said Atkinson, explaining that replacing a brownfield site with a new building spurs neighbouring property owners to do something similar.

He said the Poiriers’ Argyle Road project is “an ideal proposal for reuse of that site.” It still requires zoning changes from city council. But Pierre Poirier said he hopes to put out a call for tenders for the project next month, with the tender awarded and construction starting sometime in March. He expects it to be completed by spring of 2022, with about 24 two-bedroom, more than 50 one-bedroom and one three-bedroom rental units.

The original building was constructed around 1944 as the home of Aircraft Hydraulic Supplies. By 1947, Gelatin Products Company, which had started up in Windsor in 1936, moved to the site, producing gelatin capsules for the pharmaceutical industry. It was renamed R.P. Scherer of Windsor and for decades its parent company held a near international monopoly for soft gelatin capsules.

The Argyle Road facility continued to produce soft gels, eventually under the name Gelcell Capsules, until 2008.

“The building … has direct associations with the local capsule/drug industry and is a representative part of the history of the pharmaceutical and medicine manufacturing industry in Canada,” Atkinson’s report says.

While Holt hadn’t seen detailed plans of the apartment building, he said it’s phenomenal to see a project that not only provides badly needed infill housing in an established neighbourhood, but also preserves what’s left of a historic art-deco-style façade. “Because it’s a stunning building, the front. They don’t make them like that anymore,” he said.

Coronavirus | Skyways ties up with SpiceJet for vaccine transportation

Scream Factory To Release ‘The Kiss of The Vampire’ Collector’s Edition Blu-ray On July 14th! – Icon Vs. Icon