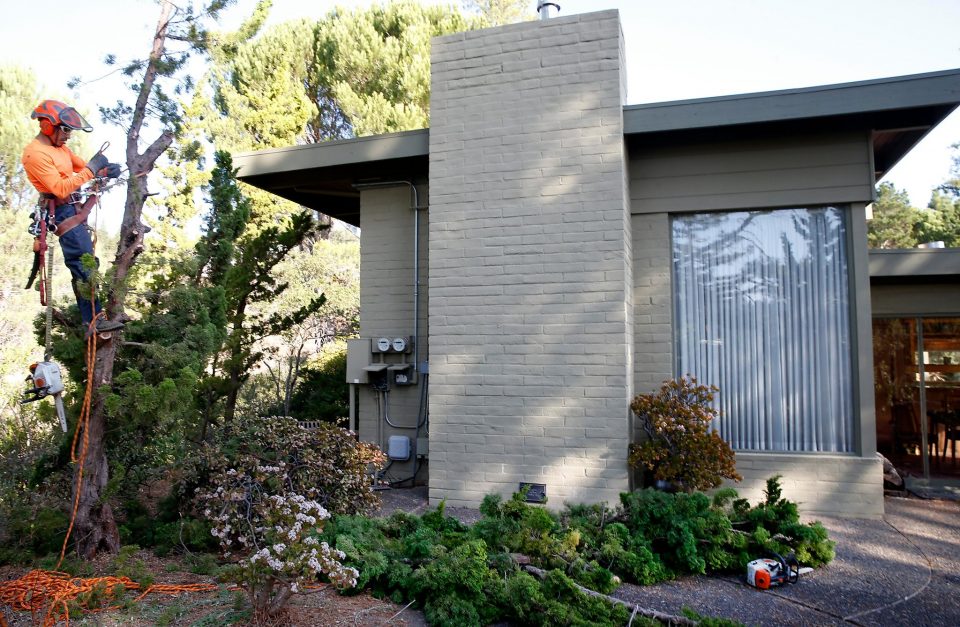 Despite the devastation caused by recent California wildfires, some homeowners don’t want to be told how to protect their property.

Research shows that one of the best ways to protect your home from igniting in a wind-driven wildfire is to remove all combustible materials, including wood bark and almost all plants, from within 5 feet of any structures.

But when the Mill Valley City Council tried this year to require property owners in severe fire hazard areas to create a 3-foot noncombustible zone around their structures, the resistance was so intense it retreated.

In September, it did adopt an ordinance requiring these people in these areas to remove 10 types of flammable plants and trees from anywhere on their land by May 2021. But the group Mill Valley Residents for the Protection of Wildlife sued last month seeking to rescind the ordinance, on the grounds that the city did not conduct a full environmental impact report.

State law already requires property owners in severe-risk areas to take specific steps to reduce fire danger between 30 and 100 feet of any structure, and more intensive measures within zero to 30 feet.

In September, the Legislature passed a bill that would have created an “ember-resistant” zone from zero to 5 feet. Although only one legislator voted against AB1516, Gov. Gavin Newsom vetoed it. 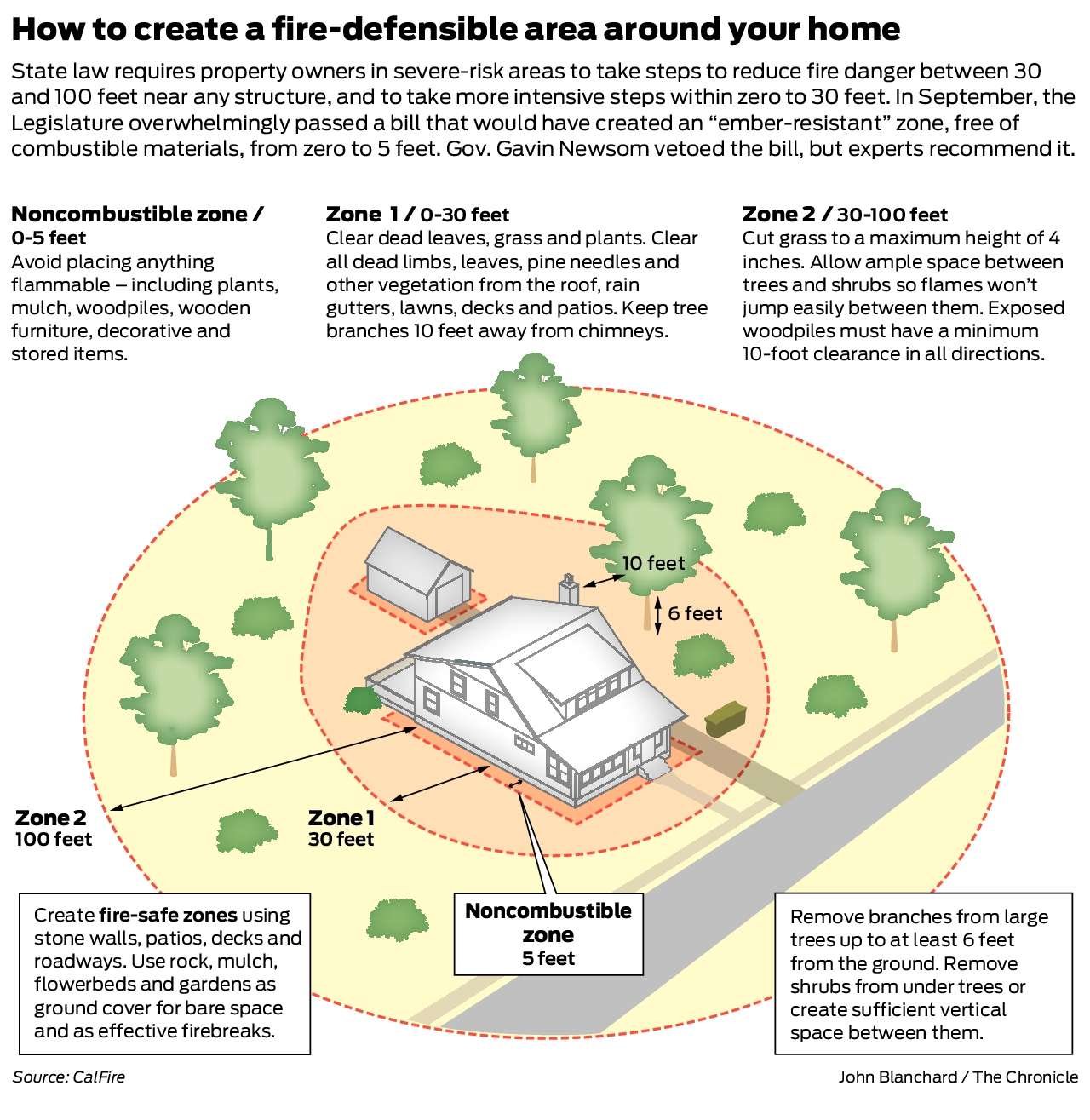 In his veto message, Newsom said that each community is different “and the best practices to achieve resilience need to be crafted to meet the individual needs of that community.”

Asking communities to devise a response is fine in theory. Mill Valley found that in practice, it’s a battle. About 75% of the city lies within the wildland-urban interface, where civilization encroaches on nature. Its narrow, windy streets and forested hills give the town its character, but also put residents in those areas at extreme wildfire risk.

After a year of debate and outreach, the City Council in early August adopted on first reading an ordinance that eventually would have required about 5,000 homeowners in these areas to create a 3-foot hardscape around their homes. The hardscape could contain gravel, concrete, brick, pavers, bare ground, well-watered succulents and redwood trees.

The ordinance required them to completely remove from their property all acacia, bamboo, thuja, juniper, Italian cypress, gorse and four types of broom.

After the August meeting, “there was an explosion on Nextdoor,” a social network for neighborhoods, Mayor Jim Wickham said.

Then a mailer went out from the Concerned Citizens of Mill Valley. The postcard said, “Don’t let Mill Valley City Council HARM THE VALUE OF YOUR HOME! ACT NOW! DEFEAT THE 3 FEET!”

After that, “we could see it getting out of control,” Wickham said. So the council amended the ordinance. It made the 3-foot hardscape voluntary, but kept the mandatory species removal.

At a packed City Council meeting on Sept. 5, the council adopted the ordinance after lengthy debate. A few residents supported it, but many more — including two women from the Sierra Club’s Marin County chapter — assailed it. Some objected to the cost of removing landscaping or the impact it would have on water runoff and wildlife. Some called it an assault on their freedom and privacy. One man wanted the voluntary hardscape language removed because insurance companies might say homeowners had not complied with all local fire-safety recommendations. 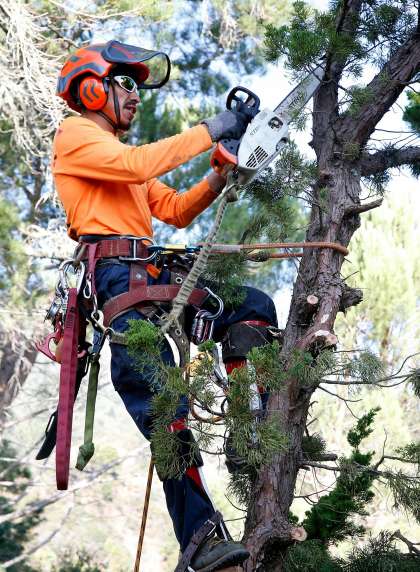 John Leonard, a former Mill Valley mayor, said the town has a fire-prevention strategy, which is “to prevent a major fire from reaching Mill Valley.” In an interview, Leonard noted that “a lot of the architecture is mediocre and saved by the vegetation.” Removing it from around the house will not “achieve a substantial risk reduction that makes sense in any financial or aesthetic terms.” If a wildland fire reached Mill Valley “it would have such impact behind it, evacuation would be the only logical measure we could do.”

Roy Wright, CEO of the Insurance Institute for Business and Home Safety, disagreed. “The 5-foot noncombustible zone is the single greatest act a homeowner can take to limit their wildfire risk,” he said.

The noncombustible zone should include the 6 inches between the bottom of any siding and the ground, said Steve Quarles, who was the institute’s chief wildfire scientist.

Ignitions can happen when flames reach the house, flying embers land on something combustible or radiant heat spreads from a nearby structure fire. Studies have shown that 55% to 90% of buildings ignited during wildland fires were set aflame by flying embers, Quarles said.

In a wind-driven fire, embers can travel for miles. When they land on combustible material on or near a house, they can start a fire that breaks a window, allowing flames into the house. Flames can also enter through an open window, eave or vent.

Combustible materials include most shrubs and plants (even healthy ones usually have dead material inside), bark mulch, wooden benches and planter boxes.

The institute conducted a demonstration in March. In its lab, it blasted a duplex with flying embers. Both sides had the same fire-resistant roof, but the right side had closed eaves, fiber cement board siding, dual-pane tempered glass windows and rock mulch. The left side had open eaves, wood siding, single-pane windows and bark/wood chip mulch. The left side caught fire, the right did not.

Quarles said home-hardening is as important as vegetation management. “If your neighbor’s house 15 feet away ignites, your 5-foot zone may not help unless you have done other things to your house,” he said.

On the flip side, a hardened home could ignite if it’s surrounded by fuel, said Yana Valachovic, a forest adviser with UC Cooperative Extension. After the Camp Fire, she saw a modern home in Paradise (Butte County) that had been built to the newest codes, but had “significant damage” because embers landed on combustible plants and mulch. That started fires that broke the first pane of every dual-pane window in the house. 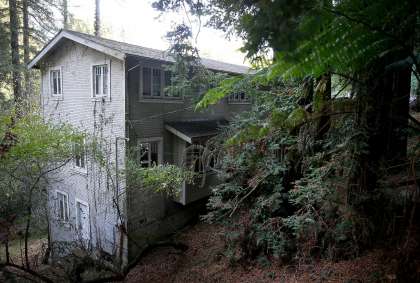 “Our guidance (from the state) is totally silent about what we do outside the front door,” Valachovic said.

The 5-foot zone is still a relatively new idea. And there’s no guarantee it will prevent a home from igniting, said Ray Moritz, a senior consultant with Urban Forestry Associates in San Rafael. “We are saying if you do this, your home is defensible in a possible way.”

Moritz discussed Mill Vallley’s tree-removal ordinance with its fire chief and said it should have included more even more species. “They thought it was not politically feasible (to include them). I think what happened has proved them right.”

The lawsuit challenging the ordinance said it “will result in extreme, aggressive and sweeping eradication of critical habitat for threatened and endangered species, and the resulting ‘taking’ of personal property from private landowners without due process.”

Ginetta Giovinco, an attorney representing Mill Valley, said the city “fully complied” with state environmental laws. She said the ordinance did not need a full-blown environmental impact report because it requires only “minor alterations” of land that are “not going to impact the type of habitat that petitioners are concerned about.”

Fire Chief Tom Welch said he believes that the “silent majority” of Mill Valley residents are getting serious about fuel reduction. Calls to the city’s chipper program, which will chip and haul away yard debris for free if three neighbors participate, “are 100% ahead of where we were last year,” he said. 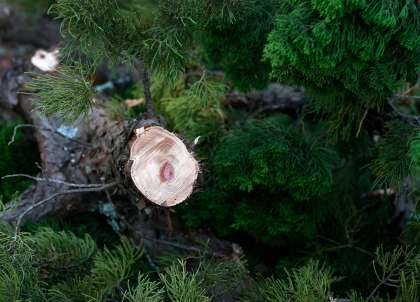 Nick Saribalis said he has had 40 trees, big and small, removed from his Mill Valley property, “for the good of my community and my own house.”

Wright hopes California will respond to wildfires like it did to the drought.

Thanks in part to financial incentives, many people tore out lawns and put in drought-tolerant plants, rock, pavers and, unfortunately, wood bark. Four decades ago, “people would say that’s ugly. Now it’s considered normal, in some ways beautiful,” Wright said. “That tells me California can change.”

India needs to tighten up procurement processes of defence technology: US