Increased visitor numbers to Skellig Michael over the past six years have caused “no measurable permanent material damage”, according to a new draft management plan for the island.

However, the 10-year blueprint for the Unesco world heritage site has advised against extending the visitor season beyond the existing mid-May to September period. It says the current daily limit of 180 visitors on licensed ferries is “sustainable”, and advises against permitting private vessels to land tourists on the island.

The plan also recommends a 1km exclusion zone for drones because Skellig Michael is a nature reserve and an internationally important seabird-breeding habitat. 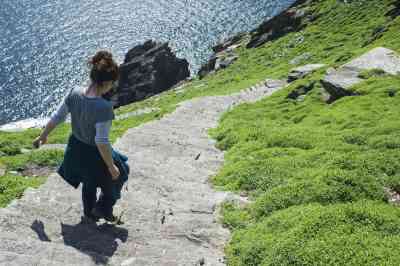 Hikers are drawn to Skellig Michael

Tourism interest in Skellig Michael, 12km off the Kerry coast, soared after it was used as a film set in 2014 and 2015 for