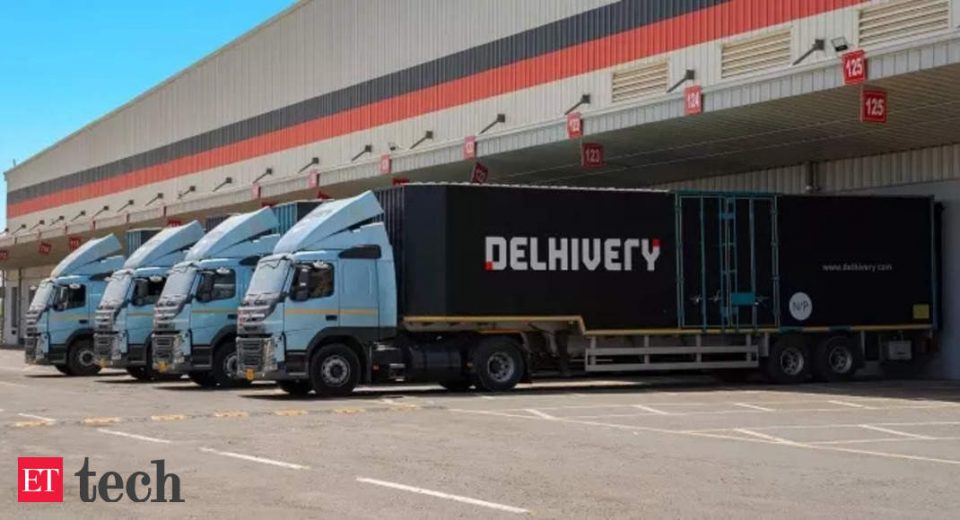 Delhivery’s muted guidance pushed shares 15.6% lower on Thursday after it said high inflation would dent consumer spending and result in moderate growth in shipments for the rest of the financial year.

Shares closed at Rs 471.30 on the BSE Thursday, the first time they have fallen below the issue price of Rs 487. Delhivery listed on the stock exchanges in May.

“While the festive season sale surge in shipment volumes will spill over to the third quarter as well, we anticipate moderate growth in shipment volumes through the rest of the financial year,” the e-commerce focussed logistics company said in a filing to the BSE late on Wednesday.

Delhivery’s forecast is significant as it is the largest third-party logistics player in the ecommerce space and is viewed as a proxy for online consumption and demand trends.

Delhivery said its part-truck load (PTL) business was on a path to recovery and it recorded volume growth in “high teens” volumes in the current quarter on a sequential basis.

Discover the stories of your interest

“A majority of Delhivery and Spoton’s pre-integration customers have restarted shipping through the integrated network,” it said. “We also successfully onboarded more new customers in Q2FY23, driven by improving service metrics. We expect volumes to continue to show a gradual scale up through FY23.”

ET reported on July 25 that
ecommerce sales were tepid for the first half of the year, especially segments considered to be discretionary after the sector saw accelerated growth amid the Covid-19 pandemic.

Companies have, however, had a decent start to the year’s festive season, with Flipkart recording a 25% growth in sales during its flagship Big Billion Day sale.

Experts do not expect inflationary pressure to sustain much longer though.

“I see the growth still continuing to happen though globally there have been talks of recession,” said Rajat Tuli, partner, consumer and retail practice, Kearney. “Currently, that is not visible in India. I do not see muted growth or inflation taking over and people holding back spending. There is enough liquidity in the Indian markets.”

Delhivery reported a net loss of Rs 399 crore for the quarter ended June 30, a more than three-fold increase from the previous year.

This was due to challenges in integrating Delhivery’s PTL business with its acquisition of Spoton and the exit of Singapore-based ecommerce company Shopee creating excess capacity in its operations, leading to higher costs.

But the company said both the businesses have shown substantial double-digit growth compared to the same quarter last year.

“Our cross-border business also showed steady growth on a year-on-year basis despite a global slowdown and a decline in yields for both air and ocean freight,” it said.

Stay on top of technology and startup news that matters. Subscribe to our daily newsletter for the latest and must-read tech news, delivered straight to your inbox.
previous post