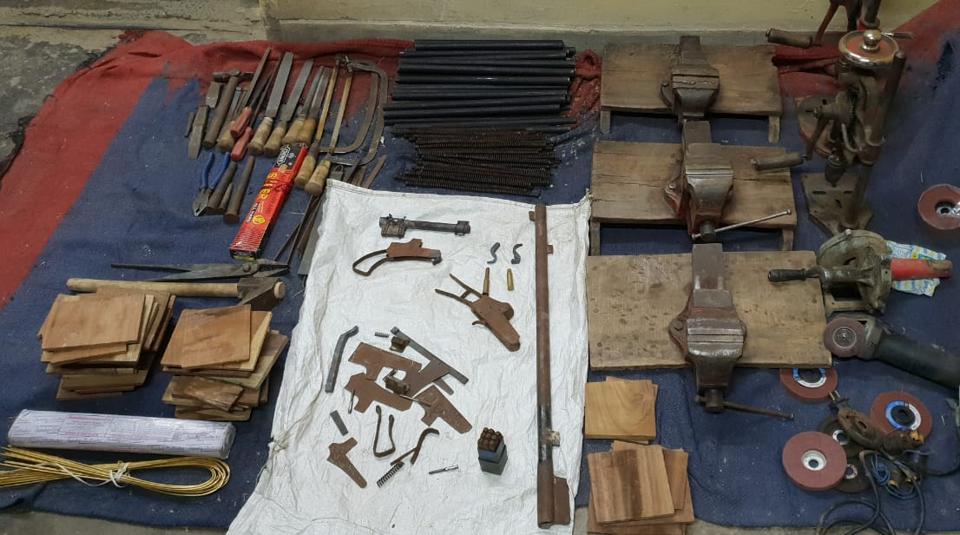 A Delhi Police team that arrested an arms dealer with five country made pistols in September continued their investigations for two months to bust an illegal gun-manufacturing factory in Meerut on Wednesday, police said. Two unfinished country made pistols and 50 barrels that would be used in manufacturing pistols were recovered from the factory operating out of a house in Meerut, said Chinmoy Biswal, deputy commissioner of police (south-east).

Explaining the racket, the DCP said it cost around Rs 500 to manufacture each gun. “The man we arrested would make two guns every day. He would sell it to his immediate buyer for Rs 2,500. Thereafter, the gun would be sold to a retailer for Rs 4,000. It would be sold to the end user for at least Rs 7,000,” said Biswal.

Apart from arresting two middlemen and the manufacturer, this police team has also nabbed an end user from Delhi, said Biswal.

On October 23, HT had reported that at least 1,029 shots were fired across Delhi’s streets between January 1 and October 16 this year that left over 100 dead. Until September this year, the Delhi Police had arrested 2,379 persons with illegal arms and ammunition, but rarely were they able to get to the manufacturers of these weapons.

The events leading to the busting of this gun factory began on October when the special staff of south-east Delhi district police arrested a man named Masroor from south Delhi’s Jasola and allegedly recovered five illegal country made pistols from him.

His interrogation led the police to a man named Fahim from New Seelampur for buying two guns from him, said the DCP. “We wanted to get to the root of the gun racket and interrogated Masoor until he revealed that he was buying the weapons from a man named Asif Ali,” said the DCP. Ali was finally arrested from Sarai Kale Khan on Tuesday, said the DCP.

Ali then allegedly led the police to the gun factory that was operating out of a room in a house in Meerut, said the DCP. “Inside, there was a host of items which were used for manufacturing guns,” said the officer.