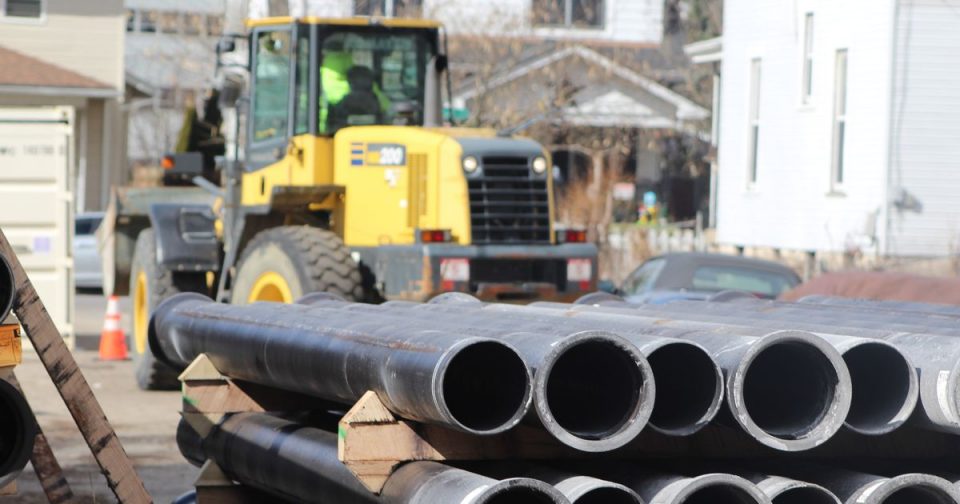 The city also recently shared data showing that its water pipes from the 1940s and 1950s have been replaced at a much higher rate than pipes installed in other decades.

A scarcity of materials during the World War II era may have led to a less durable final product, Powell said.

Dayton is home to about 820 miles of water mains, some of which are more than 150 years old.

Dayton’s first water main was installed in 1869, and the city a couple of years ago estimated about 5% of its pipes were constructed in the 1800s.

“I am continually amazed at those pipes that have such longevity,” Dayton Mayor Jeffrey Mims Jr. said at a recent commission meeting where commissioners approved funding for water infrastructure projects.

Dayton launched an assessment management program in 2013 that seeks to change out about 1% of its water system each year.

Since then, the city has replaced about 67 linear miles of water mains.

Dayton has 820 linear miles of water mains. The city has replaced about 67 miles since starting an assessment management plan in 2013. CONTRIBUTED 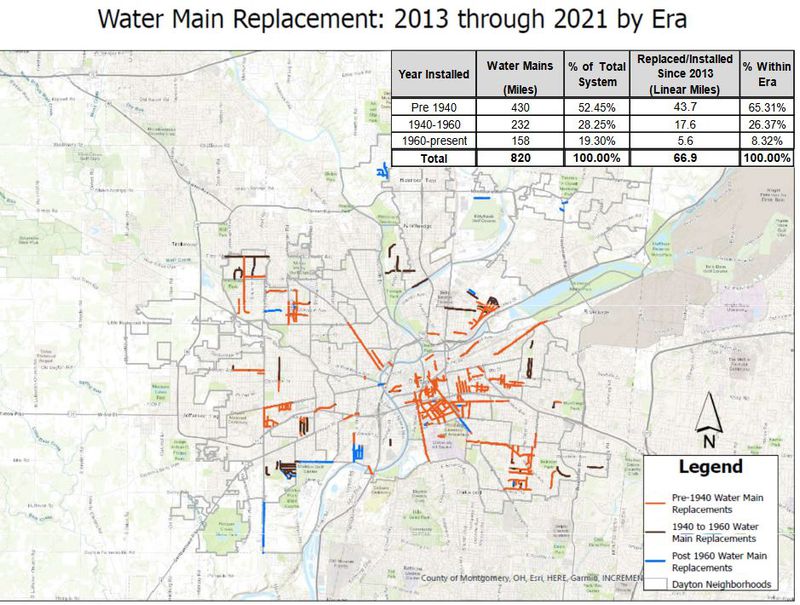 Dayton has 820 linear miles of water mains. The city has replaced about 67 miles since starting an assessment management plan in 2013. CONTRIBUTED

Last year, the city completed seven projects that replaced 5.5 miles of water lines, at a cost of $6.3 million.

This year, the city plans to spend about $10 million to replace about five miles of piping on South Main and East Stewart streets and in areas like South Park, Stony Hollow and inner-east Dayton.

The work, which will be paid for with water capital funds, will replace existing 6-inch mains with 8-inch pipes, which should improve the performance of the water distribution system, said Dayton City Manager Shelley Dickstein. 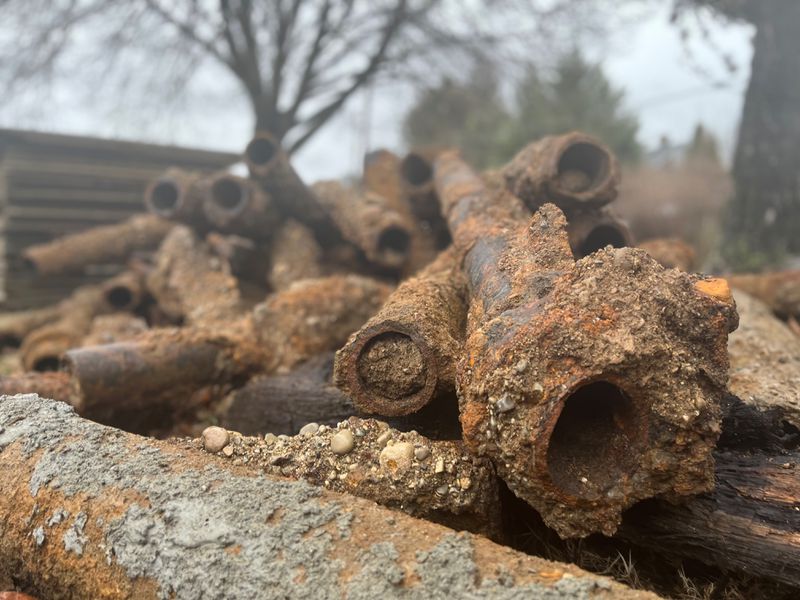 The pipes have reached the end of their useful life, city officials said, and cast-iron pipes will be swapped out with ductile iron.

Since the city established the asset management program, the city has replaced 17.6 miles of pipes that were put in during the 1940s and 1950s.

The city has replaced a significant amount of pipes from those two decades, Powell said.

World War II may have led to a shortage of materials used for infrastructure projects, leading to pipes that were less sturdy and reliable, officials said.

Powell said water mains are prioritized for replacement based on a “risk score” that considers their likelihood of failure and the potential consequences of those events.

Powell said Dayton has seen a steady decline in water main breaks since Dayton started its asset management program, and the city had slightly more than 100 breaks last year.

Be Thankful This Thanksgiving for Manufacturing Technology