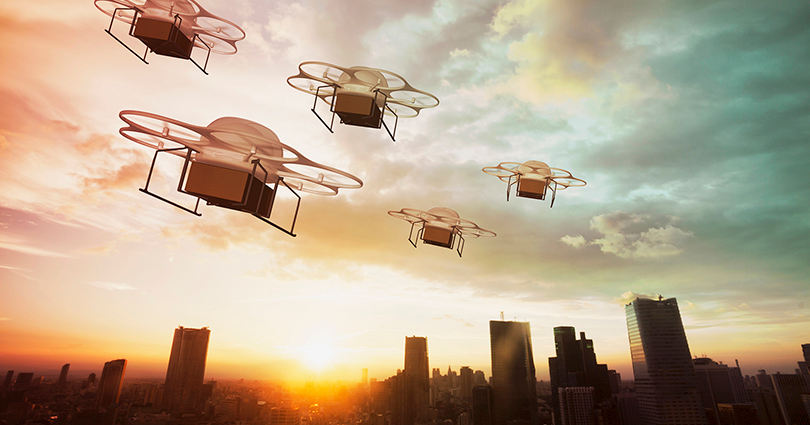 With 2020 being IndustryWeek’s 50th Anniversary, they’ve asked me to look backward and forward to the impact supply chain management has had on U.S. manufacturing.

I came onboard as IndustryWeek’s editor-in-chief in 2006, having spent the previous two decades covering such topics as supply chain management, logistics and artificial intelligence. To me, 2006 doesn’t seem like all that long ago, but when you consider that the iPhone wasn’t even introduced until 2007, you can see that a lot of changes can happen over a relatively short period of time.

When I wrote the first edition of my book, Supply Chain Management Best Practices (Wiley, 2007), here are some of the things I didn’t mention because, frankly, they either hadn’t been invented yet or nobody had associated them with supply chain management yet: drones, the Internet of Things, same-day delivery, omni-channel distribution, machine learning, Uber-style freight transportation apps, blockchain and cobots, to name just a few. Of course, I also didn’t mention the impact the COVID-19 virus would have on supply chains, or any of the other major disruptions we’ve seen in recent years, such as the swine flu of 2009, the Icelandic volcanic eruption of 2010, the Japanese earthquake and tsunami of 2011, or the three deadly hurricanes of 2017. If we’ve learned nothing else, we’ve learned that the supply chain—and the people managing them—are incredibly resilient and adaptive to whatever fate might throw at them.

Let me reflect briefly on how the supply chain has evolved since IW was launched (from the ashes of the late, great Steel magazine) in 1970. For one thing, we didn’t even have anything called the “supply chain” back then. Although the basic concept of supply chain management dates back to the late 1950s, the actual term “supply chain” wasn’t coined until 1982. Also, consider how different running a manufacturing operation must have been in 1970, when the EPA wasn’t introduced until December of that year, OSHA didn’t launch until 1971, and the trucking and rail industries weren’t deregulated until 1980.

In 1970, there was no FedEx, no internet, no personal computers, no cellphones, no Amazon, no Transportation Security Administration, no 3D printers, no Google, no Uber. Nixon hadn’t gone to China yet, so offshoring wasn’t a thing, either. There were no supply chain planning systems, no warehouse management systems, no UPC barcodes, no online marketplaces. I’m sure nobody thought so at the time, but it was a much slower-paced economy than the frenetic pace the supply chain moves at now.

So what might the supply chain look like in another 50 years? Of course, I have no better idea of what that’ll be than anybody else, but since I probably won’t be around in 2070, there’s no harm in going way out on a limb. As fanciful as it sounds, I think that the space-age nirvana that “The Jetsons” TV show imagined way back in 1960 might actually be more fact than fiction in 50 years. We’ve already seen personal airplanes developed, and it shouldn’t take half a century for the technology to catch up with consumer interest and demand (though they might still be priced out of most people’s reach in 2070). Between courier planes and ubiquitous drones of every shape and size, we won’t be talking about same-day deliveries then; it’ll be same-hour. For that matter, every mode of transportation carrier—trucks, rail, ships, planes—will be autonomous. There won’t be a driver shortage anymore because thanks to the Uberization of freight transportation, everybody will be a delivery person.

I can envision the convergence of GPS, RFID, wearable and supply chain visibility technologies to the point that everybody will carry some sort of ID chip on them that will make obsolete the idea of cash and credit cards. Purchase transactions will be immediately deducted from personal accounts stored in the 2070 version of the cloud, which won’t be dependent on computers at all. In fact, most electronic devices will no longer be “electronic” as the greening of society reaches its sustainable goal of being entirely energy-neutral. “Instantaneous” will be the ultimate goal of transactions in the latter half of this century.

In short, in 50 years people will look back with some amusement at how slow-paced the supply chain moved in 2020.

Dave Blanchard has covered supply chain management for IndustryWeek since 2006, and served as IW’s editor-in-chief from 2006-2009. He currently is editor-in-chief of EHS Today and Material Handling & Logistics.