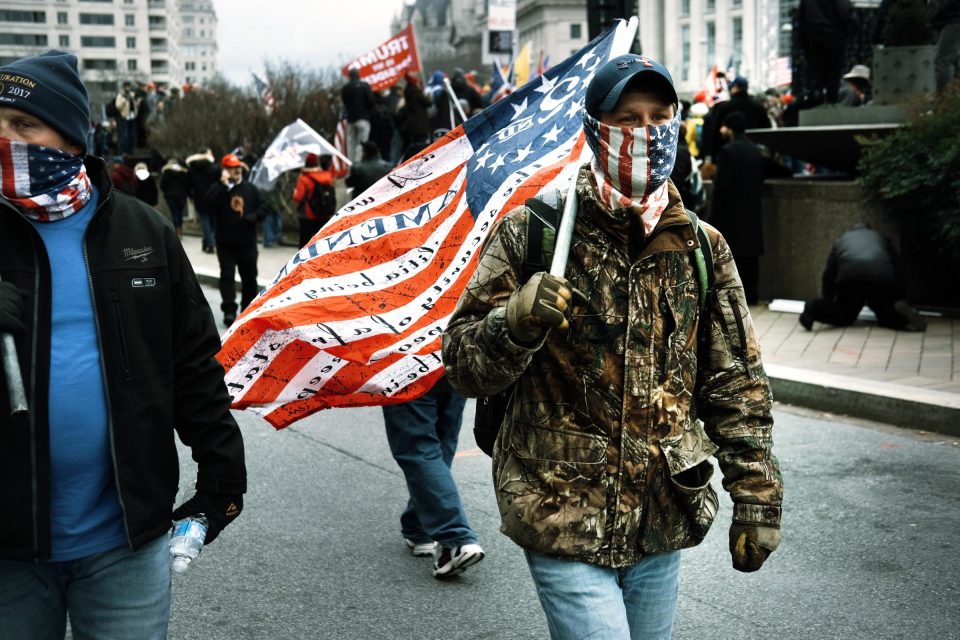 THERE’S been a bit of a rumpus here lately over the possibility that Donald Trump might snub the inauguration of Joe Biden on January 20 by way of a golfing sortie in Scotland.

It’s not that I disagree with First Minister Nicola Sturgeon in her assertion that such a visit would be unacceptable given the newly imposed restrictions on travel because of the coronavirus. But given the prevailing attitude of most Scots towards Trump, he’s rather an easy political target in this regard to be frank.

Besides, there’s a lot more at stake going on right now in American politics if we can just for a moment pull ourselves away from a preoccupation with Scotland and cast our gaze across the pond.

Even as I write this it looks as though yet another nail is being hammered into the coffin of the Trump presidency with news that the Democrats had moved to capture control of the US Senate after Georgia voters elected the Reverend Raphael Warnock and Jon Ossoff.

The election of Warnock, the first black senator in what was a slavery state in the US Civil War and only the 11th black senator in US history, is yet another sign that most Americans are hungry for change and determined to open a new chapter after Trump’s time in office.

With the Democrats taking the Senate, the path for president-elect Biden to enact his first-term agenda looks a lot more unhindered. Or does it?

I throw in this caveat because despite Biden’s resounding election victory and any Democrat gains made in controlling the Senate, I just can’t shake off this niggling feeling that American democracy is not yet safe.

I’m not the only one with such concerns. Earlier this week former president Barack Obama again voiced his own warning of ongoing threats to the fundamental principles of US democracy. Obama’s remarks came after the emergence of a leaked “smoking gun” audio tape of a phone call in which Trump was heard telling Georgia’s top election official to “find” enough votes to reverse Biden’s win in the November election.

And there you have it you see, it’s this persistent refusal to concede defeat and meddling by Trump and some of his die-hard Republican cohorts that troubles me.

The more Trump is forced to face up to defeat the more embittered he becomes and frankly the more dangerous.

More than once in this newspaper and elsewhere I’ve said that Trump’s autocratic tendencies means he would willingly burn the White House down behind him when the time comes for him to walk or be forced out the door.

That time is close and so too my niggling feeling tells me is the moment when he will lob his last political grenade into the battle to prevent those having what he could not have in perpetuity.

We might not have noticed it from afar and I suspect it has passed some Americans by too but the line between democracy and authoritarianism has long since been breached under Trump.

Here is a president who despite an overwhelming election loss and countless other losses in court as he contested the outcome, refuses to accept reality and becoming more bitter at every turn. Right now, with only days remaining in office Trump continues to attack American institutions with a virulence even Washington’s worst enemies in the world had seldom done.

Let’s call this for what it really is. As a recent editorial in the Financial Times rightly pointed out, extraordinary as it may seem, what has been going on in the US lately is little short of an undeclared coup d’état. What else can it be when you even have some Trump loyalists – including his former national security adviser Michael Flynn – saying that the president should declare martial law? If it was only up to Trump doubtless that’s a course of action he would be only too willing to take.

It’s both reassuring and scary at the same time that in response to such threats, every living former US defence secretary has signed a joint letter saying that the time to question the election results is over and that the US military should play no part in changing the result.

Welcome as such speaking out is, the very fact that military chiefs felt compelled to do also speaks volumes about the perilous state of US democracy lately.

Even when deprived of such “official” military backing Trump still looks elsewhere for the muscle that would do his bidding on America’s streets.

READ MORE: Tasmina Ahmed-Sheikh: It’s not having a female leader that counts, it’s everyone

Yesterday, as thousands of pro-Trump supporters including many from the far-right mobilised across Washington to protest at Congress putting the final stamp on president-elect Biden’s victory, Trump was stirring things as hard as he could.

“Our country has had enough, they won’t take it anymore!” and “we hear you (and love you) from the Oval Office.”

So went Trump’s message to the protesters whom police had warned against carrying firearms. The simple inescapable fact is that even on his final days as a US president, Trump remains a dangerous man. Who’s to say that should he fail to ignite things at home he might still yet embrace some provocative overseas military adventure allowing him to create an emergency that once again holds up the transfer of power? Iran for example has long been in the Trump administration’s crosshairs. Absolutely nothing should be ruled out when it comes to this man’s actions and their continuing impact whether he be in or out of the White House.

In its just published annual list of top global risks for 2021 Eurasia Group, the renowned New York-based political risk consulting firm, listed Trump’s undermining of the US democratic process as his most reprehensible act and the one that will continue to have an impact in a world where America’s divisions have global implications.

We have not heard the last of him yet. Trump’s continuing threat is way bigger than any golf sortie to Scotland, unwelcome as that would be.