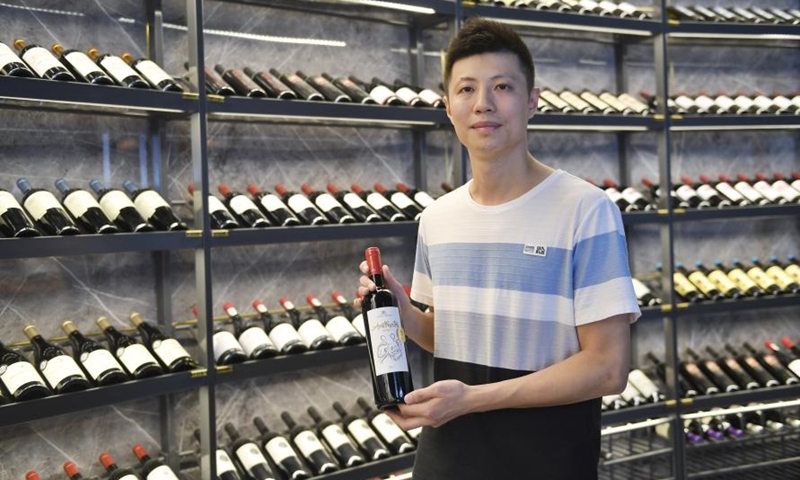 Residents of Chengdu, a city in southwest China known as a major habitat for giant pandas, are able to feast their eyes on products from nearly 40 countries during the Spring Festival holiday.

Located in northeast Chengdu, the Chengdu International Railway Port has set up a cluster of pavilions to showcase and sell choice overseas products, ranging from French wines to German beers and Italian coffee.

Most of the goods were imported via the China-Europe freight trains, a rail connectivity project initiated by China to boost exchanges with European countries. The Chinese New Year shopping tradition has led many locals to flock to the shopping cluster next to the freight rail, in search of variety and great deals. 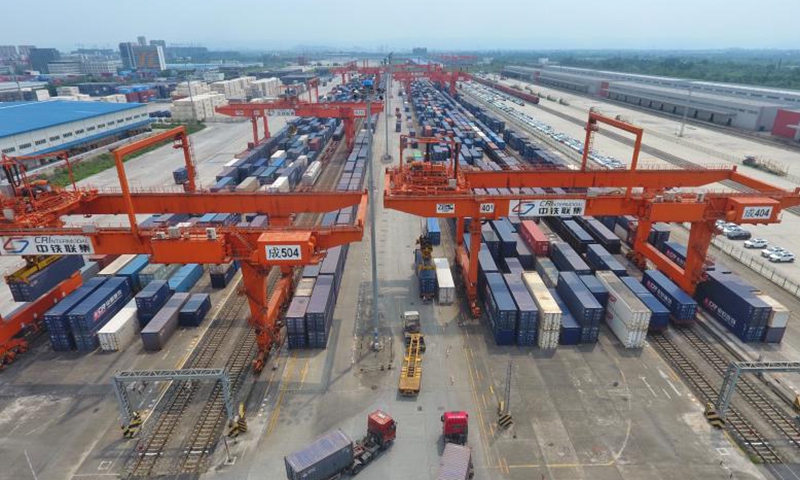 ON A BULLISH RUN

While the number of global flights nosedived and containers piled up in ports in the United States and Europe amid pandemic restrictions, the freight trains continued to travel back and forth between China and Europe. 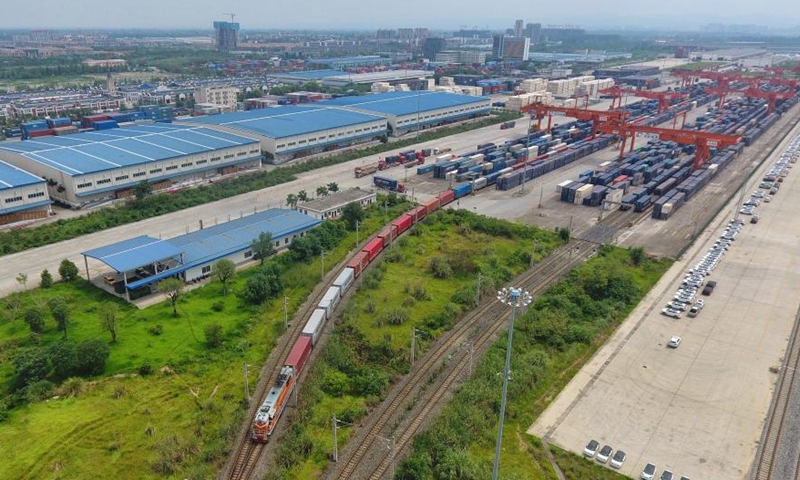 It is reported that the EU statistics agency Eurostat has said China last year overtook the United States as the EU’s biggest trade partner, with the bilateral trade totaling around 586 billion euros (about 711 billion U.S. dollars).

“We have shifted our business focus to freight rail transport, as it’s 70 percent cheaper than air transport and twice as fast as sea transport,” said Zhang Liping, vice manager of a Chengdu-based trade company.

Despite the COVID-19 pandemic, the revenue of Zhang’s cross-border e-commerce business has grown more than 20 percent in the past year, and he aims to double that to more than 500 million yuan (about 77.7 million U.S. dollars) this year. 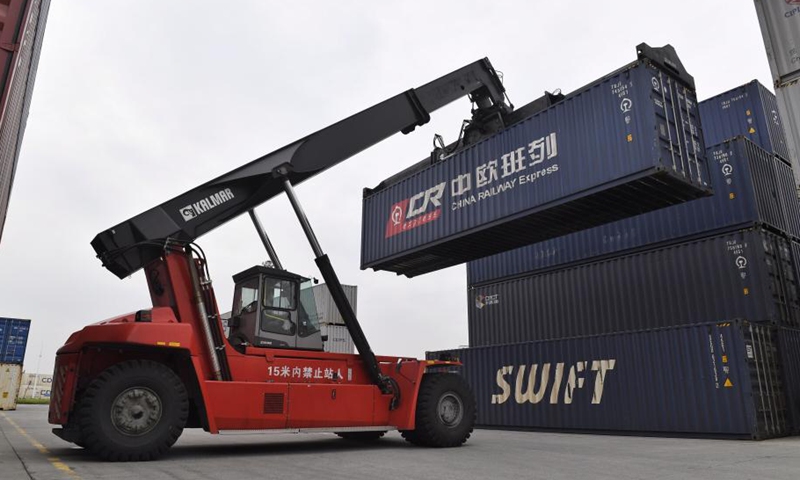 Zhang’s imports are mainly transported via the Alataw Pass, a major rail port in northwest China’s Xinjiang Uygur Autonomous Region. Bordering Kazakhstan, it is China’s busiest rail port in terms of the number of China-Europe freight trains crossing the border.

The port kicked off cross-border e-commerce on Jan. 21, 2020, delivering made-in-China products to overseas online shoppers via the China-Europe freight trains.

In just one year, it has seen over 40 million parcels made in China’s manufacturing hubs such as Dongguan and Kunshan delivered to European consumers.

“Now we have about 14 freight trains passing through the port every day, with over 110,000 parcels delivered daily on average,” said Guo San, director of the railway station’s operation and management office, adding that customized freight trains for cross-border e-commerce were launched last year during China’s online shopping festival in November. 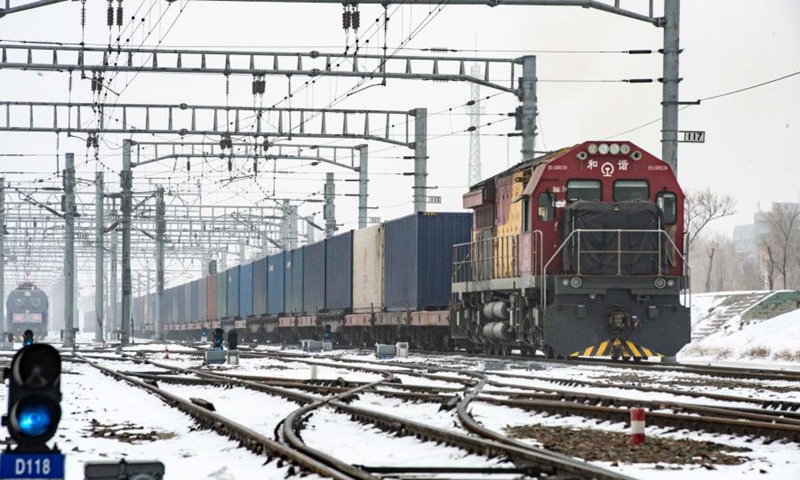 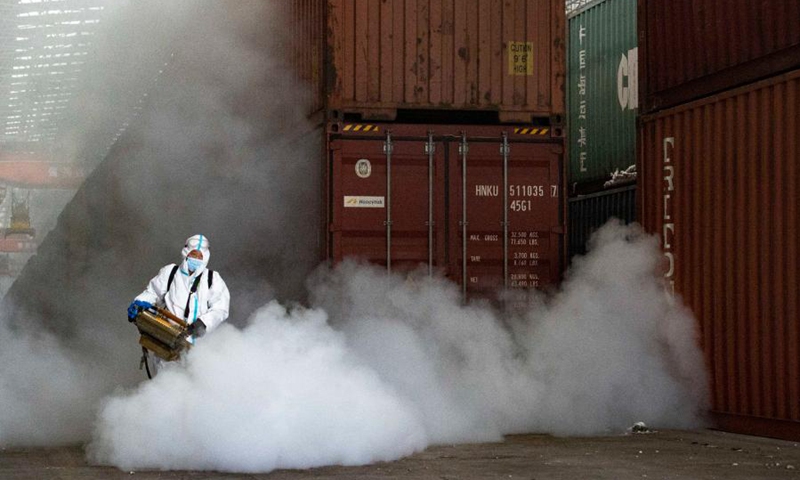 After departing from the Alataw Pass, it takes about two weeks for cross-border e-commerce parcels to arrive in Europe. Though the freight train service’s speed is dwarfed by planes, various parties are making every effort to make cross-border rail delivery as fast as possible.

Many goods ordered online by foreign shoppers are transported to the Alataw Pass by road from warehouses in cities inland before being transferred to the freight trains. The combined transportation method takes just one-fifth of the time it would take to ship the products by sea, according to Sun.

Railway workers make full use of all freight trains to load parcels efficiently and in a timely manner, and customs officials offer round-the-clock services to cut clearing times.

“We are standing by all day long, and we clear orders no matter how late at night they are,” said Zhang Xiaodong, a customs official at the port.

“It’s a shared belief that time matters most for cross-border e-commerce,” Sun said. “A one minute delay means one minute of additional waiting for many, many online shoppers.” 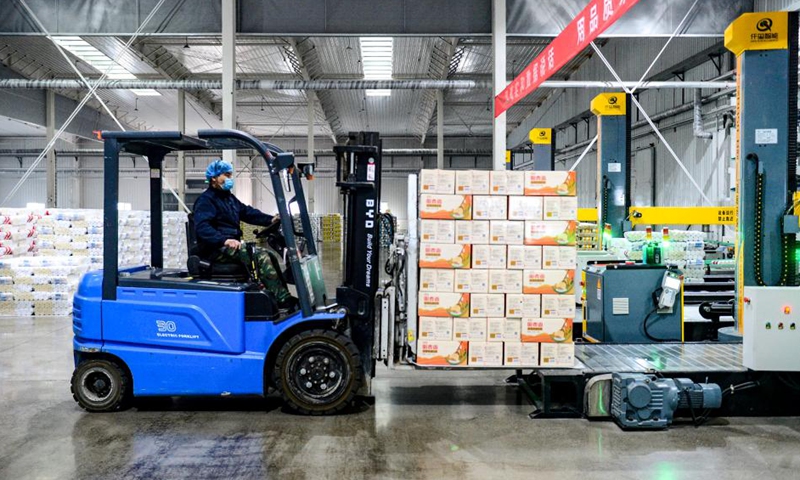 To reduce the risk of cross-border COVID-19 transmission, anyone entering the Alataw Pass or its cross-border e-commerce goods inspection area is required to wear a protective suit. Containers crossing the port go through a series of sterilization steps.

“We are not only racing against time but also against the virus,” said Zhang Xiaodong.