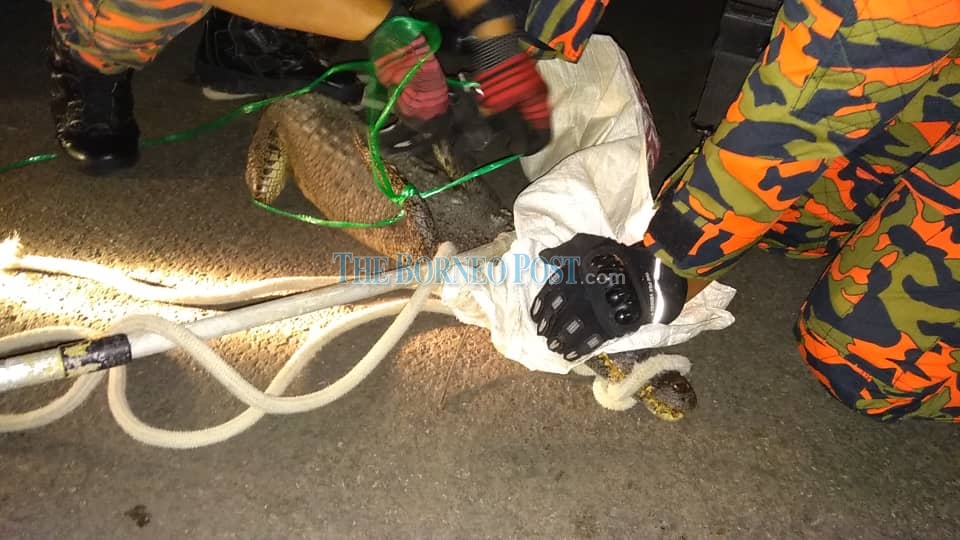 FIremen tying up the crocodile after it strayed into the Samalaju factory.

BINTULU: A crocodile, measuring 1.3 metres long, has been caught on Sunday night after it crawled into the compound of a ferroalloy factory in the Samalaju Industrial Park (SIP).

The Fire and Rescue Department (Bomba) Sarawak operations centre, in a statement, said the department had received an emergency call about a crocodile sighting at around 8pm.

The reptile had been spotted on the road in the compound of the factory.

Five firemen from Samalaju Fire and Rescue Station were then dispatched to the location.

They managed to capture the reptile and later released it to its natural habitat away from public areas.

BROC TICKLE TO FILL-IN FOR AARON PLESSINGER AT FACTORY YAMAHA