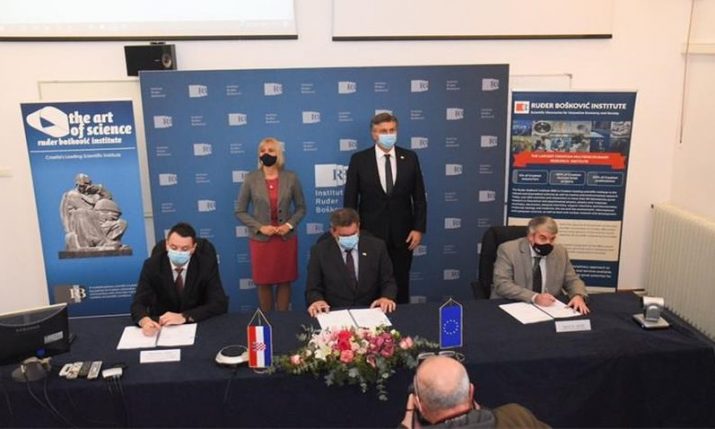 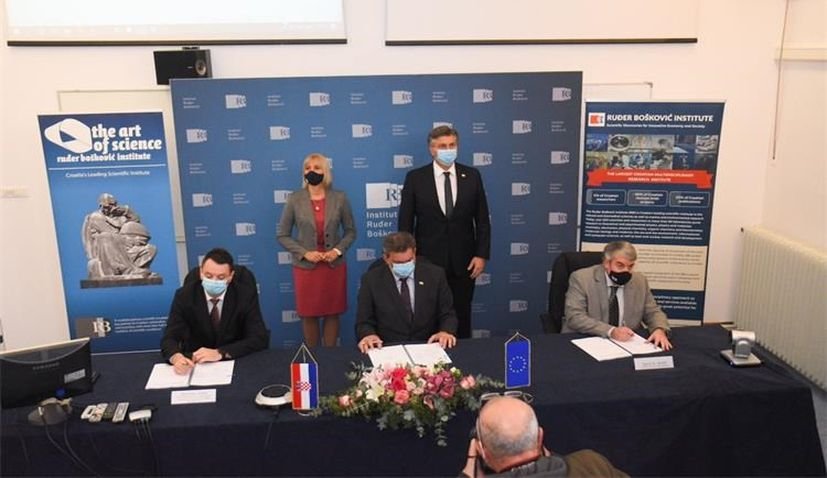 ZAGREB, Nov 16 (Hina) – A signing ceremony for a €70 million contract for the establishment of scientific infrastructure and procurement at the Croatian Ruđer Bošković Institute (RBI) took place in Zagreb on Monday, with Prime Minister Andrej Plenković attending the event.

The O-ZIP project (Open Scientific Infrastructural Platforms for Innovative Applications in the Economy and Society) is a key part of the Institute’s development strategy and is based on strengthening the IRB’s most competitive parts with the aim of closer cooperation with the industrial sector, and it is the largest investment in research infrastructure in Croatia in the last 30 years, it was said.

Plenković said that the government’s goal is to increase funding for research and science to 2.5% of GDP. Our ambition by 2030 is 3% of GDP, and we want a real connection between science and the economy, he said, recalling that in the past three years investments increased from 0.85% in 2017 to 1.11% of GDP in 2019. 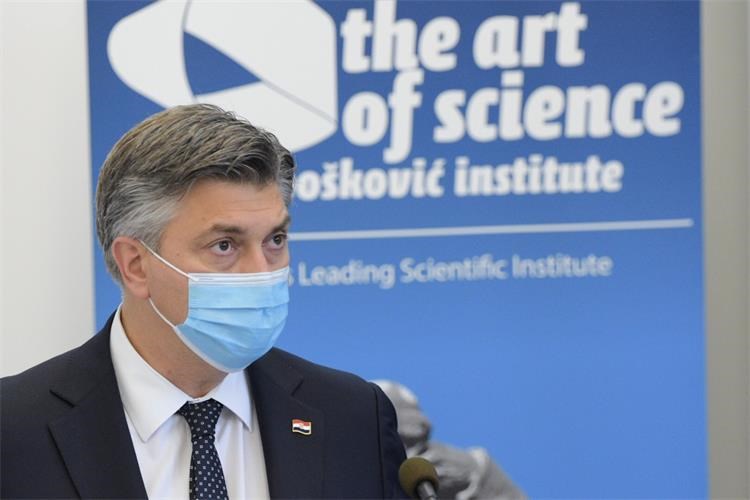 All of this is part of a policy enabling scientists to contribute to the development of the country and young people to get quality education and become more competitive on the labour market, the Prime Minister said.

Science and Education Minister Radovan Fuchs said that this was the largest project in the field of science in Croatia. It will provide the Ruđer Bošković Institute with excellent infrastructure, the lack of which has been an obstacle to its development for the last 15 years, he said.

RBI director David M. Smith thanked all those who had worked on preparing the project, as well as the authorities for their support. Since 2012, when this project was launched, this is the fourth government and the seventh minister, he said.

The project will turn the Ruđer Bošković Institute into a contemporary science institute that will be able to compete with others in the field, Smith said, adding that the RBI employs excellent scientists, five percent of who are foreign nationals and that it accounts for more than a half of Croatian science in leading scientific databases.

The RBI, which this year marks its 70th anniversary, employs a total of 956 people, 738 of whom work in science. The RBI staff lead 34 projects financed from the European Structural and Investment Funds and 102 projects financed by the Croatian Science Foundation.

Build it better: A game-changing new approach to construction procurement