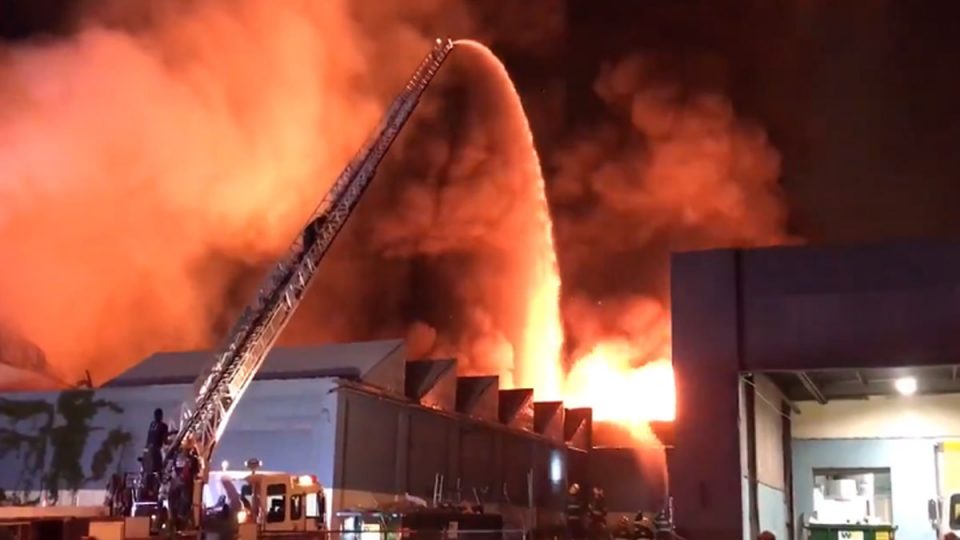 This story originally appeared on NBC10.

Nearly 300 firefighters were battling a six-alarm blaze raging in North Philadelphia Sunday morning as flames crept toward nearby homes.

The warehouse fire broke out on Stokley Street near Fox Street and Hunting Park Avenue around 2 a.m. in the Nicetown-Tioga neighborhood, with crews declaring it a six-alarm incident shortly after 5 a.m. At least one firefighter was hurt, though his or her condition was not immediately known, Fire Commissioner Adam Thiel said.

The storage facility is nearly the size of an entire city block and contained combustible items like paper, forcing the deployment of half of the city’s on-duty firefighters, which numbered nearly 300, Thiel said.

“A six-alarm fire is the largest fire that we’ve had since early 2016, before I arrived here in Philadelphia. So this is a major, major blaze,” the commissioner said.

IN PHILLY: Massive, 5-alarm fire continues to burn in Nicetown/Tioga. This is a large warehouse the size of an entire city block on Stokley Street. @NBCPhiladelphia pic.twitter.com/MgopIF5zzx