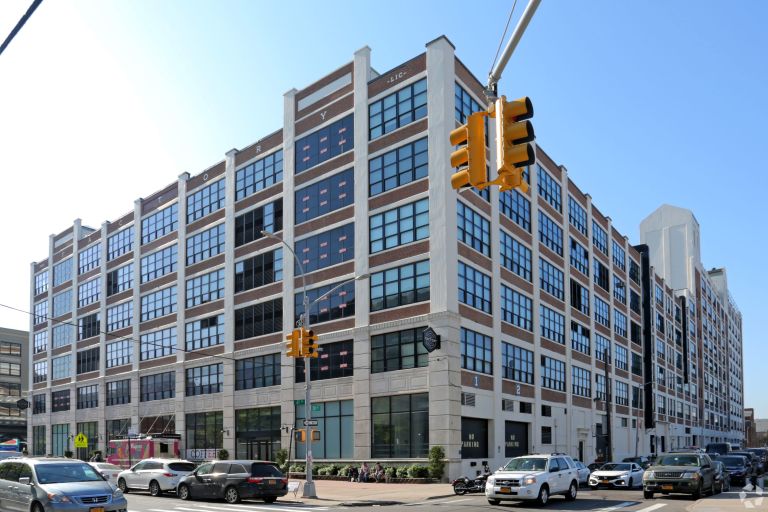 Credit Suisse has provided $300 million to a partnership between Atlas Capital Group, Invesco and Partners Group to refinance existing debt on The Factory LIC, a 10-story, 1.1-million-square-foot office development in Long Island City, Queens, according to city mortgage records and sources close to the deal.

The refinancing retired nearly $160 million in debt from Blackstone Mortgage Trust that was provided in 2016, as per city records.

Sources said Newmark Knight Frank’s debt and equity finance group led by Dustin Stolly and Jordan Roeschlaub were involved in the arrangement of the financing. Stolly and Roeschlaub could not be reached.

The sought-after asset has become somewhat of a beacon drawing tenants to Long Island City, alongside the likes of Savanna’s 50-story One Court Square, which nabbed a $880 million recapitalization in January fortuitously ahead of the pandemic.

Originally built in 1926, the former Macy’s furniture warehouse is located at 30-30 47th Avenue. Two of its largest and most prominent tenants are Macy’s, which occupies 94,000 square feet, and J.Crew. It includes a range of other tenants, from local government offices to Polo Ralph Lauren and clothing company Madewell to a Pizza Factory and French chocolatier La Maison du Chocolat on the ground floor, as per information from CoStar Group.

The ownership group, minus Partners Group, undertook an extensive renovation several years ago to transform the former warehouse into a spacious, loft-style office property, with high ceilings and a typical floor size of around 150,000 square feet. It also sports ample gallery space and a roof deck accessible for tenants.

The $400 million property quickly attracted investor interest via an investment from Partners Group in 2018.

Atlas and Invesco go way back with the building, having first bought it — with partner Square Mile Capital Management — at a bankruptcy sale in October 2013.

Using Spreadsheets as Your ERP? Your Supply Chain Could Take a Hit

Factory output shrank at a lower pace in May – business news

Smart Manufacturing Market 2020 To Witness High Growth In Near Future