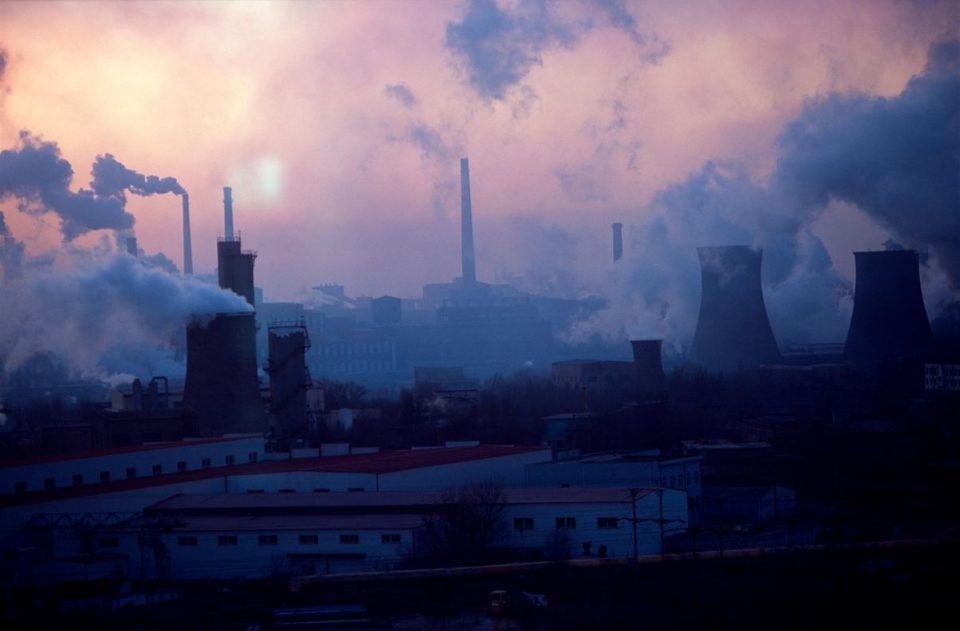 Chinese workers are returning to their jobs, the factory lights have been turned on again, and the place that we have know as the manufacturing epicenter of the planet for the past 20 years gets back at it. However, China is stepping out from quarantine into a very different world.

The exodus of companies leaving China had been underway for years—even before Trump’s trade war and the COVID-19 pandemic—and it’s not something that Beijing has necessarily tried to stem. To the contrary, Beijing is one of the forces driving it.

As China transitioned from a double-digit growing, low wage, low regulation emerging economy to an upper-middle-income country certain fundamentals have started to take hold: higher wage demands, a lack of manual laborers, stricter environmental laws, and an almost unavoidable trade collision with the United States. China can no longer serve the same role that it played since opening up to the global economy in 1978 because the country is no longer what it used to be.

Labor costs are rising in China and the country’s bottomless pit of unskilled factory laborers has already dried up. Wages are rising across the country—it now costs manufacturers $6.50 per labor hour in China, which is $1.50 higher than in 2016 and over twice that of Vietnam.

China’s employment population has also been in decline, as the ramifications of decades of the country’s one-child policy kick in along with a socio-economic shift that’s seeing less and less workers in search of the low-level factory work that has driven the country for decades.

On top of this, the U.S.-China trade war blew in, speeding up the march of companies leaving China, rattling the country’s manufacturing sector even further. In the first half of last year, China’s exports dropped $25 billion as tariffs took their toll and many big producers had their confidence in China shaken. The American Chamber of Commerce in South China found that 64% of U.S. companies in the south of the country were considering moving production elsewhere.

“Six years ago, six or seven years ago, a lot of companies were already talking about China+1,” explained Chris Ong, the managing director of DHL Express in Singapore. “That means they had a lot of manufacturing in China but to de-risk—they didn’t want to put all their eggs in one basket—they were looking around, saying ‘where else can we put an alternative plant?’”

Concurrently, nearby countries, such as Vietnam, Thailand, Cambodia, Indonesia, and Bangladesh began upping their game as suitable manufacturing hubs by making big investments in transport infrastructure and the development of sprawling special economic zones. Vietnam, especially, has been one of the biggest beneficiaries of companies leaving China, as they offer manufacturers access to the ASEAN free trade area and preferential trade pacts with countries throughout Asia and the EU, as well as the USA.

“China moved out of the really low-end apparel [sector] and Vietnam basically sucked it all up,” Ong said. “For example, Nike shoes, the lower range everything is being made in Vietnam now … It’s basically like what China went through 30 years ago, where they were just pulling people into all these factories.”

Meanwhile, environmental considerations have been becoming more and more of a policy point for Beijing, and wide-ranging actions to curb pollution have further risen the cost of production which has had a drastic impact on the bottom lines of companies involved in the energy, textiles, mining, autos, and low-end consumer products sectors.

To top this off, China was hit with the coronavirus outbreak in December that has since spread across the world. Now officially declared a pandemic, combating the virus has affected vast chunks of the country’s economy. In newly reported figures, China’s industrial output plummeted 13.5% over the first two months of 2020—the most precipitous downfall on record—and exports dropped to 2008 global financial crisis levels, with China actually experiencing a trade deficit. Combined with vast declines in retail sales and fixed asset investment, this was China’s worst financial report since opening up to foreign investment in 1978.

Things are looking worse ahead for China, as many of the country’s big export markets are now on the brink of going into their own respective recessions as they plunge headlong into battling the outbreak. In such an economically interconnected world, where the financial health of the U.S. and Europe are important for the survival of myriad Chinese businesses, China’s quarterly reports may not be looking too hot for an extended amount of time.

The COVID-19 outbreak didn’t just shake the fault lines of the global economy, but also the political situation between the U.S. and China. While leaders and diplomats on both sides squabble and accuse each other of being the origin of the outbreak and not taking appropriate action to stem its transmission, the two countries are sinking ever deeper into what some are already calling a new cold war. This means that many of the big U.S. firms that have held out and continued manufacturing in China are going to experience a new degree of risk and difficulty associated with maintaining this position.

“I think it is going to be very costly for China because I think that U.S. companies are going to come under huge pressure to pull out manufacturing and other things, both to diversify for risk reasons and political pressure,” said James Palmer, the author of the Death of Mao and the upcoming Heaven’s Empires.

Ting Lu, Nomura Securities’ chief China economist, dropped his prediction for China’s GDP growth this quarter to -9% year-on-year with an annual GDP projection in the range of a paltry 1.3%.

Over the past few decades the cost of production in China were so low that the occasional economic hiccup was merely the cost of doing business. Today, it’s enough to tip the scales. Rising wages, stricter environmental regulations, trade wars, and coronavirus—a perfect storm of factors that have made it clear that companies need to diversify their production sites and supply chains away from complete reliance on China.

And nobody knows this better than Beijing.

Enter The Belt and Road

China has rapidly undergone a fundamental socio-economic transition, jumping from primarily being an export nation—a.k.a. the World’s Factory—to being a consumption, service driven economy. According to the IMF, China is now the second-largest importer in the world, rising from accounting for 3% of the world’s imports in 1999 to 11% today, trailing only the United States.

But Beijing has not just sat idle watching its companies jump ship like the U.S. did in the 1990s during the first wave of globalization. No, they devised a way to keep them firmly tethered to the motherland by creating a globe-spanning network of China-driven economic corridors, logistics zones, industrial parks and financial centers. While this process had been in progress for years previous, the network was given a name in 2013: the Belt and Road (BRI).

Initially, the Belt and Road was commonly viewed as an expansionist plan to more efficiently spread made-in-China products throughout the world, but on closer inspection we see an array of China-driven ports and logistics zones that are almost invariably connected with new manufacturing zones that are slated to be filled with Chinese companies.

It is not only international firms that are scaling back or leaving China in droves, but Chinese companies as well. They are not immune to the rising costs of production, stricter environmental regulations, and the added costs and uncertainty of trade war. Trent Davies of Dezan Shira & Associates says that the rapid influx of Chinese firms into Vietnam’s industrial zones are pushing their carrying capacities to the limit and that it has become a challenge even finding room for all of them. Cambodia’s Sihanoukville Special Economic Zone is now a thriving hotbed of off-shored Chinese companies, the Sino-Oman Industrial City is slated to serve a similar function out in the desert in Oman, and there are dozens more all over Asia and Africa. The object is to stock these zones with Chinese manufacturers who can not only better access the markets they’re in and the U.S. and EU but also to ship cheaper produced goods and resources back home to China.

“Relocation of industry is a very good indicator of early success and also where this is going,” said Bruno Maçães, the former Portuguese politician and author of Belt and Road: A Chinese World Order . “Steel plants relocating from China to Indonesia [to] benefit from lower labor costs and better trade conditions—you can export tariff free because of these agreements that you have between Indonesia and the EU. So we’re seeing a lot of steel coming from Indonesia, but it’s Chinese steel, of course.”

The end of China’s role as the world’s factory is approaching, but this is what the Belt and Road was built for.

Coronavirus is causing insecurity in the world’s food supply chain

May I Walk With You? Responding to Natural Disasters